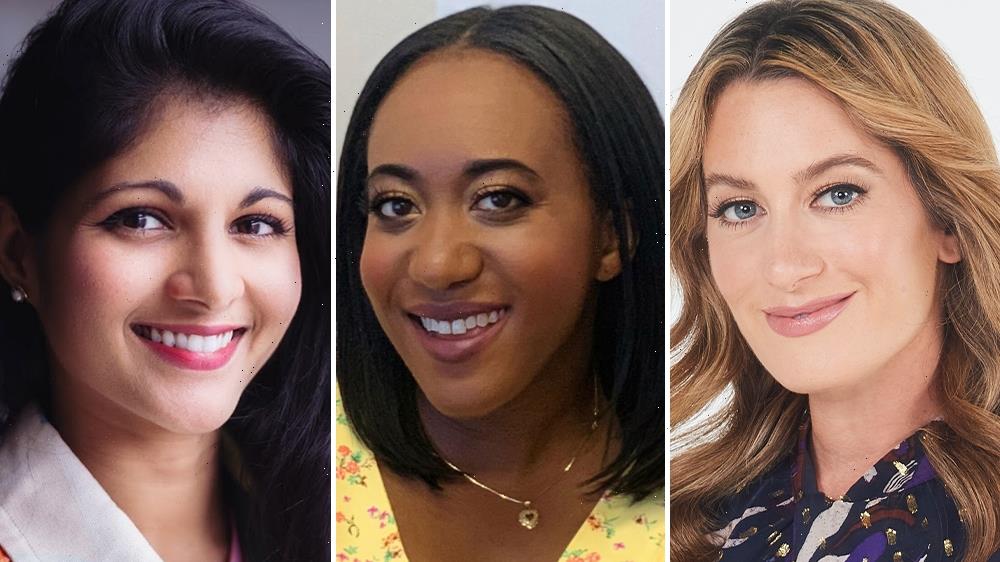 Variety‘s International Editor Manori Ravindran, Senior Entertainment Writer Angelique Jackson and Senior Correspondent Elizabeth Wagmeister have been selected as 2021 Top Women in Media honorees in the category of up and comers.

The Top Women in Media Awards are presented by AdMonsters and Folio to honor women who are making a significant impact in the publishing industry. In addition to up and comers, the awards also honor women in the categories of change-makers, tech trailblazers, entrepreneurs, DEI champions and magnanimous mentors.

“It is so fitting and gratifying that our extraordinary journalists Angelique, Manori and Elizabeth would be honored for their exemplary work. All of us at Variety are so proud of them,” said Editor-in-Chief Claudia Eller.

As international editor, Ravindran, who joined Variety in January 2020, oversees a staff of journalists throughout Europe and Asia while also reporting on major global news stories herself. By December 2020, Ravindran led a 300% growth for international web traffic on Variety.com. She recently won an L.A. Press Club award for her reporting on the suicide of a popular British TV host. Ravindran was recently invited to join the British Academy of Film and Television Arts due to her journalistic contributions to the sector. At 33, she is currently the youngest high-level editor at Variety.

Jackson joined Variety in 2019 as an events and lifestyle producer, and has moved up the ranks to film reporter and then senior entertainment writer in quick succession. She’s written compelling cover stories on such stars as Whoopi Goldberg, Issa Rae and Regé-Jean Page, and spearheaded a special issue with Artisans Editor Jazz Tangcay that looked at Black actors, filmmakers and artisans in the awards race. As a Black woman journalist, Jackson has found ways to cover race and culture as part of the fabric of entertainment journalism, ensuring that Black artists and other people of color get ample and thought-provoking coverage about their work in addition to their heritage. In 2020, Jackson co-produced a series titled #Represent with colleague Audrey Cleo Yap, which assembled actors and creators of color for candid conversations about their experiences in the industry through their own culturally specific lens.

Wagmeister, who joined Variety in 2014, balances many roles for the venerable entertainment brand as a broadcaster, investigative reporter, red carpet interviewer and brand ambassador. She co-hosts Variety‘s new weekly news series “The Take” with Film Awards Editor Clayton Davis. Wagmeister, who was named to Forbes’ 30 Under 30 list in 2019, is one of the top journalistic voices for the #MeToo movement, breaking such stories as the bombshell about Matt Lauer in 2017 that led to his firing as a “Today” show anchor and leading Variety‘s coverage of the Harvey Weinstein sexual assault trial. Most recently, Wagmeister has been covering the Britney Spears conservatorship, which has been bringing forward questions regarding the narrative surrounding women in Hollywood, media and in their treatment in the justice system.

The honorees will be celebrated at a luncheon on Dec. 1 at the Edison Ballroom in New York City.