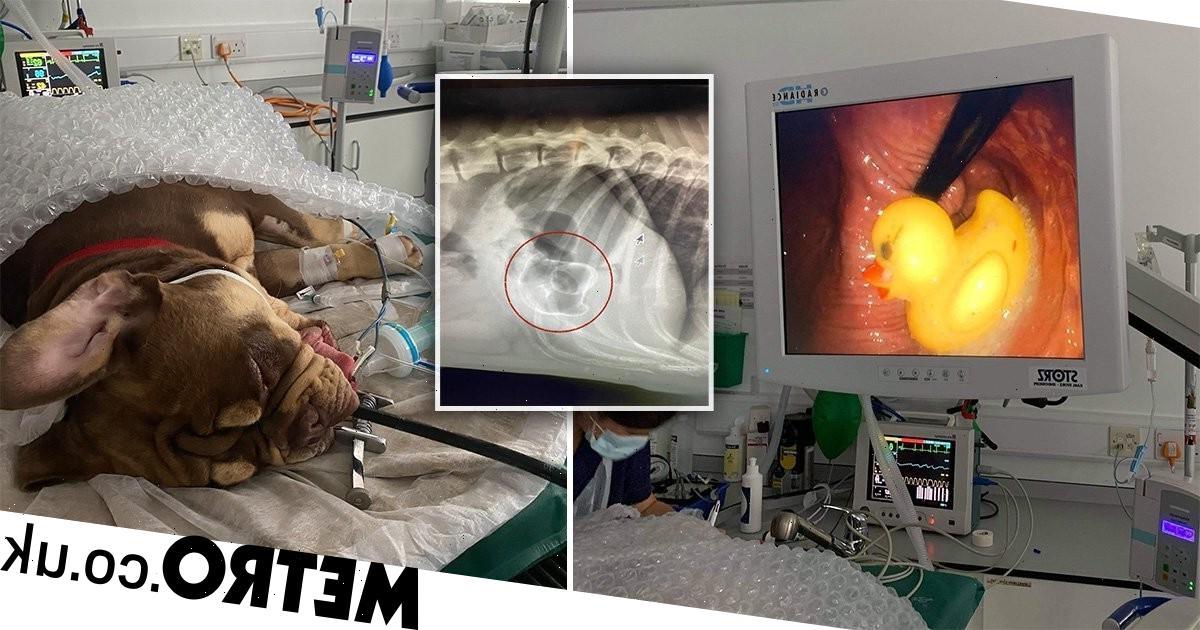 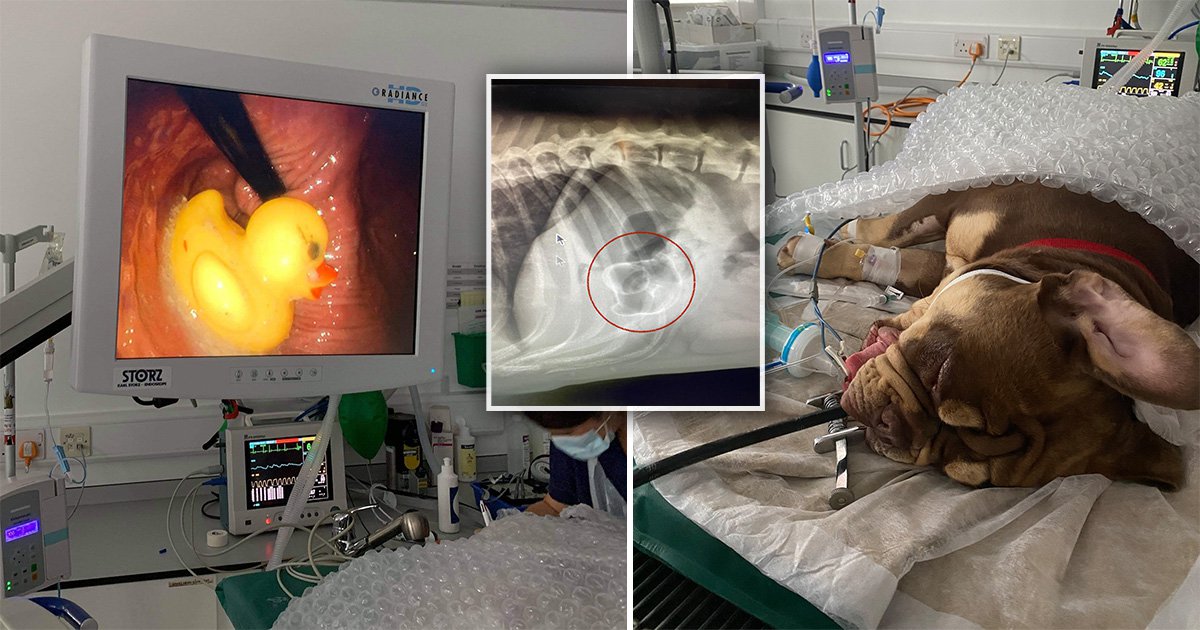 A veterinary surgeon’s job is filled with difficult decisions and intense procedures.

But one team at Pride Veterinary Centre in Derby had a day of work that resembled playing the popular fairground game ‘hook a duck.’

The surgery was carried out on a British bulldog called Ronnie, who had somehow managed to swallow a rubber duck whole.

After using an endoscopy – which involves passing a video camera down the animal’s oesophagus before entering his stomach – the team used a simple loop to pull the toy out of the one-year-old pooch.

Ronnie’s owner, Joe Fisher, says the mischievous canine managed to get hold of the duck from his daughter’s room.

Minutes later, he had swallowed it.

The 38-year-old says: ‘I came down to get Ronnie in the morning and when I opened the stair gate he shot past me and right up the stairs.

‘He ran right into my nine-year-old daughter Edie’s room, picked up the rubber duck that was lying on the floor and ran back down with it in his mouth.

‘I never for a minute thought he’d swallow it. It was so big I couldn’t believe what he’d done.

‘We were obviously really concerned that it might block his airway or something, but he didn’t appear to be bothered at all.’

The dad-of-three quickly rushed Ronnie to the vets where the team sedated him – so they could get an X-ray to see the duck.

Thankfully, the squeaky bath toy was still in Ronnie’s stomach and hadn’t passed to his intestines. But the vets were concerned that it might cause an obstruction – so needed to act fast.

Debs Smith, a senior vet at Pride Veterinary Centre, says: ‘It was possible that we might have to operate but we tried an endoscopy first, passing down a camera and using it to guide us.

‘It really was like playing “hook a duck” and after about half an hour we got the loop around it and pulled it out.’

Following a tremendous effort from the team, the procedure was a success and Joe was able to collect Ronnie from surgery later that afternoon.

He now plans to frame the X-rays and keep the duck as a reminder of the naughty pup’s antics.