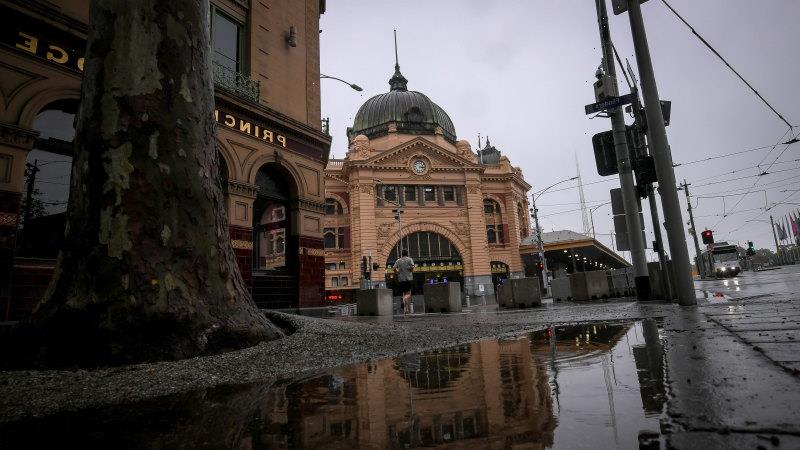 Victorians’ living standards have fallen for two consecutive years, suffering the hardest hit in the country through the coronavirus recession, with signs it could take another year to get back to their pre-COVID levels.

In figures that highlight the economic pain worn by Victorians due to lengthy lockdowns, gross state product per capita – a key measure of living standards – fell another 0.4 per cent in 2020-21. 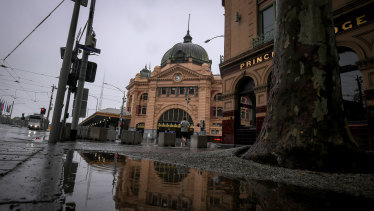 Ongoing lockdowns across Victoria have contributed to a second consecutive fall in living standards for the state.Credit:Eddie Jim

That followed a 1.9 per cent drop in 2019-20, data from the Australian Bureau of Statistics showed. Through the first 18 months of the pandemic, Victoria was the only state or territory to suffer back-to-back falls in GSP per capita. It also occurred as the total population of Victoria fell.

One of the worst affected parts of the economy was hospitality. Household spending across the sector fell by 27 per cent or $3.5 billion last financial year. Including a $3 billion drop in the preceding year, COVID-19 has left the sector most exposed to lockdown laws down by 41 per cent.

The only other area hit as hard was transport as people abandoned public transport and worked from home.

Household spending by Victorian consumers is now back to where it was in 2016-17, pointing to a long and extended recovery.

The overall Victorian economy contracted by 0.4 per cent in 2020-21, following a 0.1 per cent expansion in the first year of the pandemic. It was the first time the economy had contracted since the deep recession of 1991.

The situation would be worse if not for a sharp lift in government spending. While Victoria’s gross state product fell by $1.8 billion last year, government expenditure grew by $8 billion. Since the start of the pandemic, it has climbed by almost $15 billion or 16.3 per cent.

North of the Murray, the NSW economy expanded by 1.4 per cent after contracting by 0.6 per cent in 2019-20. The data does not include the period when NSW went into lockdown midway through this year.

The strongest parts of the Commonwealth were the two smallest states – South Australia and Tasmania.

The SA economy, about a quarter the size of the Victorian economy, expanded by 3.9 per cent in 2020-21. It is the first time since the ABS started compiling the data in 1990 that SA has outperformed its state and territory peers and was a strong bounceback from a 1 per cent contraction the previous year.

It just eclipsed Tasmania, whose economy grew by 3.8 per cent while the nation’s capital grew by 2.8 per cent.

CommSec chief equities economist Craig James said both the Northern Territory, where the economy contracted by 0.6 per cent, and Victoria had suffered from the closure of foreign and interstate borders.

“The Victorian economy was buffeted by regular lockdowns, hindering what could be considered ‘normal’ operation of the economy,” he said.

Prime Minister Scott Morrison, at the construction site for the new Western Sydney Airport on Friday, said the nation could not take the economic recovery for granted but there were clear signs of strength.

“The Australian economy is taking off. That’s what’s happening as we come out of this pandemic,” he said.

While the economy is rebounding, the federal budget bottom line remains mired in the red. On Friday, the Australia Office of Financial Management revealed gross government debt reached a record $861.5 billion.

Next week, the office will sell $300 million of debt that will not be repaid until 2051.