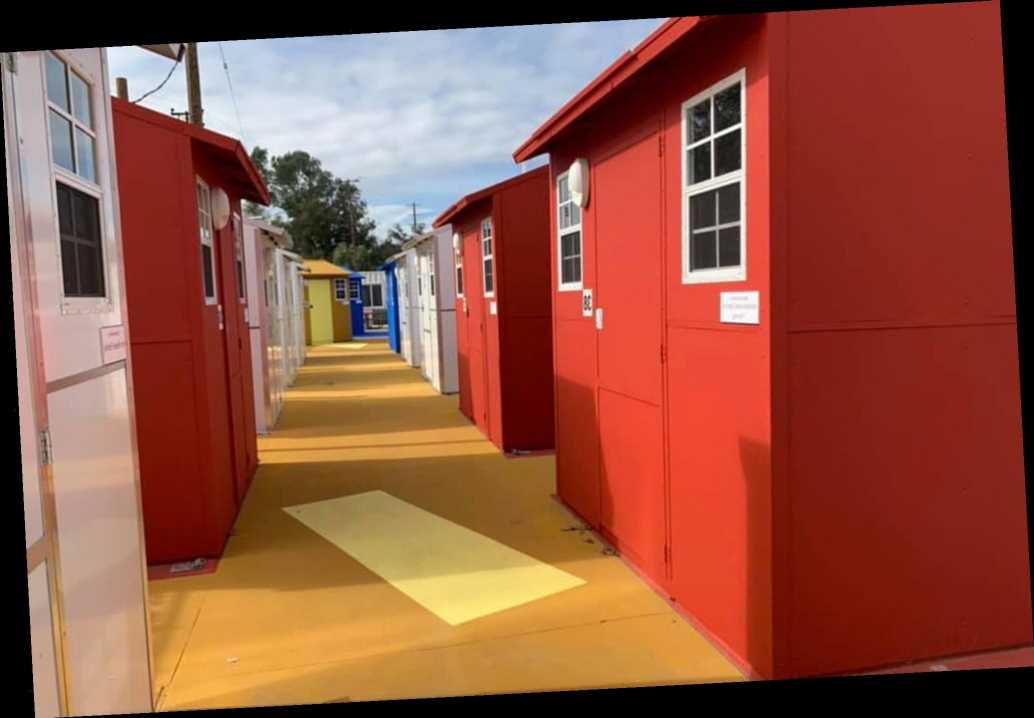 There’s a new “village” in Los Angeles — and it’s filled with tiny homes.

The first village — which was built on Chandler Boulevard in partnership with the City of Los Angeles — has 40 tiny homes and 75 beds that Hope of the Valley will be offering to people who are trying to find permanent housing.

Each of the tiny homes is 64 square feet and has two beds, heating, air conditioning, windows, a small desk and a front door that locks, according to the website and a video tour of the village led by Hope of the Valley founder and CEO Ken Craft.

Residents will also have access to a hygiene trailer, with five showers, five toilets and five sinks and a laundry facility, which has five washers and dryers. Residents will also be given three meals a day and some of the tiny homes are even wheelchair accessible.

The village is also pet-friendly and has a dedicated dog run, according to Craft’s video tour.

“This is an incredible community where people will live together, but they all have something in common: they’re trying to exit homelessness,” Craft said during the tour. “They’re trying to overcome the obstacles and barriers that are keeping them unhoused.”

The Chandler Boulevard village is the first of its kind in the Los Angeles area, according to the nonprofit.

However, Hope of the Valley is planning to open another village in April. The village, at Alexandria Park, will have 103 tiny homes and 200 beds, according to the nonprofit’s website.

In the caption on the video tour, Hope of the Valley said its village will give people the chance to get back on their feet.

“A tiny home provides security and peace of mind, allowing residents to lock their personal belongings and leave their shelter to engage in their community, access jobs and participate in other critical activities on their way to placement in permanent housing,” the nonprofit wrote. “We are doing our very best to MAKE HOMELESS HISTORY!”