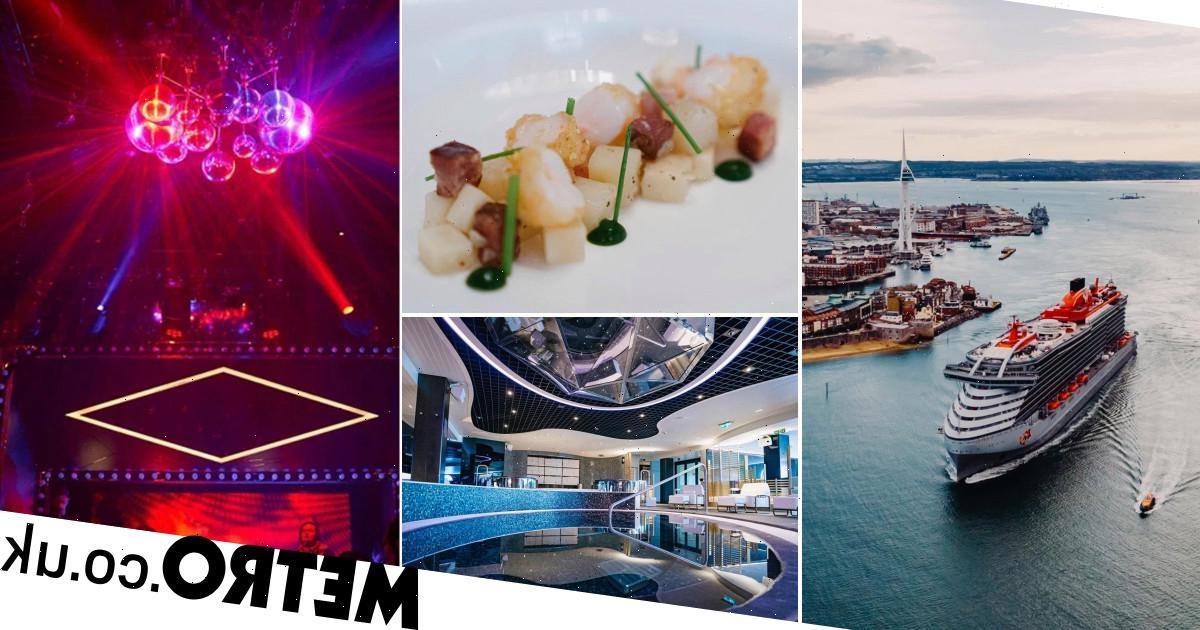 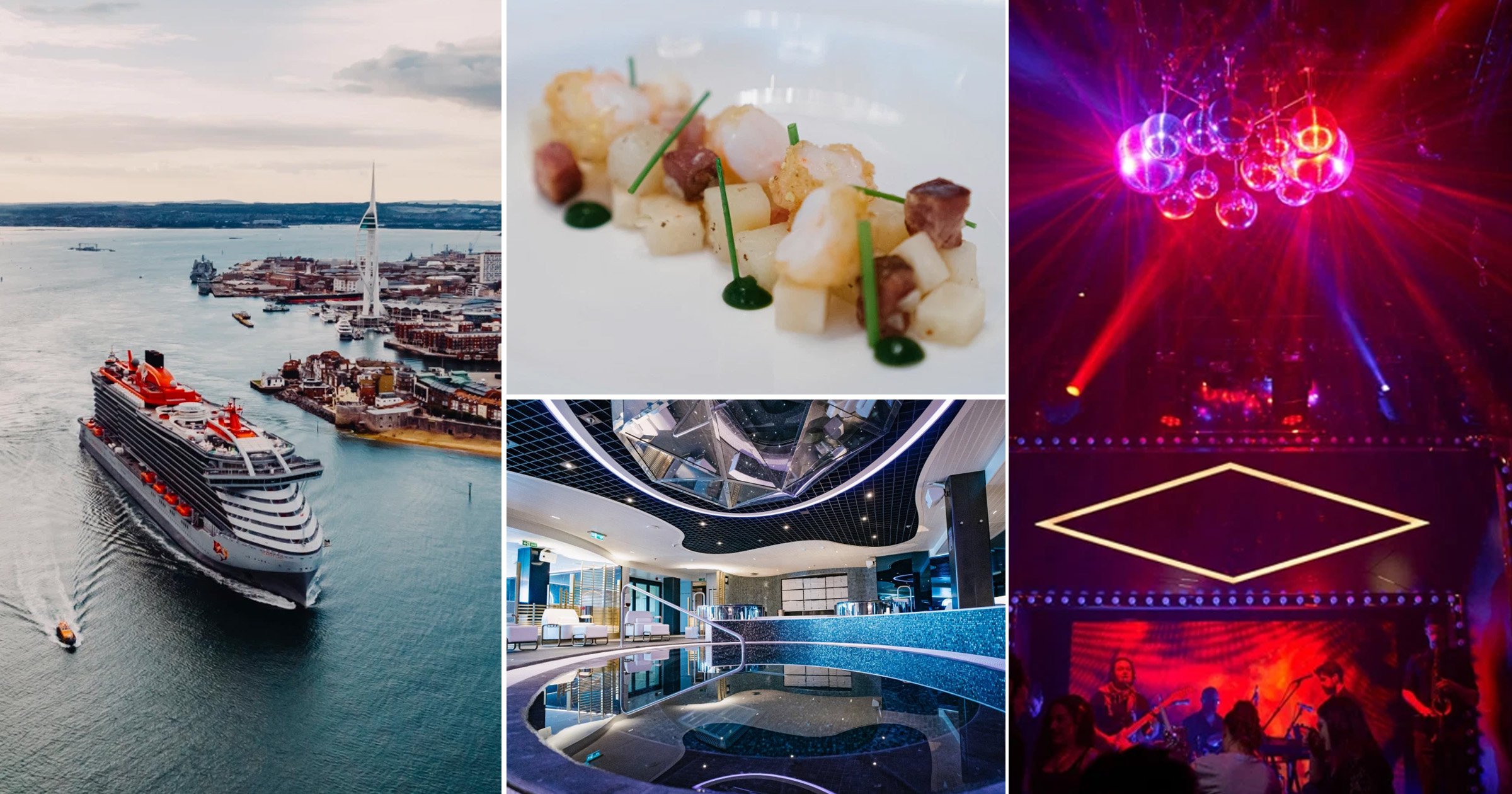 On the stage in front of me, a couple in their late 20s have been persuaded by a straight-talking American woman brandishing a whip to give a demo of their technique for – ahem – ‘oral pleasure’, using pieces of fruit.

Carnival masks and condoms are distributed to the audience, waiters are delivering colourful cocktails, and despite it being just two o’clock in the afternoon, the overall mood can only be described as slightly delirious.

I’m attending Never Sleep Alone, a high-octane sex and relationship workshop which is just one of many events offered on board the Scarlet Lady, the first ship from Virgin Voyages; as if recently conquering space wasn’t enough, entrepreneur Richard Branson is now trying to disrupt the competitive cruise market – and how.

As the female half of the couple nearly chokes on her banana, the crowd erupts into laughter, and our hostess – ‘Doctor’ Ava Russell, singer, performer, and fictional sexologist – rewards her with a voucher for free champagne.

Saga Cruises, this is not.

I emerge from the show immediately faced with several dilemmas. Do I head to the Redemption spa to sweat out last night’s alcohol? Should I get an anchor on my wrist from the tattoo parlour, Squid Ink (which uses original vegan ink from the World Famous Tattoo Ink company)?

Are any of my shipmates up for a gig, a flutter at the casino, a pub quiz or make-up demo?

Not to mention a drag brunch, afternoon tea or early dinner at one of the 20 bars and restaurants scattered around the ship’s 17 decks..? It’s ruddy exhausting, this cruising business.

Branson’s new ocean-bound offering is adults-only, and while it’s not officially aimed at Gen Z and millennials, there’s enough onboard to satisfy their cultural preoccupations – from vegetarian and plant-forward dining, to neon Insta-opps galore.

The bars and restaurants are designed by hip names such as Tom Dixon and Concrete Amsterdam, with staff uniforms by avant-garde fashionista Gareth Pugh.

Scarlet Lady was set to embark on her maiden voyage around the Caribbean early last year, until the pandemic happened. As a result, she won’t be heading to her new port of Miami until October.

Until then, she’s been doing several short UK ‘seacations’ throughout August sailing from Portsmouth along the south coast. I get chatting to two girls from London – Lauren, 27, and Hannah, 29, in the spa, and ask them what they think so far.

Facts about the Scarlet Lady

‘Cruising is something my grandparents always did,’ says Lauren, ‘so I never considered it before now but I was intrigued by this as it seemed to cater for a lot of my interests.

‘We’re loving it – we did karaoke last night and a spin class this morning. It’s what we’d do at home, except the equipment here is better than at my gym.’

Hannah adds: ‘Our generation is probably never going to be able to afford to buy a property, so we might as well spend our money on nice experiences.’

Throughout the next couple of days, I sign up for a hilarious 80s-style fitness workout led by three of the defiantly un-cheesy onboard entertainers, get my eyebrows waxed at the beauty salon and eat everything from steak to sushi (nearly all food is included).

On the last night, I find myself in the ship’s spacious theatre, howling with laughter at a show by comedy group Mr Thing, who were scouted at the Edinburgh Fringe.

So, have I become a cruise convert after all? Yes – this heady, surreal, adrenaline-pumped experience definitely floats my boat…

How to get your Metro newspaper fix

Metro newspaper is still available for you to pick up every weekday morning or you can download our app for all your favourite news, features, puzzles… and the exclusive evening edition!