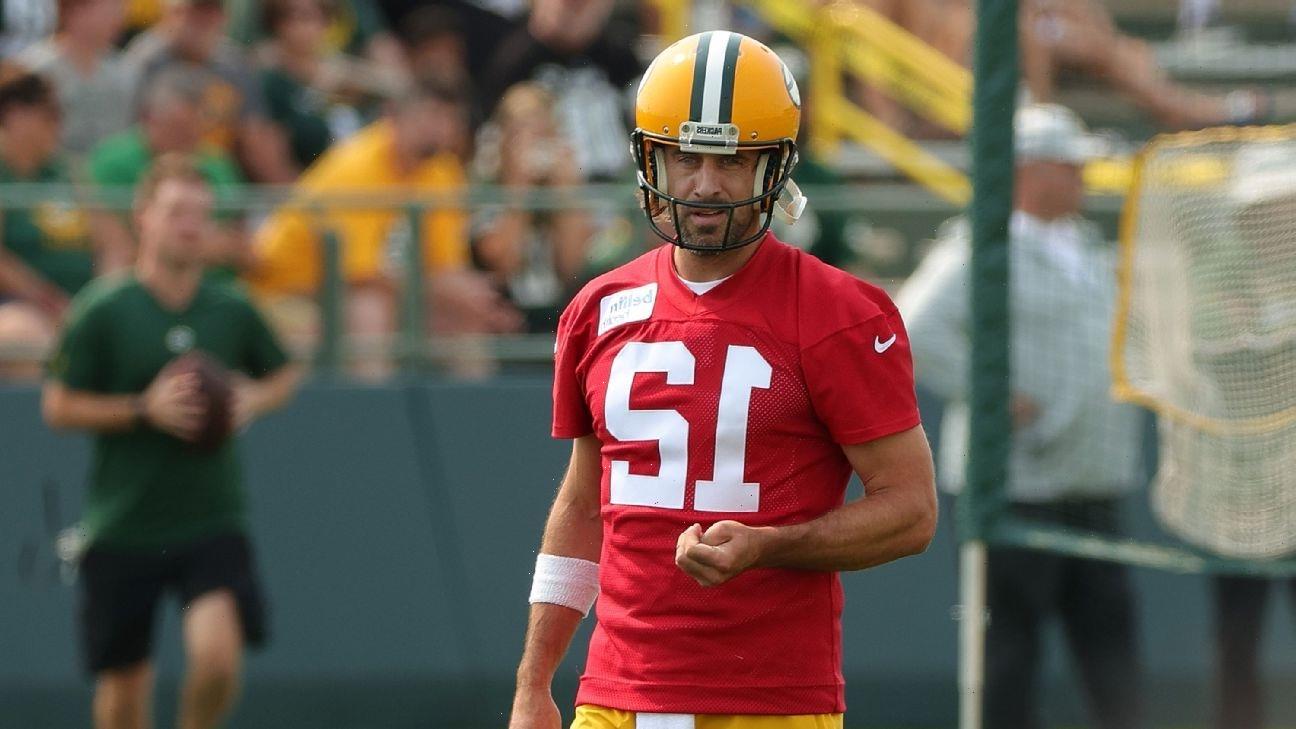 Aaron Rodgers is back, and, after a volatile week that saw multiple sportsbooks take the Green Bay Packers off the board, the betting market has stabilized, and the Packers, are once again considered Super Bowl contenders.

Over the weekend, with rumors swirling in the betting community that Rodgers would retire, the Packers’ odds to win the Super Bowl drifted to as long as 40-1 at the SuperBook at Westgate Las Vegas, one of the sportsbooks that elected to temporarily halt betting on Green Bay offerings. By Wednesday, with Rodgers at training camp, the Packers are around 12-1. Only the Tampa Bay Buccaneers and Kansas City Chiefs have better Super Bowl odds than the Packers at the SuperBook.

Las Vegas-based sportsbook Circa Sports kept Green Bay’s odds on the board, despite the uncertainty with Rodgers, and attracted bets on the Packers not to make the playoffs and on the under on their season-win total of 9. Green Bay’s win total dropped as low as 8.5. It’s back to as high as 10.5 at some shops. At one point, the Minnesota Vikings were the favorite to win the NFC North. Now, the Packers are back as odds-on favorites to win the division.

On Saturday, bettors also backed the New Orleans Saints in their Week 1 home game against Green Bay, causing the point spread to grow from -2.5 to -3.5 at Circa. Two days later, as reports began to surface indicating Rodgers was going back to the Packers, the line on the game moved dramatically. In six hours Monday afternoon, the line flipped from Saints -3.5 to Green Bay -2.5 at Circa.

“We were able to make some moves quickly, but we did take some bets on the Packers moneyline against the Saints, Packers over season wins and Packers to win their division,” Circa sportsbook manager Chris Bennett told ESPN. “We’ve now got those numbers close to where they were way before the news that he was disgruntled and considering not playing for the Packers ever again.”

The Rodgers rumors and news over the last few days did fuel betting interest on the NFL during a time when there’s typically not much. FanDuel reported taking a “good amount of sharp money” over the weekend on the Saints over the Packers.

Bennett said almost all of the NFL bets Circa took over the last few days were related to the Packers.

“It’s all been about this Aaron Rodgers information,” Bennett said.