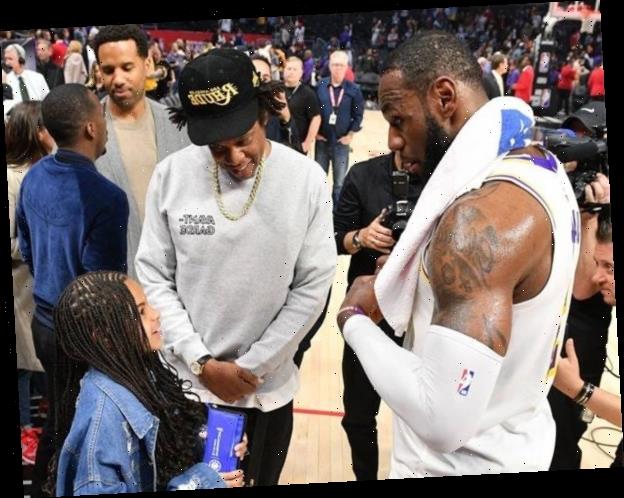 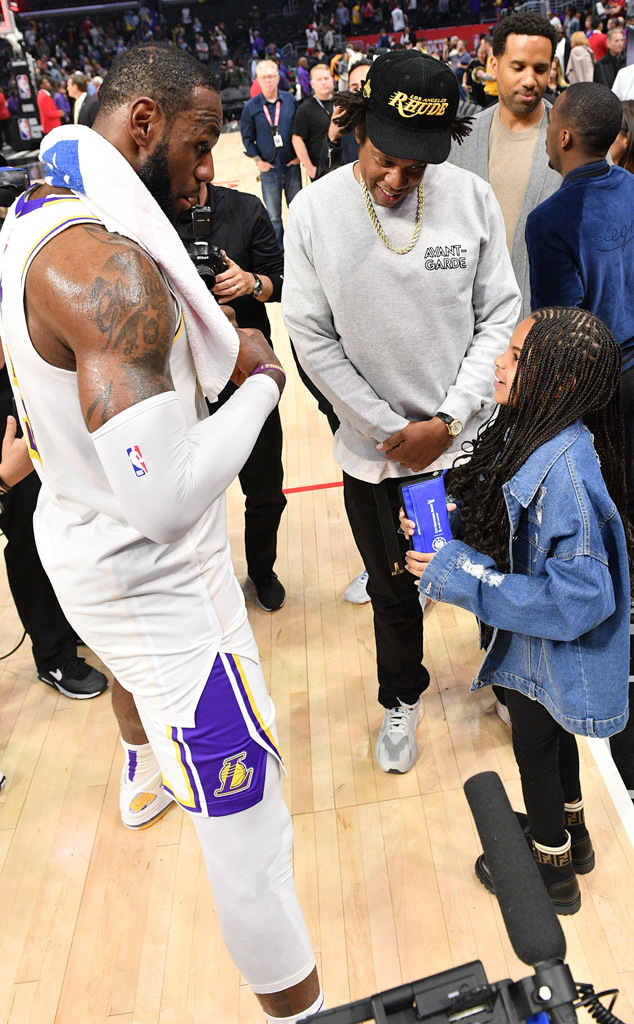 Even celebrities get starstruck.

Beyoncé and Jay-Z‘s firstborn Blue Ivy Carter proved this to be true while meeting LeBron James at the Los Angeles Staples Center on Sunday.

After the Los Angeles Lakers beat the Los Angeles Clippers with a final score of 112 to 103, the father-daughter duo made their way onto the court to greet the basketball pro. That’s when 35-year-old athlete learned the little lady had a special request.

At first, the 8-year-old star asked her 50-year-old dad to relay the message.

“I can’t do it,” the rapper replied, per a video shared by ESPN. “If you want it, you gotta tell him….You almost got it out. Yeah, just do it.”

Blue Ivy then asked the player for an autographed ball.

He then promised to send it to her “soon.”

The moment was certainly a great way to end Blue Ivy and Jay-Z’s father-daughter outing. During the game, the two sat courtside and enjoyed a few snacks.

They also kept their looks cool and casual for the event. Blue Ivy wore black leggings, Fendi combat boots and a denim jacket with the words “Blue Is My Name” on the back. Meanwhile, her father donned a gray “Avant-Garde” sweatshirt, black pants and a Los Angeles Rhude hat by designer Rhuigi Villaseñor. 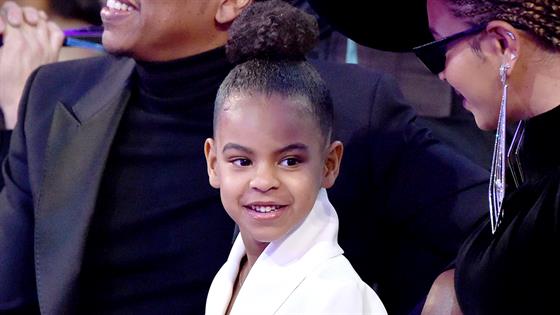