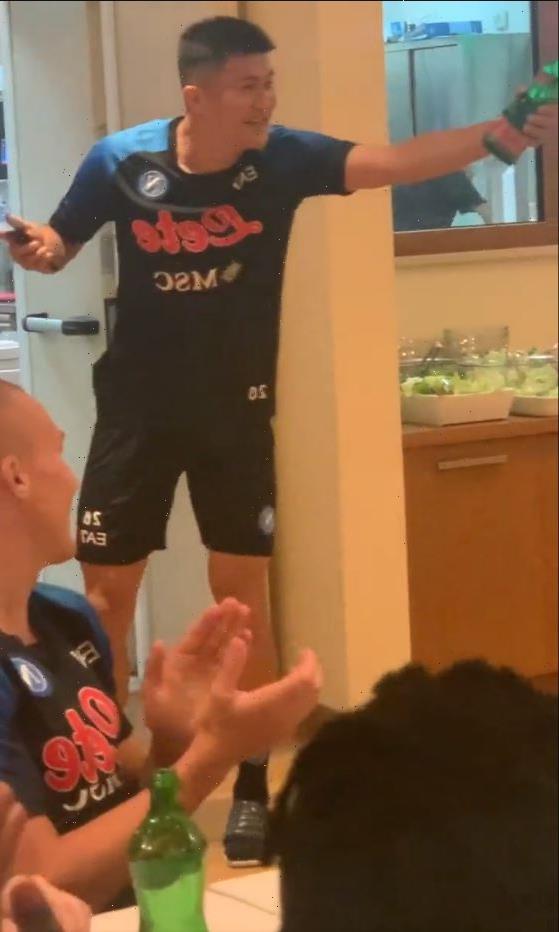 NAPOLI signing Kim Min-jae nailed his initiation in his new club with a stunning performance of Gangnam Style.

Kim, 25, joined the Partenopei from Fenerbahce following a €20million (£16.8m) deal and signed a three-year contract. 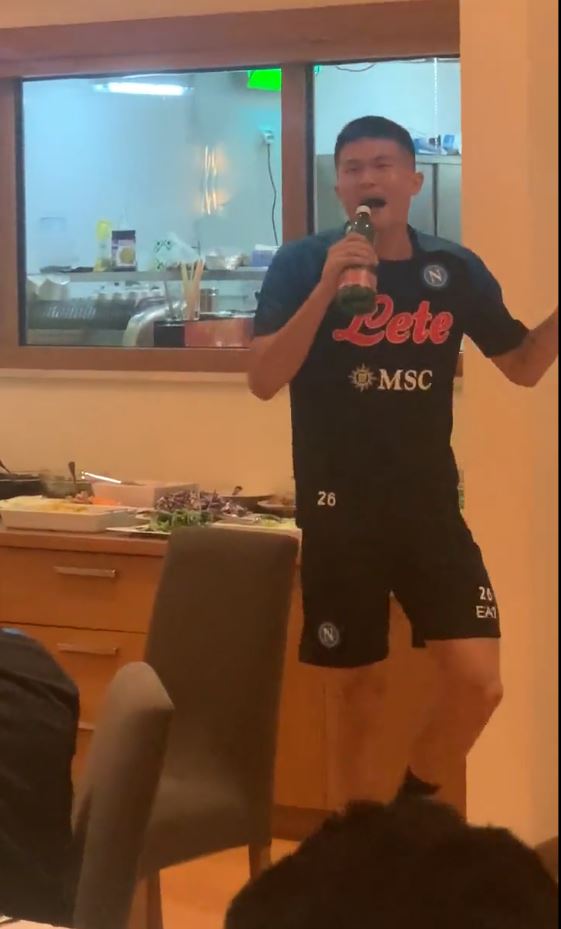 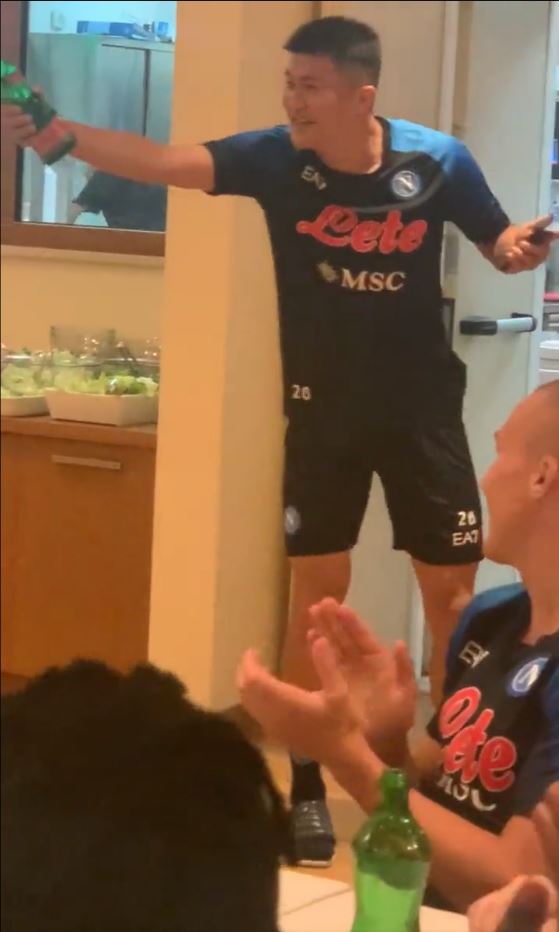 The centre-back linked up with Napoli for pre-season and had to undergo his initiation by singing a song live in front of his new team-mates.

The South Korea international didn't disappoint as he put together a stunning rendition of the hit song Gangnam Style in the dining area and went viral on social media.

The 25-year-old proved to be quite the entertainer as he nailed PSY's performance and even did his signature dance in front of his jubilant team-mates, who were left in stitches.

Kim certainly made a marvellous first impression as his performance received a standing ovation by the entire team.

The South Korean star joined Napoli as Kalidou Koulibaly's replacement at the back.

And the former Feneberbahce star has a major task ahead of him as Koulibaly reached superstar status during his eight-year stint at the Diego Armando Maradona Stadium.

The Senegal international left Napoli in the summer for Chelsea following a £34m deal.

The centre-back leaves quite a void behind him after a total of 316 appearances across all competitions. 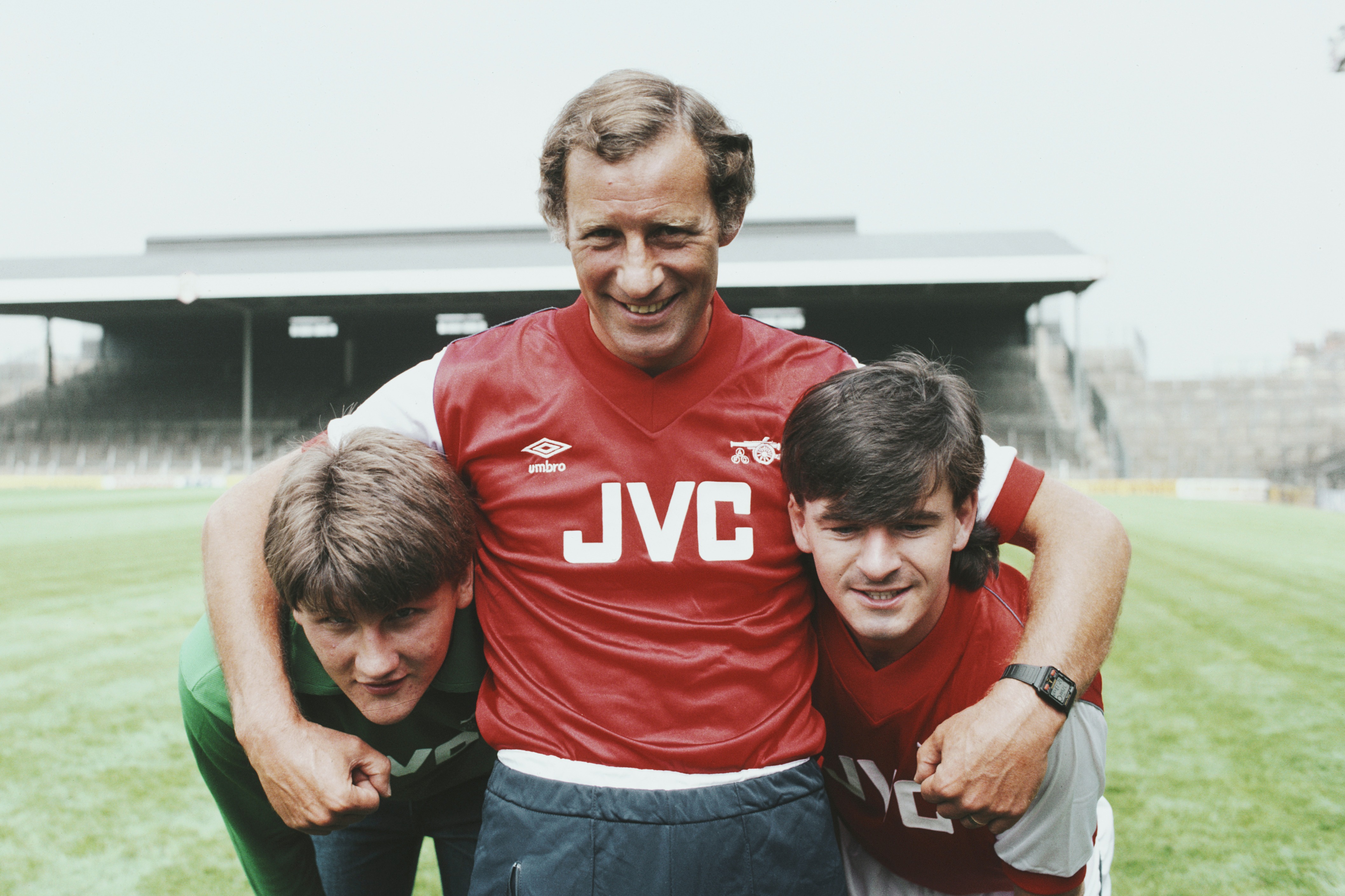 However, Kim makes a strong claim following a raft of impressive performances in Turkey last year.

The defender amassed a total of 39 appearances last season and scored a goal along the way.