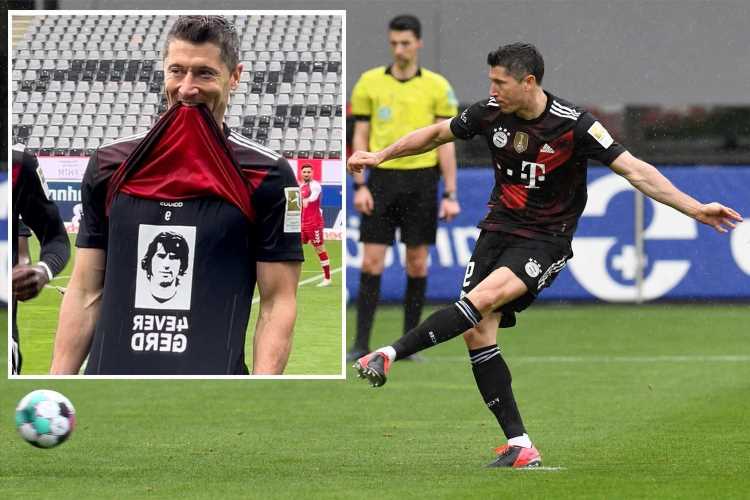 And there is still one more week to go as the Bayern Munich star chases the all-time German top-flight record. 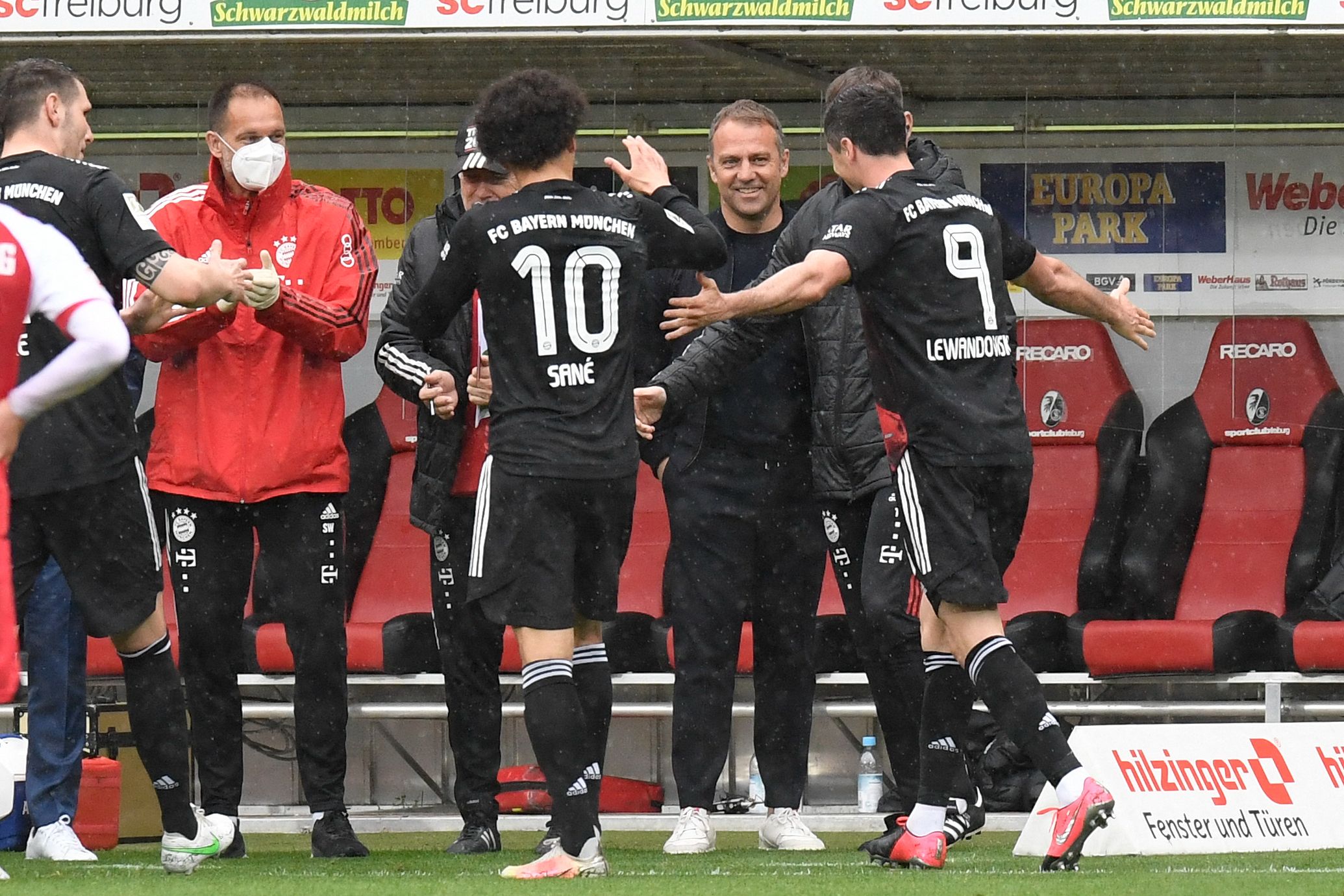 The Pole won the Fifa Men's Player of the Year gong for 2020 having smashed 34 goals in 31 league appearances as Bayern won the Treble.

Somehow, he has managed to top that tally this time around with 40 strikes in just 28 games.

In Saturday's clash with Freiburg, the Bundesliga champions were ahead early on thanks to Lewandowski.

A 26th-minute penalty was tucked away by the 32-year-old to match Munich legend Muller's feat.

The Bayern team and coaching staff immediately formed a guard of honour for Lewandowski, who appeared genuinely touched by the tribute.

The player himself revealed a '4EVER GERD' T-shirt tribute to five-time Bundesliga champion Muller, 75.

Amazingly, his finishing talents let him down as the opportunity for the outright record evaded him.

Leroy Sane's goal either side of a Manuel Gulde strike and a late Christian Gunter equaliser made it 2-2 going into the final minutes. 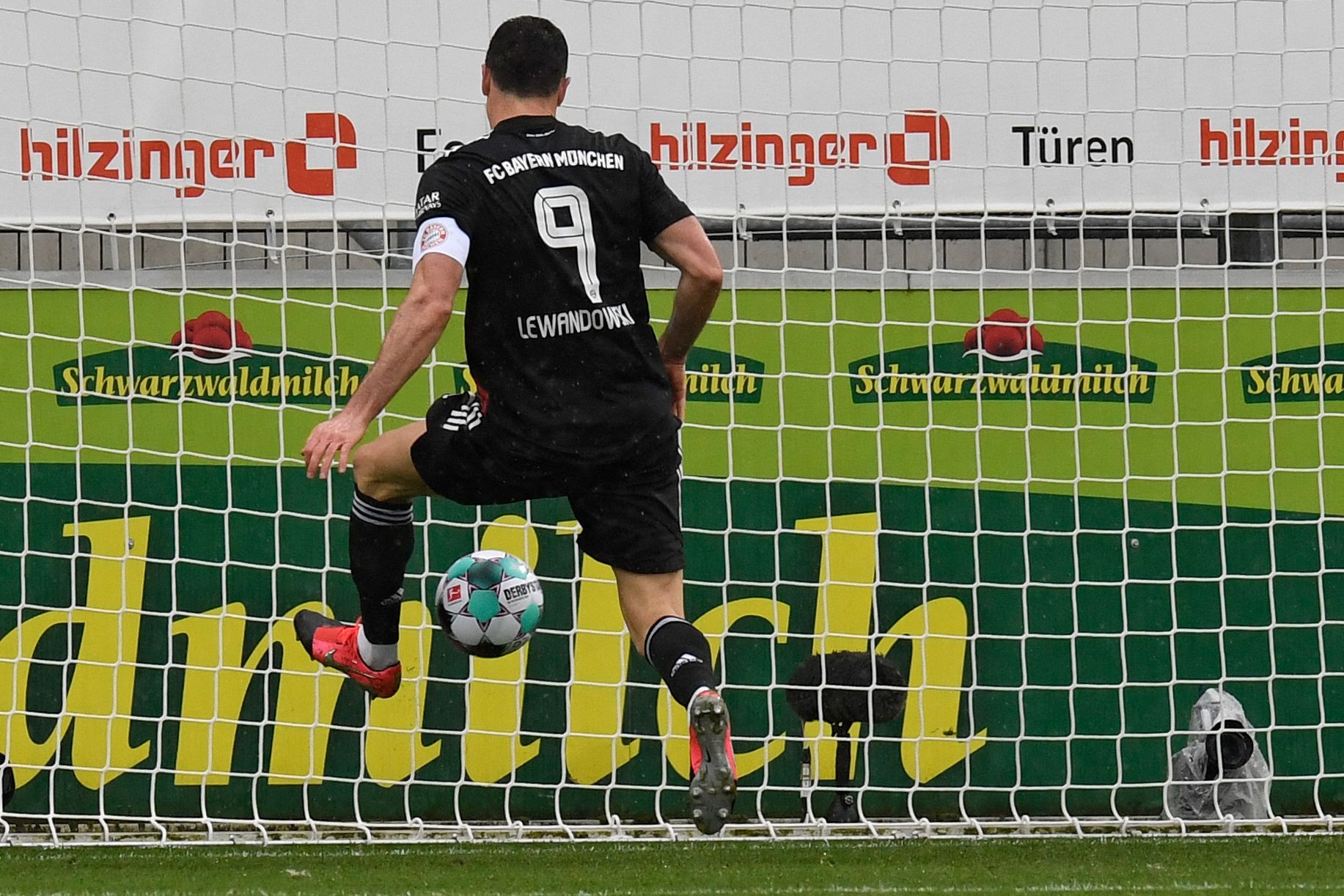 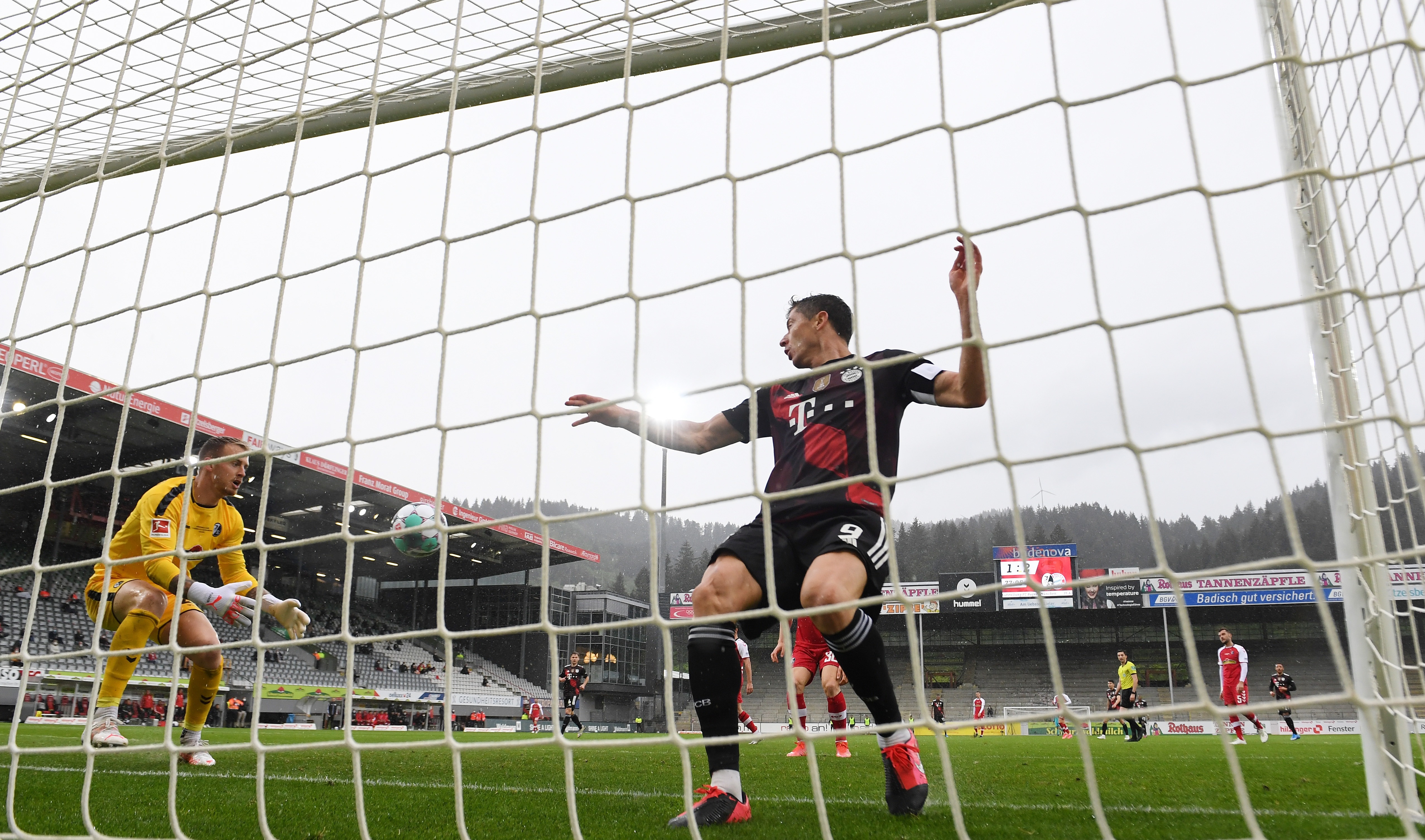 Kingsley Coman then put it on a plate for Lewandowski to bury the triumphant winner – but he mishit his effort with the goal gaping and the ball landed gently in the goalkeeper's gloves.

Bayern had already wrapped up the title and the striker should get one more opportunity to claim the record.

Munich host Augsburg next Saturday to round off another successful Bundesliga season.