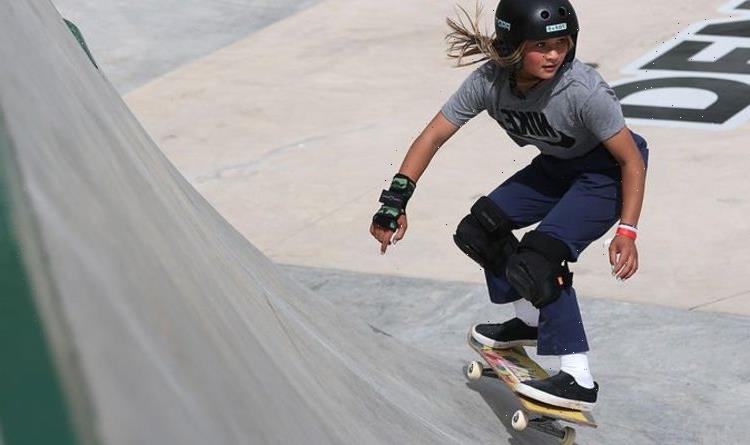 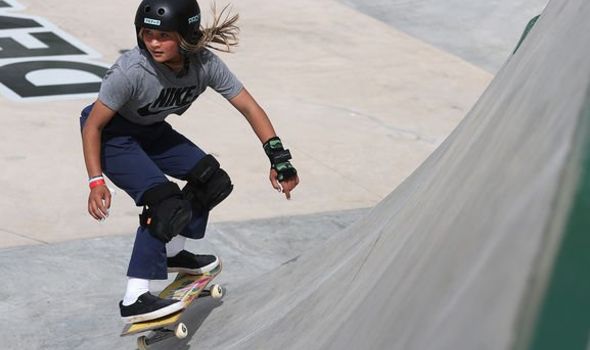 Blunt to fakies, boardslides, aerials and backside grinds… just some of the colourful terminology heading our way as “park” skateboarding makes its Olympic debut next week. And if you think the tricks sound complicated, wait until you see them performed.

Expect thrills — and certainly spills — as 20 skaters compete in each of the men’s and women’s events.

All in all, it’s remarkable this ultimate outsider activity — a byword for teen rebellion and parental disapproval since 1985 when Marty McFly first sparked a worldwide boom in Back To The Future — has been afforded the insider status of the Olympic Games at Tokyo 2020. Not quite everyone in the sport agrees but that hasn’t affected an explosion of interest over the past 18 months – including re-engaging veteran 40-something “dad skaters” like me, of which more later.

Skateboarding’s biggest name, US star Nyjah Huston, 26, bombed out in the “street” finals on Sunday — quite literally, suffering a series of “slams” — leaving Tokyo-born Yuto Horigome, 22, to take men’s gold. In the women’s street contest, the three athletes on the podium had a combined age of just 42. Momiji Nishiya, 13, of Japan, won gold ahead of Brazil’s Rayssa Leal, also 13, and 16-year-old local hero Funa Nakayama.

Next week it’s the turn of two young Britons, Sky Brown and Bombette Martin, at 15 a relative veteran, who are competing for Team GB in the “park” event – proving once and for all that women CAN fly.

Having just turned 13, Brown, who has an English father and a Japanese mother, is Team GB’s youngest ever summer Olympian by a month – beating the record set by Great Britain’s Margery Hinton in the 200m breaststroke at the 1928 Olympics in Amsterdam.

Darren, who sees the two teenagers as the nucleus of future Olympic teams, continues: “They both feel really good. Imagine being 13 and 15 and going to the Olympics. I know they’ll both be really nervous but, beyond everything, they just want to get out there and have a good time.”

Sky and Bombette will be performing highly athletic — and dangerous — aerial tricks in a hollowed-out concrete bowl at the Ariake Urban Sports Park. Competitors climb the bowl’s curved surfaces and perform mid-air tricks and manoeuvres on the lip, scored over three 45-second runs on difficulty, originality and execution.

No British men qualified for skateboarding’s Olympic debut — Pearcy blames in part a lack of world-class facilities in the UK — but it’s fitting two young women are competing for Britain, with girls making up a huge proportion of the sport’s new adherents.

Darren adds: “This is the first time such a large cohort of women has existed in skateboarding and it’s amazing to see. The tricks they’re doing and the way they’re moving around the parks is very exciting. We have some great male skateboarders but sadly they missed out on qualification this year.”

David Whitelaw, 45, of Native Skate Store in Newcastle, says: “There’s been a huge uptick in the number of girls skateboarding. The larger sportswear companies like Nike and Adidas have really invested heavily in female athletes and then you’ve got riders like Sky Brown.

Watch the Olympics in style

Get ready to watch Great Britain give it their all in the Tokyo Olympics by wearing some official Team Great Britain kit from Adidas.