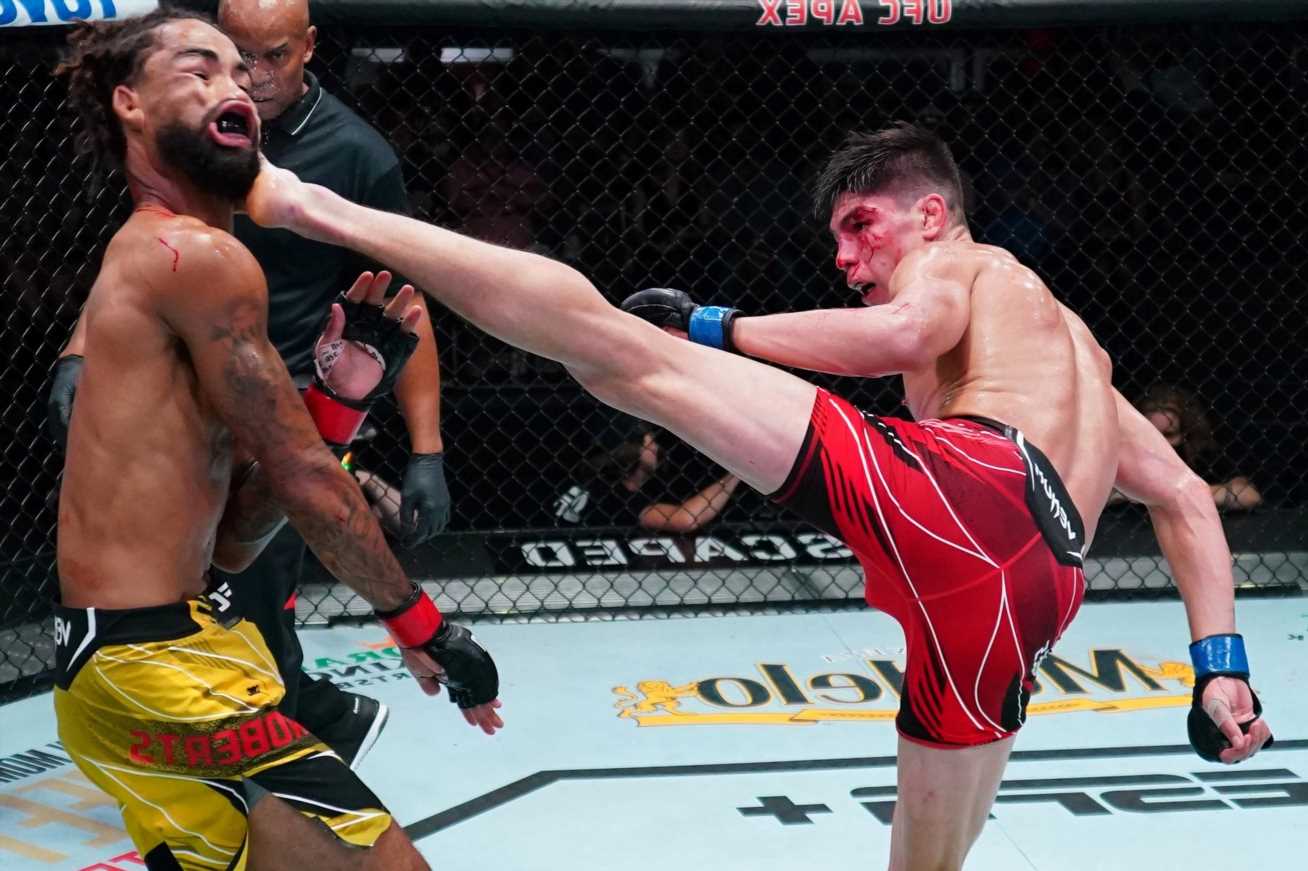 IGNACIO BAHAMONDES produced a contender for Knockout of the Year in his UFC Vegas 34 fight with Roosevelt Roberts. 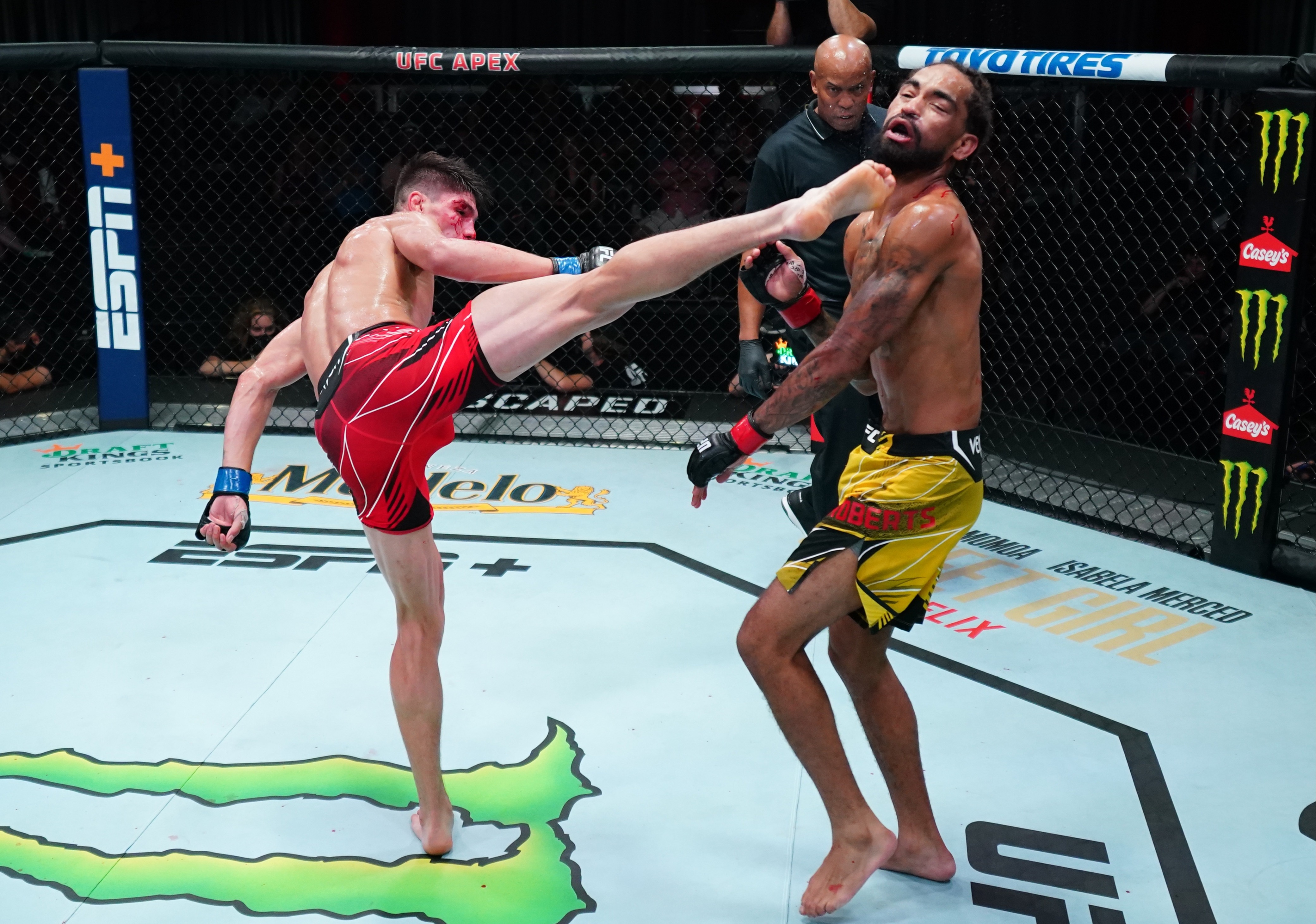 The bloodied Chilean, who earned a UFC contract with a spectacular front-kick KO in November 2020, read Roberts' movement perfectly to land the stunning kick flush on his chin.

Roberts crumpled to the canvas and the referee immediately waved off the contest.

One UFC fan tweeted: "One of the cleanest head kicks ever."

Another said: "What a finish."

And another said: "Now THAT is some sweet chin Music!"

One remarked: "The perfect KO."

Bahamondes, 23, was overcome with emotion after the victory, dropping to his hands and knees and briefly crying in disbelief.

La Jaula's buzzer-beater stoppage of Roberts marked his first victory inside the octagon.

And two hours after his highlight-reel KO – which earned him a £37,000 ($50,000) Performance of the Night bonus, he took to Instagram to express his delight.

Alongside a picture of his stunning kick, Bahamondes wrote: "From the bottom of my heart I’m grateful and appreciative for all those who support me, my team, my family, and the Good Lord."

Bahamondes is 1-1 during his brief stint in the UFC, which began in April.

The lightweight prospect suffered a split decision defeat to veteran Makdessi in his maiden octagon outing.

He now boasts a 12-4 record, with nine of those victories coming by way of knockout.