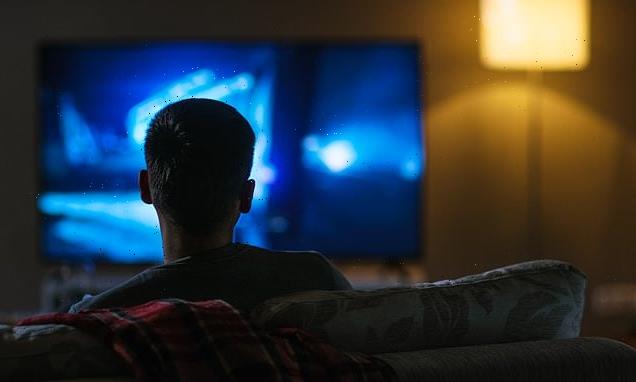 Time to switch off? People who watch eight hours of TV a day are SEVEN times more likely to suffer a stroke, study warns

Adults spending more than eight hours a day watching TV — or in other sedentary pastimes like reading or gaming — are up to seven times more likely to have a stroke.

Researchers led from the University of Calgary monitored the health and lifestyles of 143,000 Canadian adults for an average of 9.4 years each.

They found that 2,965 strokes occurred in the study period, with rates higher among those who spent more time on sedentary leisure activities and less on exercise.

According to the American Heart Association, US adults spend an average of 10.5 hours daily on their TVs, phones or computers — and more so for adults aged 50–65.

Past research has indicated that the more time adults spend in sedentary activities, the greater their risk of cardiovascular diseases, including stroke.

Furthermore, nine out of ten strokes are caused by easily modifiable risk factors like spending too much time sitting down. 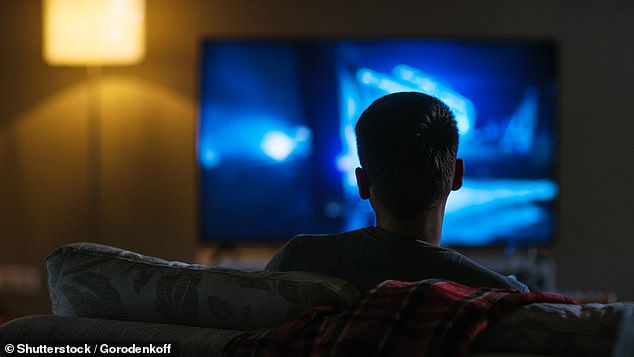 HOW MUCH EXERCISE YOU SHOULD GET

To stay healthy, adults aged 19 to 64 should try to be active daily and get:

A good rule is that one minute of vigorous activity provides the same health benefits as two minutes of moderate activity.

One way to do your 150 minutes of weekly physical activity is to do 30 minutes on five days every week.

All adults should also break up long periods of sitting with light activity.

‘Sedentary time is increasing in the United States and Canada,’ noted paper author and neurologist Raed Joundi of the University of Calgary, in Canada.

‘It is important to understand whether high amounts of sedentary time can lead to stroke in young individuals, as a stroke can cause premature death or significantly impair function and quality of life.’

In their study, Dr Joundi and colleagues monitored the health and lifestyles of 143,000 adults — for an average of 9.4 years each — whom had participated in the Canadian Community Health Survey.

The participants all had no history of cancer, heart disease or stroke at the start of the study and the researchers used hospital records to identify those who suffered from strokes during the study period.

Based on the amount of time each spent in sedentary leisure activities — watching TV, using a computer or reading — the team divided the subjects into four groups.

Similarly, the participants were also divided into four equally-sized groups based on their daily level of physical activity — with the lowest engaging in the equivalent of only a ten minute walk.

‘A walk of 10 minutes or less per day is lower than half of what the American Heart Association’s physical activity guidelines recommend,’ Dr Joundi noted. (In fact, they advise adults to get at least 150 minutes of moderate-intensity activity each week.)

The researchers found that, across the whole study, 2,965 strokes occurred — 90 per cent of which were ischemic strokes, which occur when a vessel supplying blood to the brain is obstructed.

On average, subjects spent 4.08 hours each day in sedentary leisure activities — with adults aged 60 and under tending to spend less time at 3.9 hours, compared to 4.4 hours for 60–79 year olds and 4.3 hours for those 80 and older.

The team found that adults aged 60 and under who exhibited low levels of physical activity and spent eight of more hours each day in sedentary leisure activities had a 4.2 times higher risk of stroke that those only spending four fours on such pastimes.

The most inactive group — those with low exercise levels who spent eight plus hours a day on sedentary pastimes — had a seven times higher risk of stroke than those who exercised more and only spent four hours on sedentary activities.

The researchers cautioned that their study was limited by not also asking participant about the amount of time they also spend in sedentary activities as part of their employment — meaning that sedentary time could be higher in those with desk jobs.

‘Adults 60 years and younger should be aware that very high sedentary time with little time spent on physical activity can have adverse effects on health, including increased risk of stroke,’ Dr Joundi said.

‘Physical activity has a very important role in that it reduces the actual time spent sedentary, and it also seems to diminish the negative impact of excess sedentary time,’ he continued.

‘Physician recommendations and public health policies should emphasize increased physical activity and lower sedentary time among young adults in combination with other healthy habits to lower the risks of cardiovascular events and stroke.’

The full findings of the study were published in the journal Stroke.

THE CAUSES OF STROKE

There are two major kinds of stroke:

An ischemic stroke – which accounts for 80 per cent of strokes – occurs when there is a blockage in a blood vessel that prevents blood from reaching part of the brain.

The more rare, a hemorrhagic stroke, occurs when a blood vessel bursts, flooding part of the brain with too much blood while depriving other areas of adequate blood supply.

It can be the result of an AVM, or arteriovenous malformation (an abnormal cluster of blood vessels), in the brain.

Thirty percent of subarachnoid hemorrhage sufferers die before reaching the hospital. A further 25 per cent die within 24 hours. And 40 per cent of survivors die within a week.

Age, high blood pressure, smoking, obesity, sedentary lifestyle, diabetes, atrial fibrillation, family history, and history of a previous stroke or TIA (a mini stroke) are all risk factors for having a stroke.

SYMPTOMS OF A STROKE

Of the roughly three out of four people who survive a stroke, many will have life-long disabilities.

Both are potentially fatal, and patients require surgery or a drug called tPA (tissue plasminogen activator) within three hours to save them.