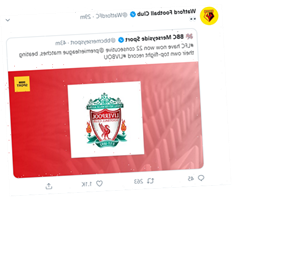 WATFORD tweeted a cheeky reply to a tweet that had said Liverpool had won 22 consecutive Premier League games.

The Hornets tweeted the eye emoji reply as they beat Liverpool 3-0 last week, ending Liverpool's unbeaten run in the league. 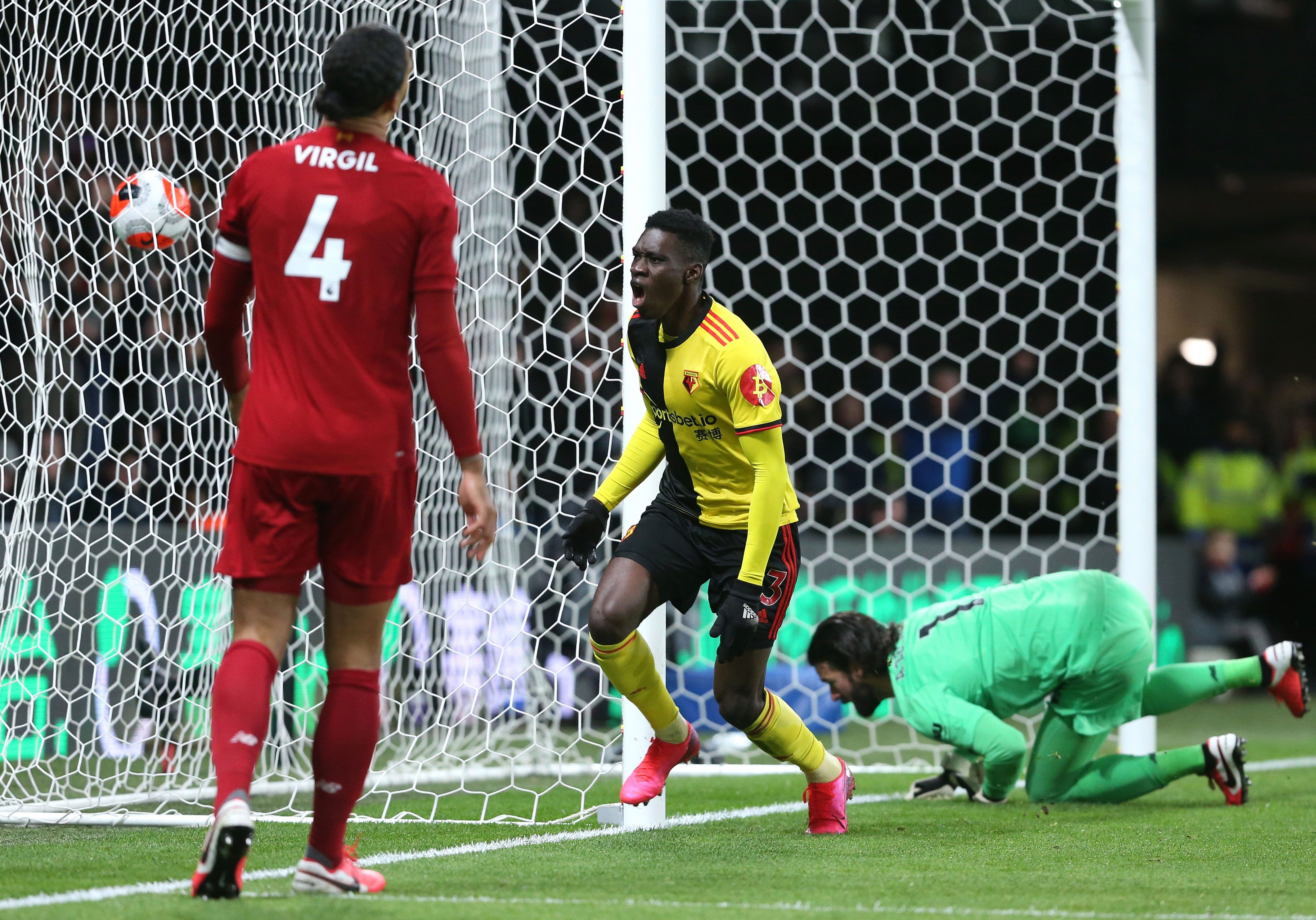 BBC Merseyside should have tweeted the record was for home wins but missed out the key word and Watford didn't miss the opportunity to have a cheeky dig at them.

Nigel Pearson's side eased past the league leaders with two goals from Ismaila Sarr and Troy Deeney wrapping up the three points.

The result went down well with Gary Neville, who celebrated by opening a bottle of champagne to toast Liverpool's unbeaten run coming to an end.

Liverpool's 2-1 win over Bournemouth broke the record set by Bill Shankly's side in 1972 after they came from behind to get back to winning ways.