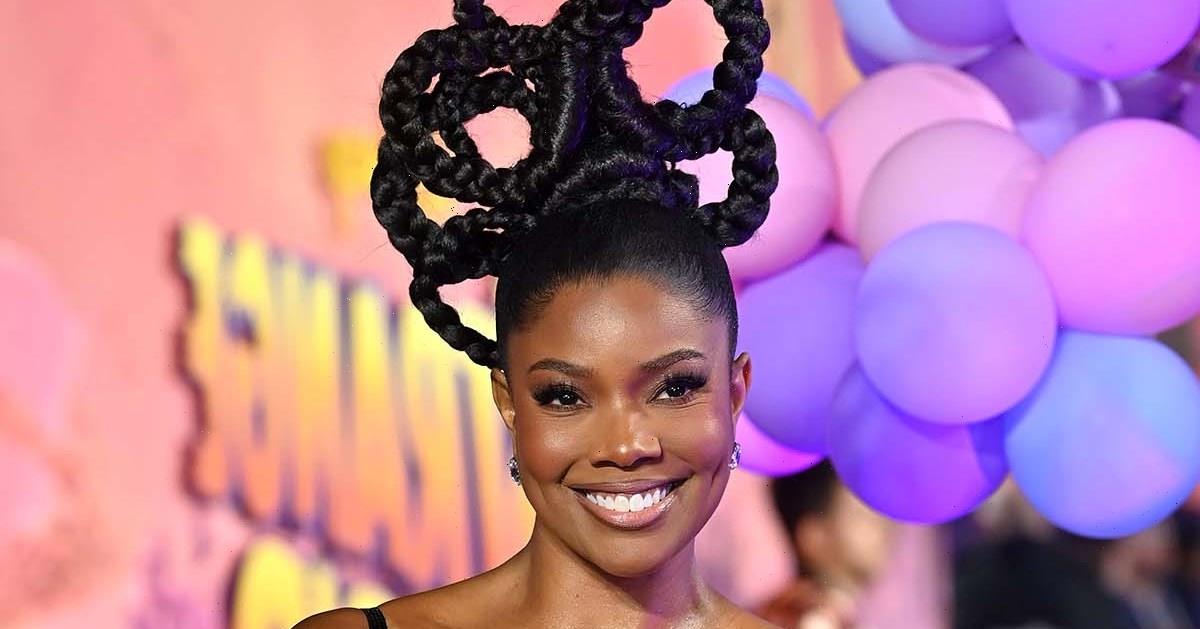 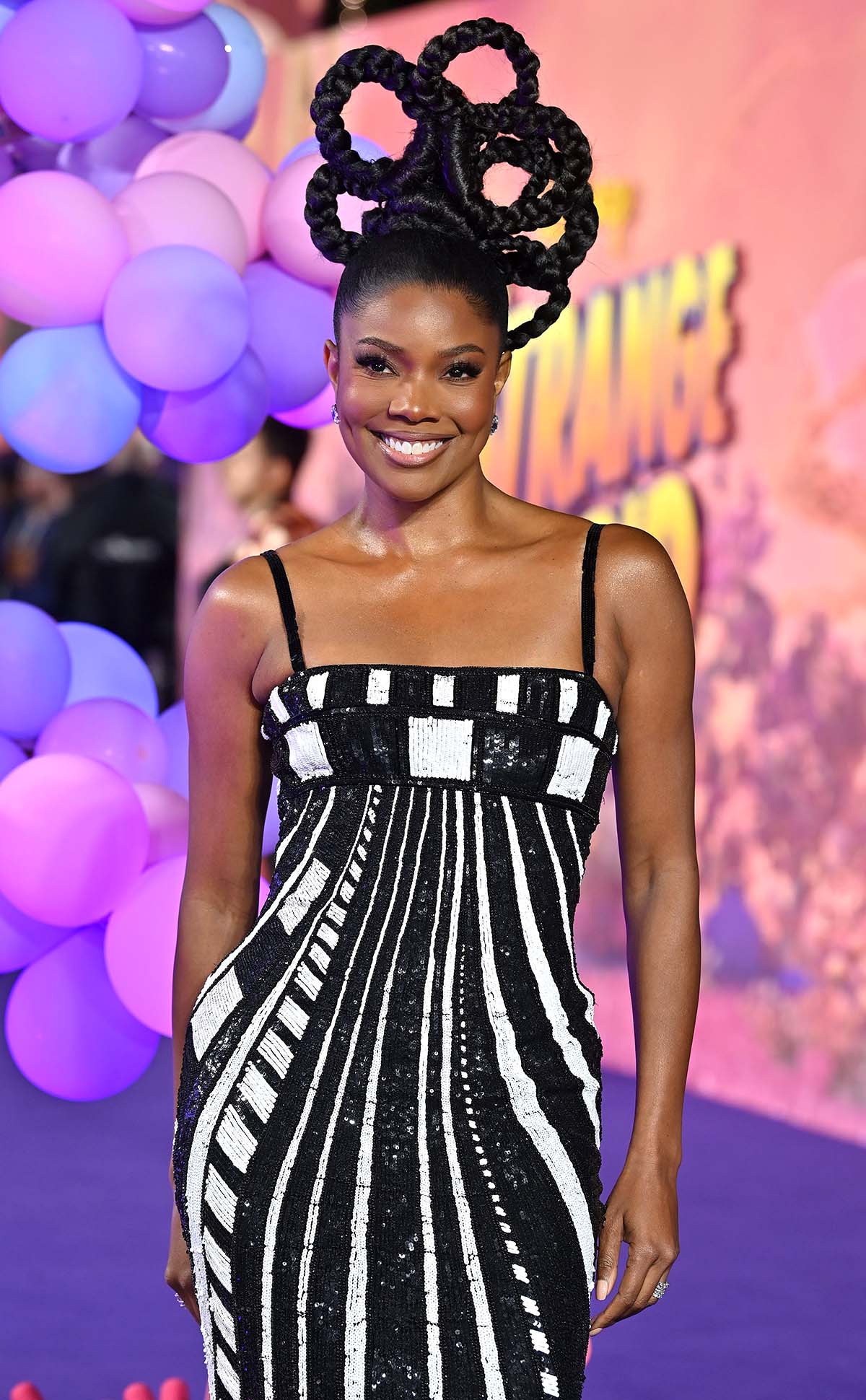 Hair goals! Gabrielle Union was a glorious sight at the Strange World premiere in London on Thursday, November 17.

The actress, 50, graced the red carpet event in a sparkling gown by Elie Saab. The striking look featured black and white stripes that were covered in sequins. The dress also included sexy spaghetti straps and a figure-hugging silhouette. The Bring It On star paired the look with diamond earrings and donned smoky eye makeup. 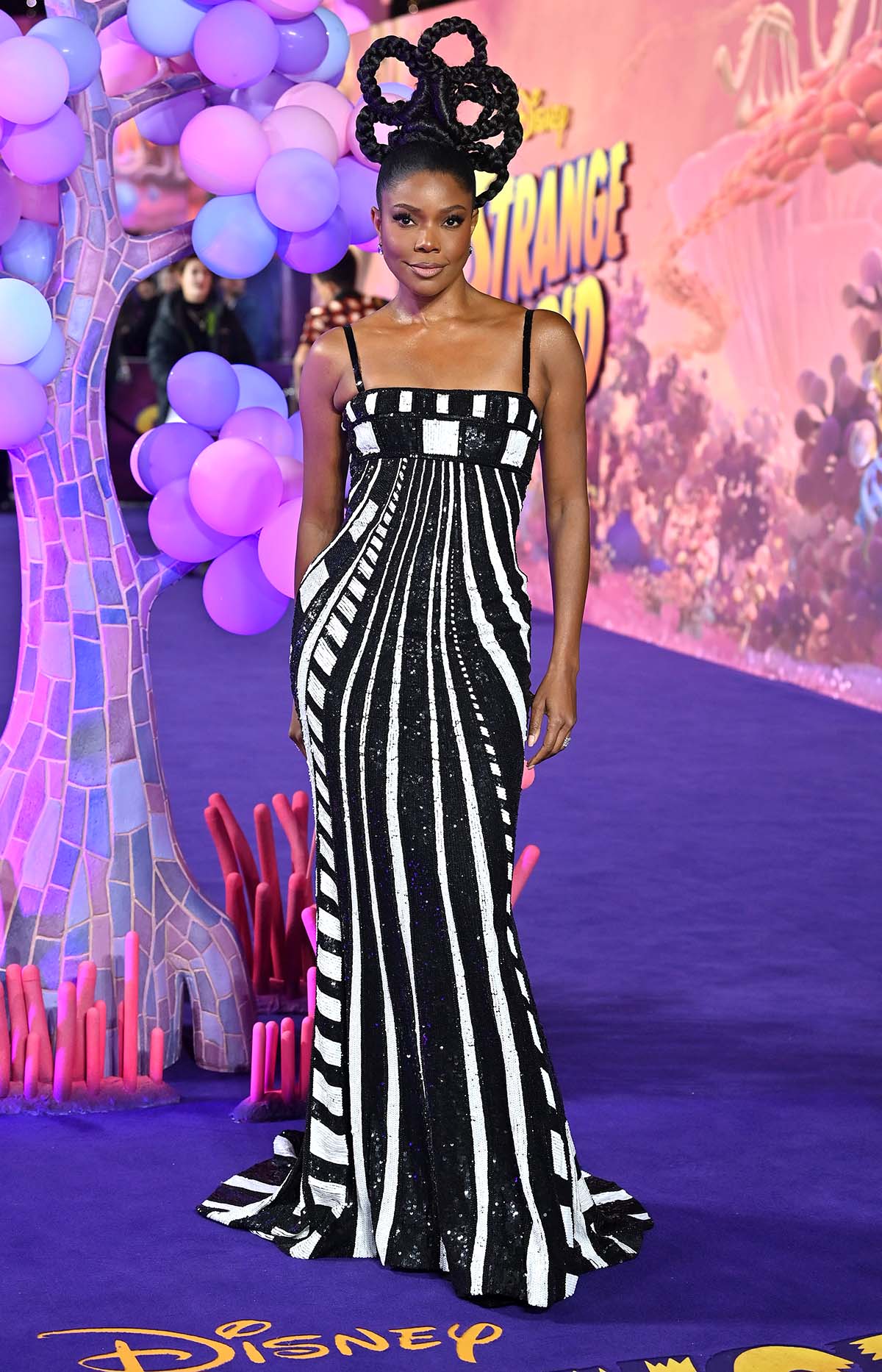 While her ensemble was nothing short of a masterpiece, it was the Breaking In actress’ brunette crown that stole the show. The Nebraska native had her mane slicked back into a marvelous braided updo that was reminiscent of a work of art or a voluminous bouquet of flowers as each plait was styled in rounded circles. The ‘do was brought to life by hairstylist Isaac Poleon, who has also worked with Keke Palmer, Priyanka Chopra and Jodie Turner-Smith.

Union was just as stunning at the Los Angeles premiere on Tuesday, November 15. That night, the We’re Going to Need More Wine author was pretty in a pink Valentino number. The vibrant dress was equipped with a plunging neckline and lined with plush roses. She mastered tonal styling, teaming the garment with blush-colored pumps. For her glam, she sported a side swoop with a voluminous bun.

The California screening was a family affair as Union was joined by her husband, Dwyane Wade, and their 4-year-old daughter, Kaavia. The retired NBA star, 40, complemented his wife with a pair of fuchsia sneakers, which he wore with a sleek black suit and a turtleneck. Kaavia, for her part, looked as cute as ever in a black bubble dress, miniature Dr. Marten boots and a pink Valentino mini bag. (Wade is also dad to daughter Zaya, 15, and sons Zaire, 20, and Xavier, 9.)

About Last Night: See the Best Dressed Stars on the Red Carpet and Beyond 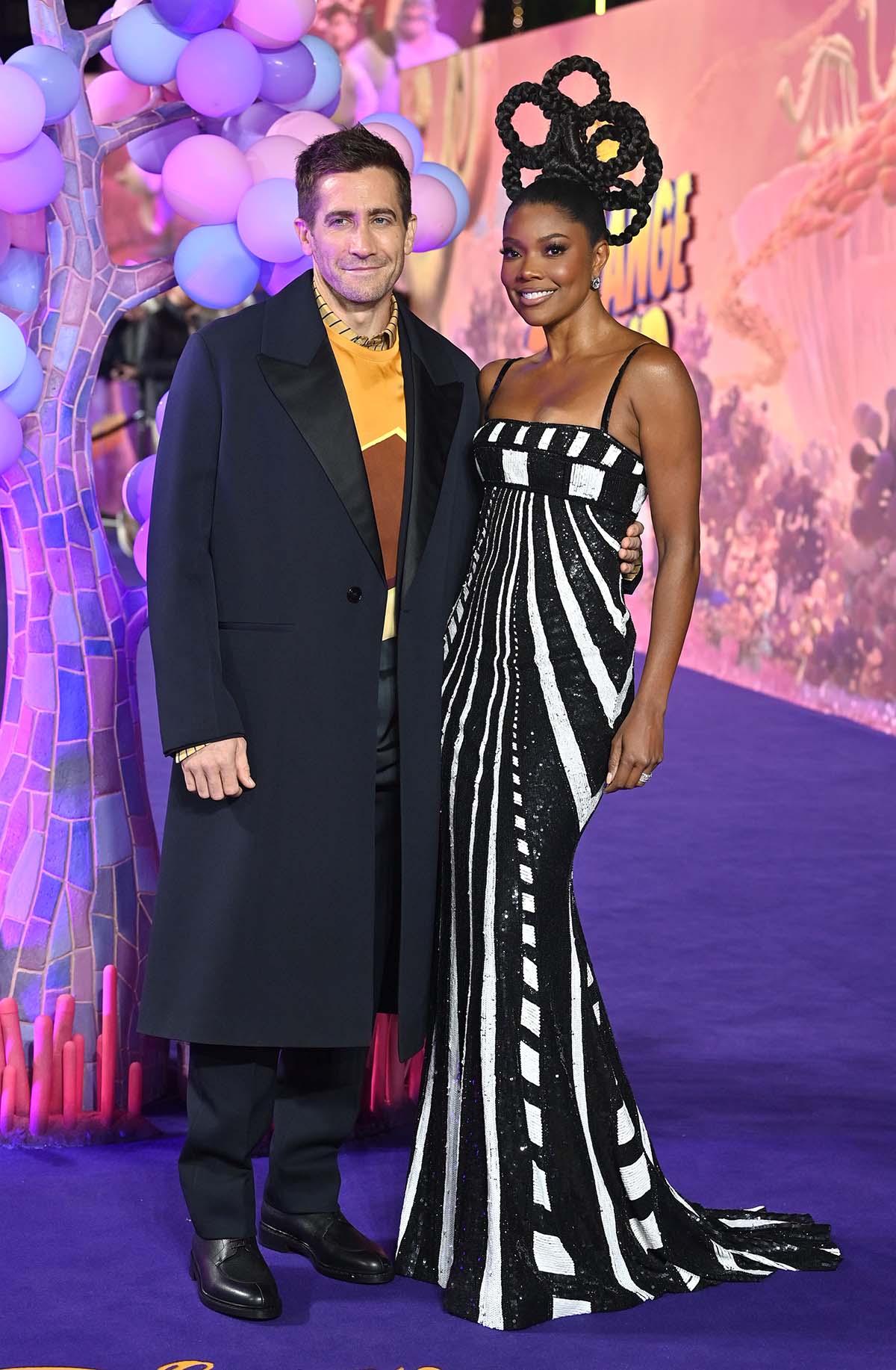 Union opened up about the film to The Hollywood Reporter, sharing: “I just love that we have created a space where you can show a loving, affectionate family that creates enough loving space for everyone to chart their own course in life.”