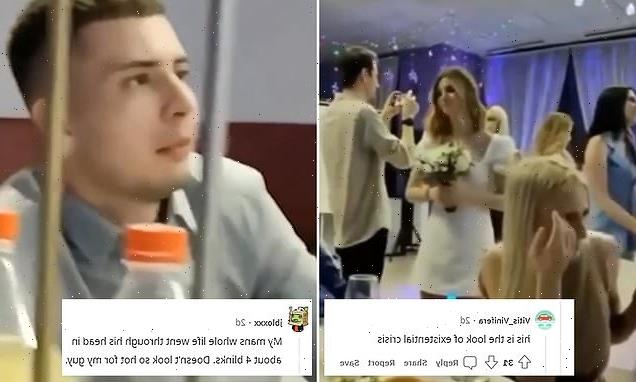 You’re next! Hilarious moment boyfriend’s life ‘flashes before his eyes’ after his girlfriend catches the bouquet at a wedding

A woman who was hoping her boyfriend would take the hint after she caught  the bouquet at a wedding was no doubt left disappointed by his hilariously unfiltered reaction.

A video of the unnamed couple was shared on an American wedding-shaming forum on the platform Reddit, revealing the boyfriend’s candid response after his girlfriend caught the bride’s bouquet and looked at him expectantly.

According to the fun superstition, the woman who catches a bride’s bouquet is the next to get married, and a look of horror dawned on the man’s face as the realisation sank in.

Some said the guest’s life flashed before his eyes and that he didn’t seem particularly enthusiastic about imminently marrying his girlfriend. 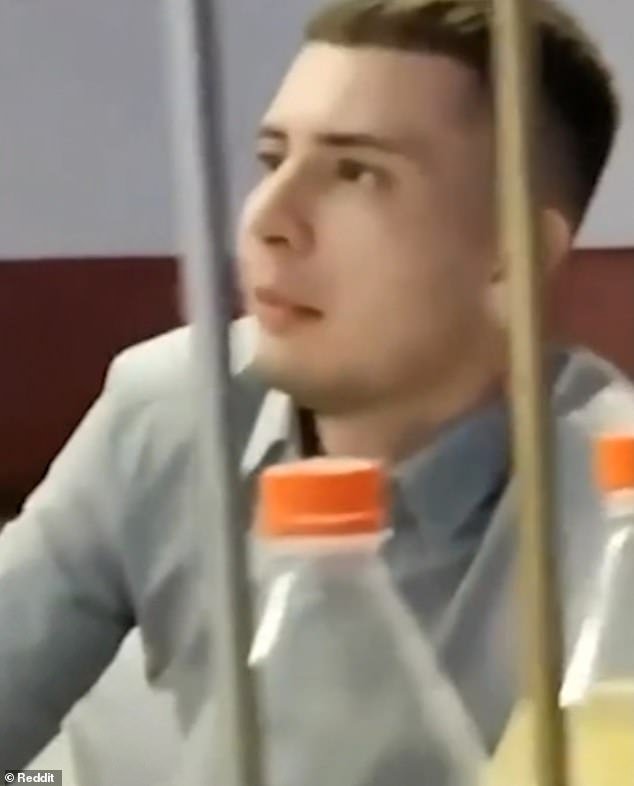 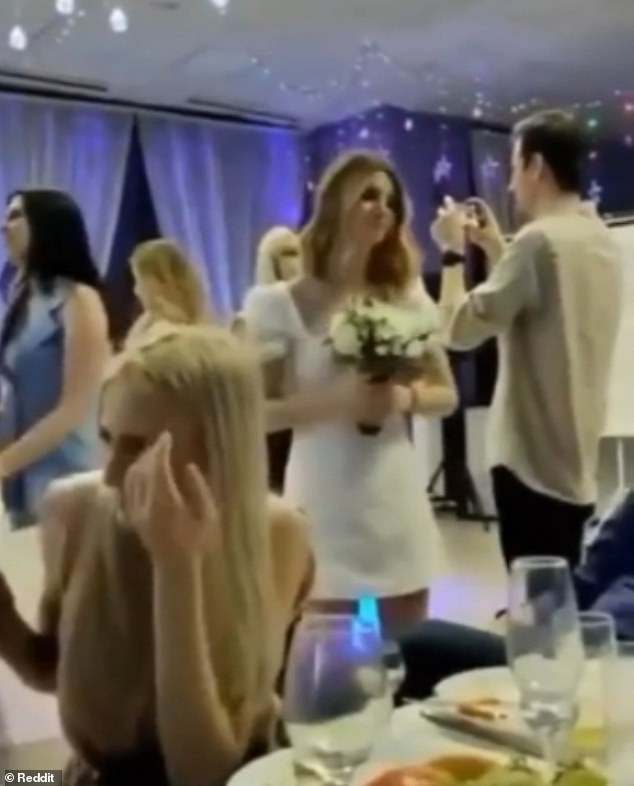 After catching the bouquet the bride had thrown, the unnamed woman turned to look for her partner. According to superstition, the person to catch the bouquet will be next to marry

The clip first showed the girlfriend extending her arm to expertly catch the bride’s bouquet at a wedding reception.

With the bouquet secured, the woman, who was wearing a short white dress, turned to her boyfriend to gauge his reaction.

Sitting at a table surrounded by other men, the dumbfounded partner didn’t know how to react when he witnessed her bag the bouquet.

He didn’t look too enthusiastic and soon cupped his head in his hands to show disappointment. 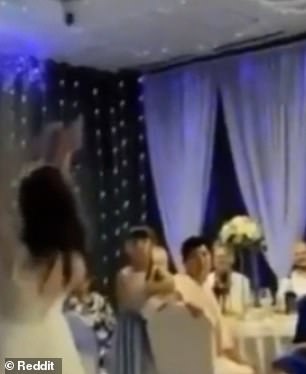 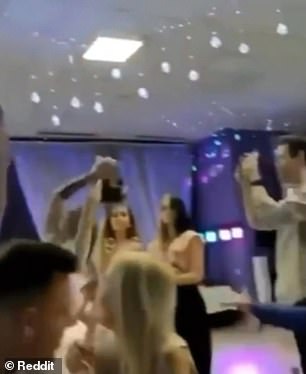 In the video, the bride, left, sent the bouquet, which was swiftly caught by the girlfriend, who was wearing a short white dress, right 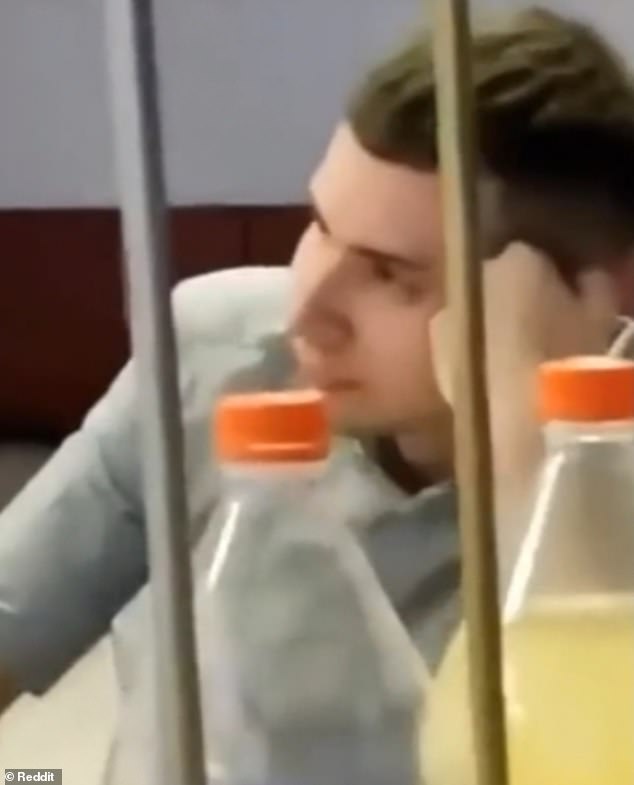 When his girlfriend caught the bouquet, the boyfriend adopted a disappointed stance, pictured

The video quickly went viral on Reddit, where it received more than 1,700 comments.

People said the guest didn’t seem pleased that his girlfriend caught the bouquet.

‘Her look appears playful; his does not,’ one said.

‘His is the look of existential crisis,’ another replied.

‘Idk about the lady, the man surely goes like “oh no I don’t want her as a wife”,’ one observed.

Some suggested the couple were in on the joke, but others said if their partners had reaction in the same way, they’d leave them there and then.

People poked fun at the video but some noted if their partner reacted this way to them catching the bouquet, they would leave them