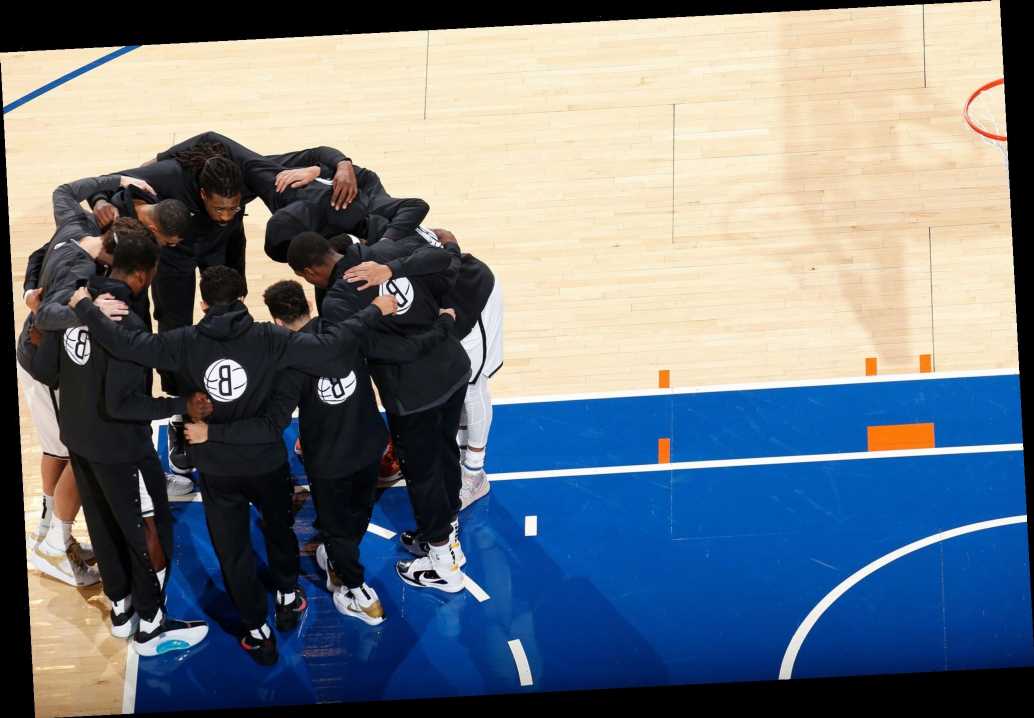 Nets got sweet glimpse of a new James Harden

RJ Barrett is blossoming before our eyes in promising Knicks sign

The Forgotten: Ex-ABA players are struggling to get the help they need

Nets history is simple to understand. There have been three ultra-consequential seasons going back to 1967, and we were 15 games into No. 3 as the Nets prepared to play at Cleveland on Wednesday night, in what was the grand unveiling of the Big 3 partnership between Kevin Durant, James Harden and Kyrie Irving.

The first such season was 1973-74. The Nets ended that season in glory, winning the ABA title, but it began as something quite different. They had acquired Julius Erving in the offseason, and added two high-impact rookies, Larry Kenon and John Williamson, to a lineup that already boasted the defending ABA Rookie of the Year (Brian Taylor) and an All-Star center (Billy Paultz).

All of that immediately made the Nets the upstart league’s top drawing card.

And for their first 15 games they were … well …

“We stink,” coach Kevin Loughery said on Nov. 10, 1973, when the Nets dropped a 107-105 game to the San Diego Conquistadors (led by Wilt Chamberlain in his first — and only — year as a coach). “We don’t play together on offense. We don’t play any defense. If you see something we do well, let me know.”

Loughery said this to reporters while smiling. A year before, he’d been coach for the second half of the 76ers’ epic 9-73 season in the NBA. He actually knew up close what a genuinely terrible team looked like. The Nets were just resembling one, losing nine in a row. After 15 games, their record was 5-10. The other team in town, the Knicks, were reigning NBA champs. It was a tough time at Nassau Coliseum.

“But we’ll be fine,” Loughery insisted. “Basketball is funny like that: sometimes it makes you earn it. We’re too good to be this bad.”

He was right, of course. Not long after the 5-10 start, the Nets went on an 18-3 rampage and never really cooled off, not until they vanquished the Utah Stars in five games to win the first championship in franchise history, capped by a 111-100 clinching win in Game 5 at the Coliseum in front of 15,934 raucous fans that gave the Garden denizens a run for their money in terms of deafening basketball chorus.

Chapter 2 was something else. That was early in the 2001-02 season. Rod Thorn had stunned the NBA by swapping Stephon Marbury for Jason Kidd, and adding Richard Jefferson to a lineup that already featured Kenyon Martin, Keith Van Horn and Kerry Kittles.

Most notable about that? The crowd. This was Lou Lamoriello’s first season overseeing both the Nets and the Devils under the auspices of YankeeNets. One of his first orders of business was that he would no longer cook the attendance books. No more inflated numbers. And so on that night a grand total of 5,234 people were listed as attending that game live.

“Maybe they don’t trust us yet,” Kidd said after that one. “That’s OK. We’ll keep playing. We’ll keep winning. We’ll give them a reason to believe.”

They did. They won 52 games, won the Eastern Conference, played the most interesting, entertaining brand of basketball anywhere in the country besides Los Angeles, from where the Shaq-Kobe Lakers ended the Nets’ fairy tale in the finals.

That brings us to 2021, and the 9-6 record the Nets brought into Cleveland on Wenesday night, and the promise of all that might follow. We can assume the learning curve is probably closer to 1973 than 2001, but those are three awfully good players about to get to know each other on the floor.

“It’s exciting,” James Harden said. “We’ve already seen what can happen when KD and I start to click. Now you drop Kyrie into that mix? This is going to be fun.”

And, in its own way, familiar.