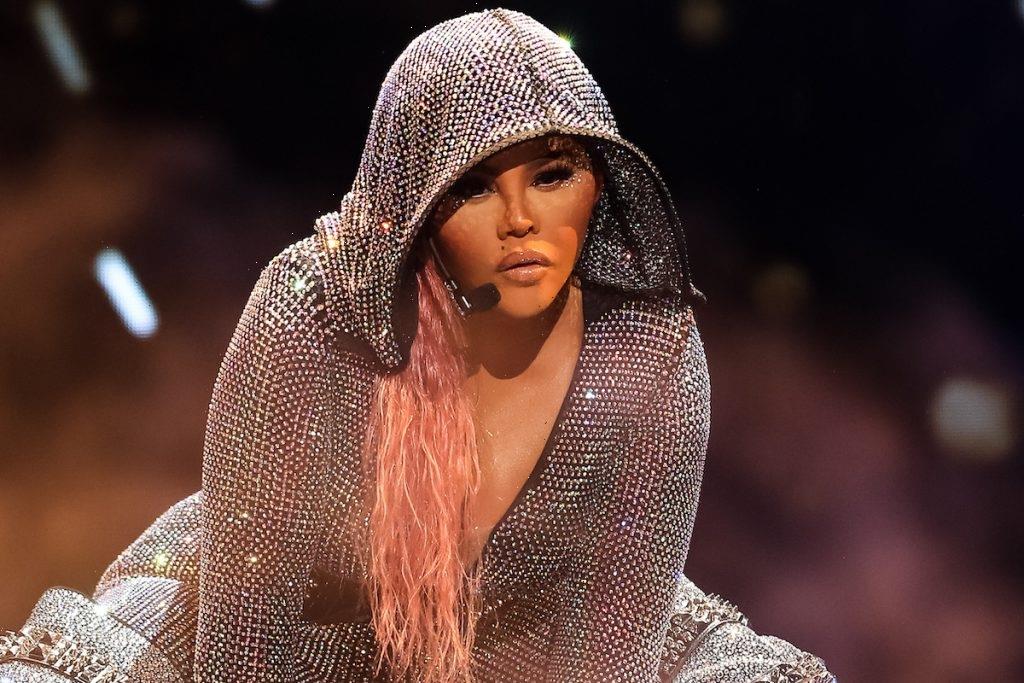 Lil’ Kim has been a hip-hop icon for over two decades. Throughout that time, the trailblazing rapper has opened doors for other femcees in the industry and cemented her spot as hip-hop royalty with music, products, and even a book.

Lil’ Kim first started rapping as a teenager on the streets of her home neighborhood of Bedford-Stuyvesant, Brooklyn. It was here where she crossed paths with future New York legend The Notorious B.I.G. She joined his group Junior M.A.F.I.A., and released her solo debut album Hard Core in 1996.

Hard Core sold over 2 million copies and was certified double platinum, and Kim quickly became the hottest female rapper in the game. Her second album, 2000’s The Notorious K.I.M., confirmed that she really was the Queen Bee of hip-hop; the following year, she earned her first number 1 hit single on the Billboard Hot 100 chart with “Lady Marmalade.”

She continued to release hit singles in the early 2000s with her La Bella Mafia and The Naked Truth albums. By the time The Naked Truth was released in 2005, Kim was serving a yearlong federal prison sentence.

After being released from prison, Kim continued to record music and release mixtapes. Her 2011 mixtape Black Friday was especially notable for its title track, which was a diss track aimed at Nicki Minaj, who had taken shots at her in her lyrics. She continued to release mixtapes throughout the 2010s, and even appeared on Dancing With the Stars. She released her first album in 14 years, titled 9, in 2019.

According to WealthyGenius, Kim’s net worth is approximately $500,000 in 2021. This is a stark contrast from her net worth over a decade ago, which reportedly had exceeded $15 million.

Kim’s worth dramatically decreased after she filed for bankruptcy in June 2018. It turned out she owed $667,000 in late mortgage payments, which led her to losing her $3 million dollar mansion in New Jersey to foreclosure. She also owed over $1.5 million in federal income taxes, and she was a grand total of $4 million dollars in debt.

Throughout her career, Kim has been a part of lucrative brand endorsement deals. She was the first and only rapper to sign a deal with fashion brand Candie’s. She was also brought on for the MAC Viva Glam campaign, which helped raise $4 million for the company in one year and became the most successful Viva Glam campaign to date.

Over the years, Lil’ Kim has been a spokesperson for Old Navy, Apple computers, and Cîroc vodka. In 2004, she launched a designer watch collection called Royalty by Lil’ Kim.

Lil’ Kim’s status as a hip-hop legend has never been up for debate, and she continues to receive the recognition that she deserves today. In November 2021, she’ll be releasing her memoir, Lil’ Kim: The Queen Bee, which is set to reveal many details about the rapper’s life that she’s kept private for years.