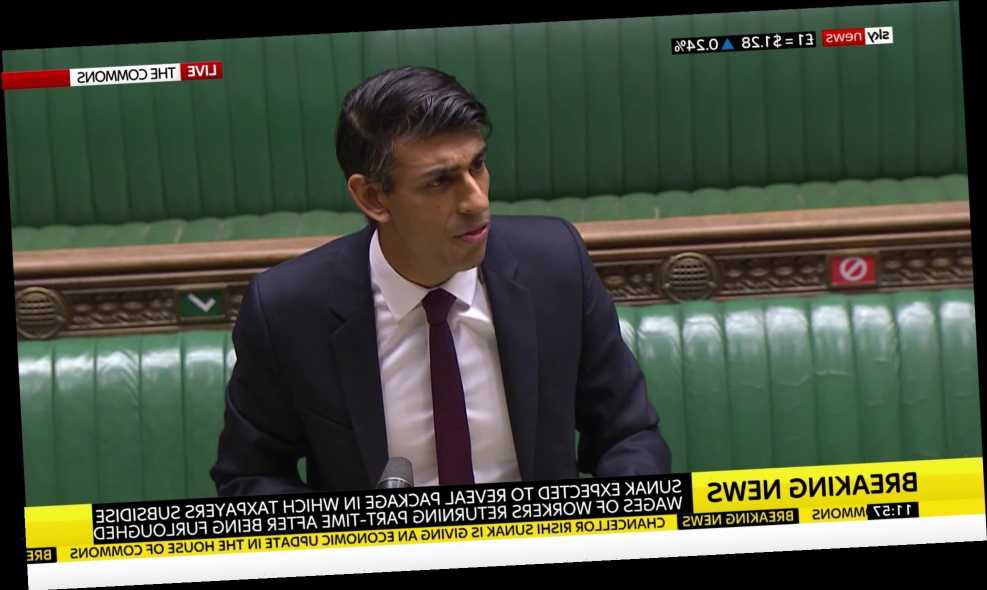 WORKERS will get up to two-thirds of wages paid for hours they can't work due to coronavirus in a scheme to replace furlough.

Rishi Sunak hopes the Job Support Scheme will reduce the millions of job losses expected when the furlough scheme ends. 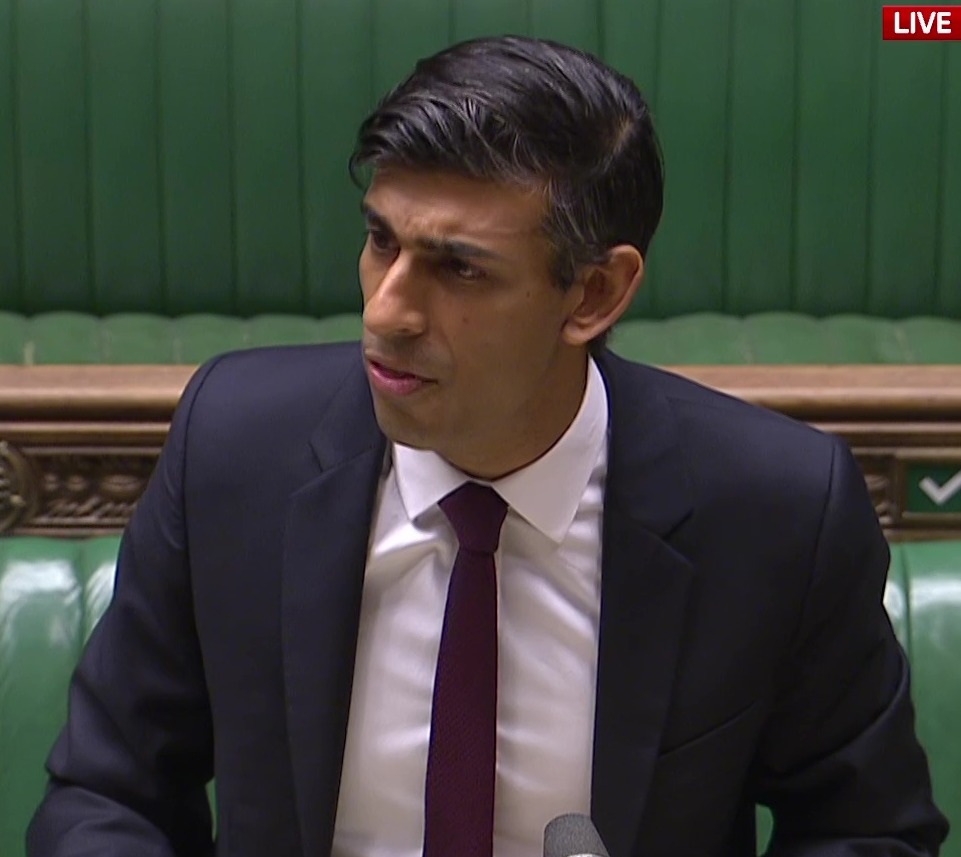 He said: "Many businesses are operating safely and viably, but they now face uncertainty and reduced demand over the winter months.

"What those businesses need is support to bring people back to work and protect as many viable jobs as we can."

The Chancellor announced the changes as part of his wider Winter Economy Plan in the Commons this afternoon.

Other measures in the support package include pushing back the deadline for the business loan support schemes and an extension to the VAT cut for the hospitality industry until March 2021.

Here's everything you need to know:

What is the Job Support Scheme for workers?

The new Job Support Scheme will be available from November 1 and run for six months.

It will only be available to employees who are working fewer than normal hours due to decreased demand.

Employers will continue to pay staff for hours that they work – but for the hours they've not worked the government and employer will pay one third of their equivalent salary.

It means workers will be paid two thirds of their salary for the hours they can't work.

To be eligible, employees must be working at least a third of their contracted hours and be paid for those hours in full by their employer. 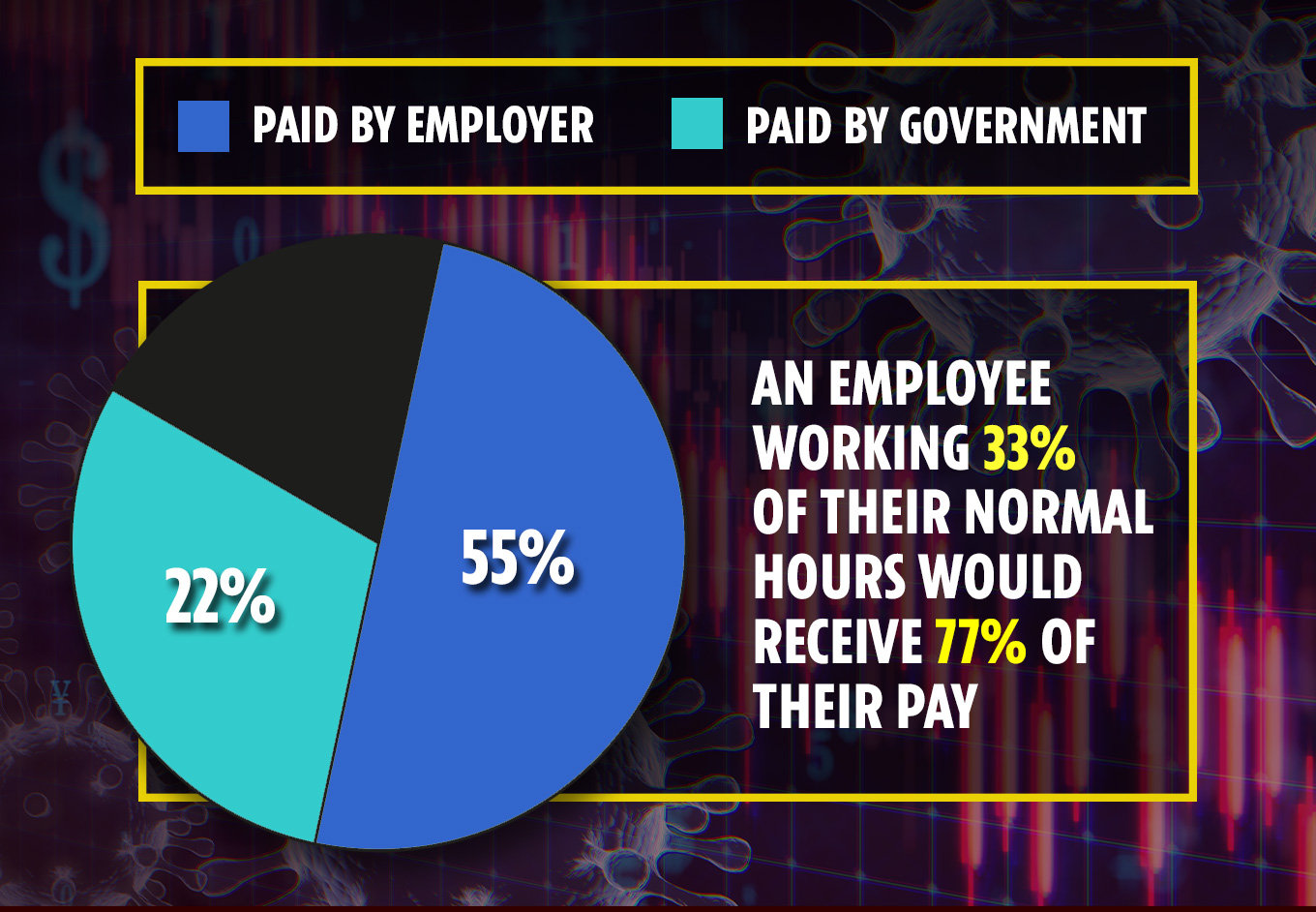 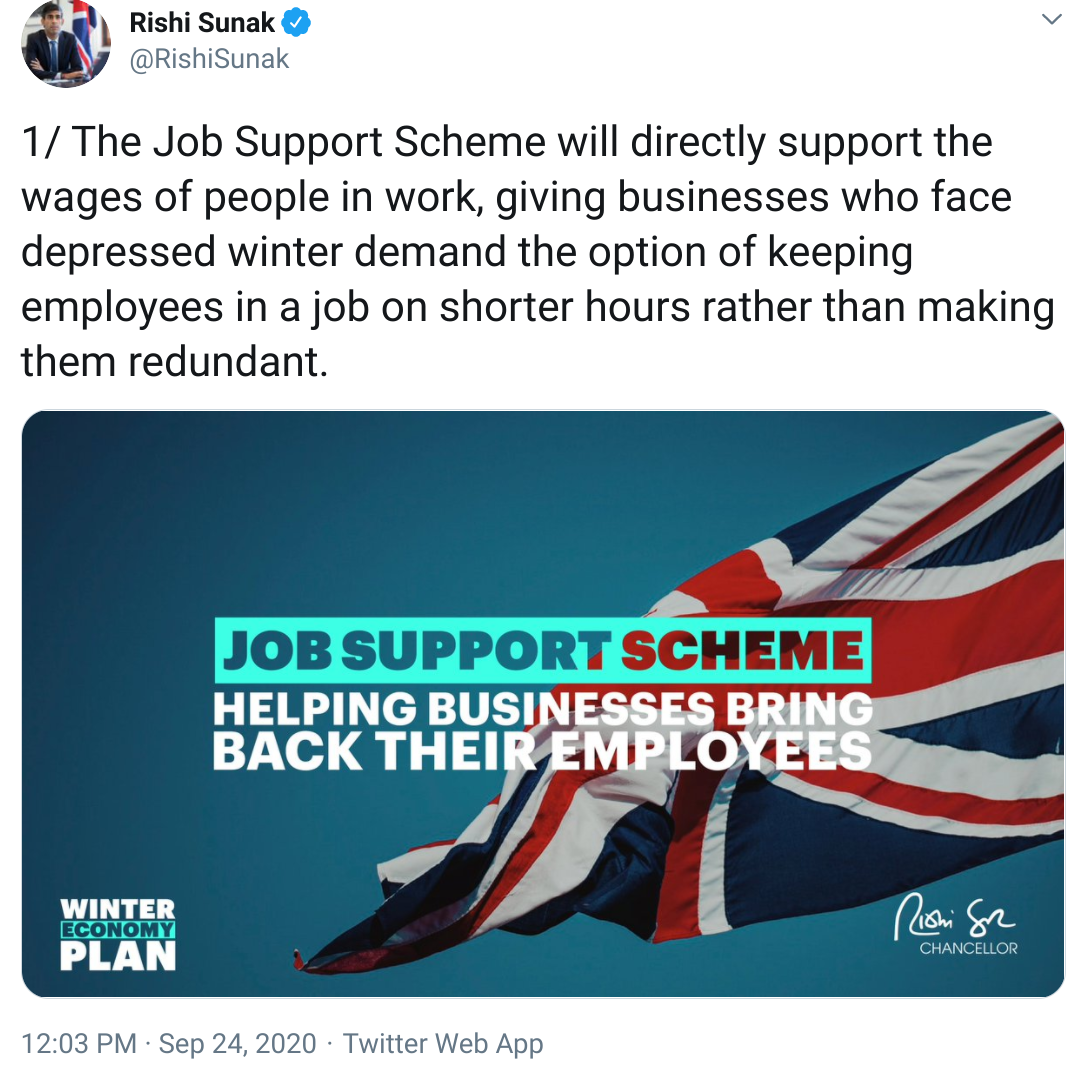 The government will then cover a third of the of the pay they have lost from having their hours reduced.

You employer will then top up the other third. In total, someone on the scheme will receive 77% of their total pay, according to The Treasury.

The Government's chunk of the support will be capped at £697.92 per month.

Employees are allowed to work more than a third of their contracted hours and still be eligible for the scheme, but the amount the government will pay is reduced.

For example, an employee working half of their normal hours will receive 83% of their total pay packet.

The government will cover 17% of their normal wages, while the employer will pick up 67%.

You can see how much you’ll be paid based on how many hours you work on the table below. 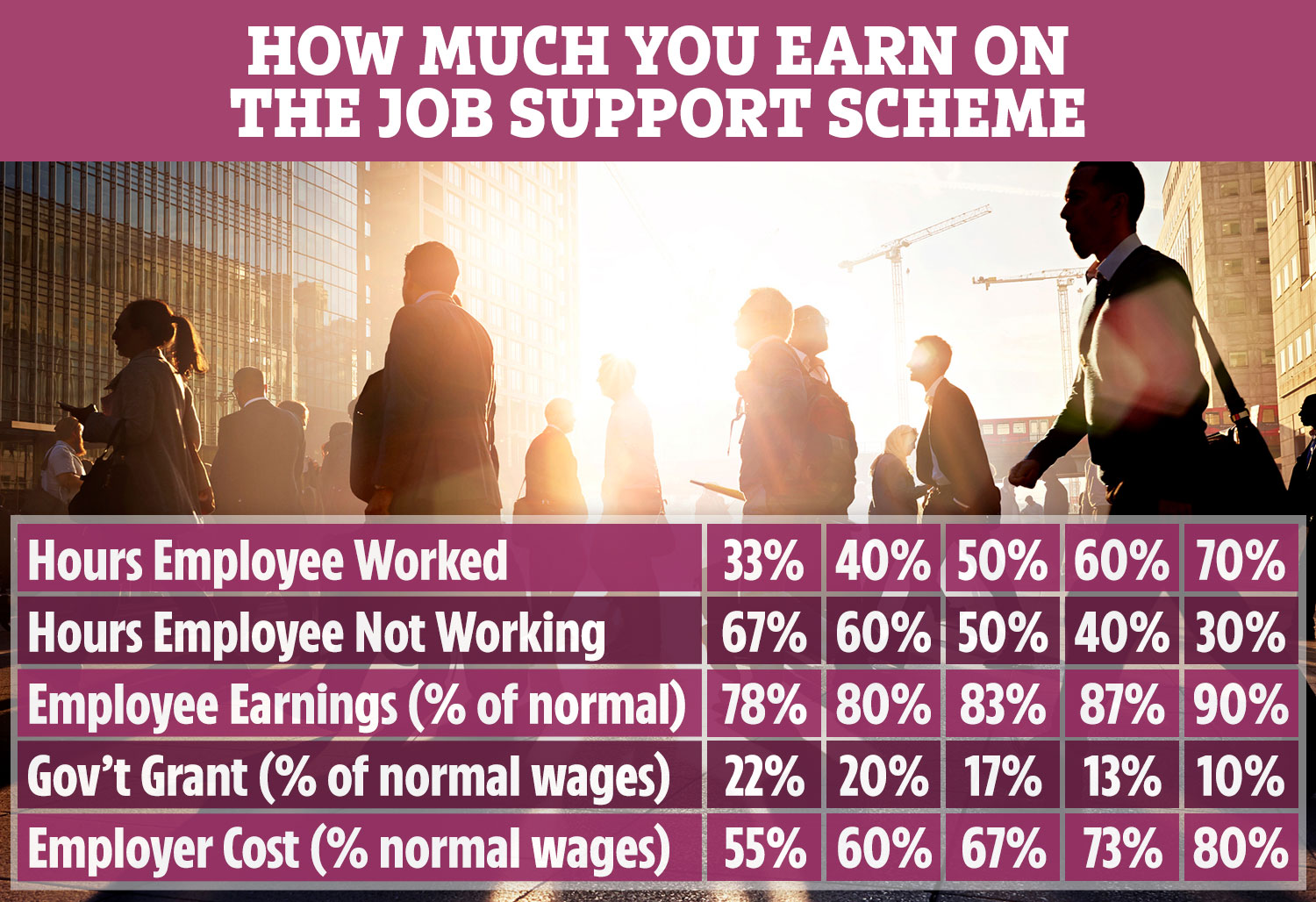 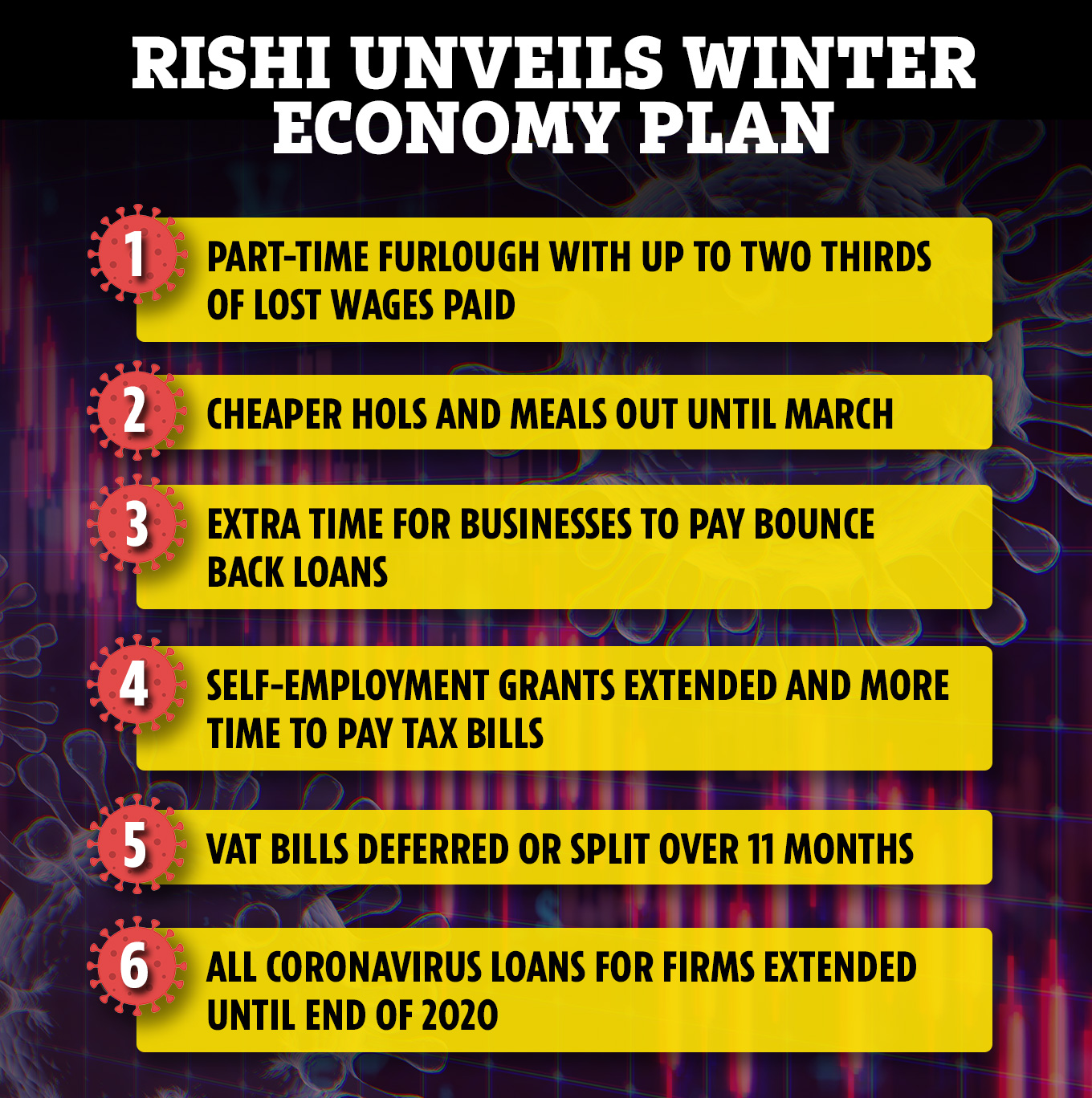 Anyone who is in employment as of yesterday, September 23, can be put on the scheme – and it's open to all small and medium-sized businesses who didn't apply to furlough before.

Larger businesses will only be eligible when their turnover has fallen.

Employers who take advantage of the scheme can also claim the Jobs Retention Bonus worth £1,000 if they keep staff in work through to January 31, 2021.

Staff cannot be made redundant or put on notice of redundancy during the period within which their employer is claiming the grant for that employee.

The Job Support Scheme will only help those on the PAYE pay roll. Self-employed workers have been given more time to pay their tax bill.

The government is yet to say how much the scheme will cost the taxpayer.

Up to September 20, the furlough programme has cost the government £40billion.

How can I apply?

It's not yet clear how workers can apply for the extra help but if it's anything like the furlough scheme, they won't have to do anything.

Employees were put onto furlough by their employers, who would then pay up to 80% of their salaries.

The employers were then able to claim back the portion of wages from the government through their HMRC portal.

What is Rishi Sunak’s Job Support Scheme, who is eligible and how do I apply?

Before being rolled onto the scheme, employees had to give their consent.

The scheme closed to new applicants on July 4. Since then, furloughed workers were allowed to be brought back part-time.

Employers have to pay staff in full for the hours they work and the government covers a portion of the wages for the contracted hours they were furloughed for.

To be eligible for the scheme before, staff were not allowed to carry out any worker for their employer.

The furlough scheme has been wound down since July and is due to end completely on October 31.

When it first launched back in March, the government covered up to 80% of staff salaries plus their national insurance and pension contributions.

It was then up to employers whether they topped up employees' salaries to 100%.

From August, companies were asked to pick up the tab for the national insurance and pension contributions, while from September the government subsidy dropped to 70% of wages.

The amount covered by the state will fall again from October 1 to 60% before the support is withdrawn completely at the end of the month.

The ending of the scheme is expected to spark mass redundancies as businesses look to shed overheads as they battle to survive.

Can I be made redundant if I’m on furlough?

EVEN though furlough is designed to keep workers employed, unfortunately it doesn’t protect you from being made redundant.

But it doesn't affect your redundancy pay rights if you are let go from your job amid the coronavirus crisis.

Your employer should still carry out a fair redundancy process.

You will be entitled to be consulted on the redundancy lay-off first and to receive a statutory redundancy payment, as long as you've been working somewhere for at least two years.

How much you're entitled to depends on your age and length of service, although this is capped at 20 years. You'll get:

Sadly, you won't be entitled to a payout if you've been working for your employer for fewer than two years.

There should be a period of collective consultation as well as time for individual ones if your employer wants to make 20 or more employees redundant within 90 days or each other.

You are also entitled to appeal the decision by claiming unfair dismissal within three months of being let go.

If you're made redundant after your company has gone into administration you can claim redundancy pay via Gov.uk.

Trade unions and organisations have been urging the government to rethink plans to end the scheme to avoid a second wave of job cuts.

More than 430,000 jobs have been lost as a result of the pandemic, mainly on the high street and travel industries.

Both sectors have been hit the hardest by lockdown and restrictions to limit the spread of the virus.

From today, pubs have been slapped with a 10pm curfew that could last up to six months.

Meanwhile, Premier Inn has announced it will axe 6,000 jobs as a result of the pandemic.