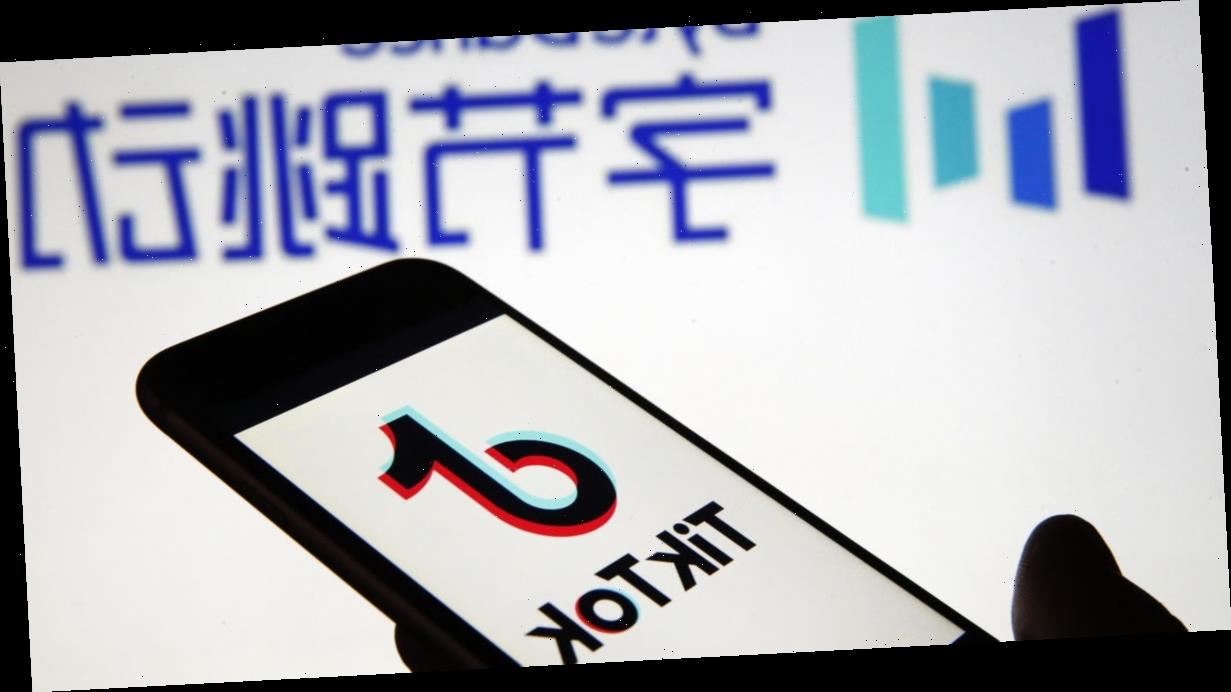 It’s likely the most buzzed-about tech company of 2020: TikTok, the social media platform that has launched the careers of musicians, comedians and beauty influencers… not to mention a viral video or three. If you’re a parent of a teen or tween, you likely know exactly what TikTok is, as well as the dance crazes the app tends to spawn. If you follow international trade, or the tech industry, you likely know TikTok for very different reasons.

Until this year, TikTok was mostly known for its frenetic, addictive style of content: Short, looping videos that anyone with a smartphone can create and share — think pranks, comedy, political commentary, memes, viral challenges, or just snippets of life that millions of others might relate to. It’s also known for its skyrocketing popularity.

But starting in 2019, this 4-year-old company began to spur very different conversations: Is it a privacy risk? Is it a risk to child safety? And most recently: Does it jeopardize America’s national security? It became a focus of the highest offices in the land, including the White House, where President Donald Trump launched an effort that’s threatened to end America’s love affair with TikTok for good.

Here’s what we know, what’s happened so far, and what you might expect in coming months.

At its core, TikTok is a video-sharing social-media service owned by Chinese company ByteDance. It offers an app, downloadable on smartphones. Users can upload homemade videos of 3 to 60 seconds, depending on the content. The simplicity of the service, combined with a constant stream of new and often viral videos, has attracted an estimated 700 million users. Three years into its life, in 2019, the app had been downloaded more than 1 billion times worldwide — more than Facebook or Instagram. 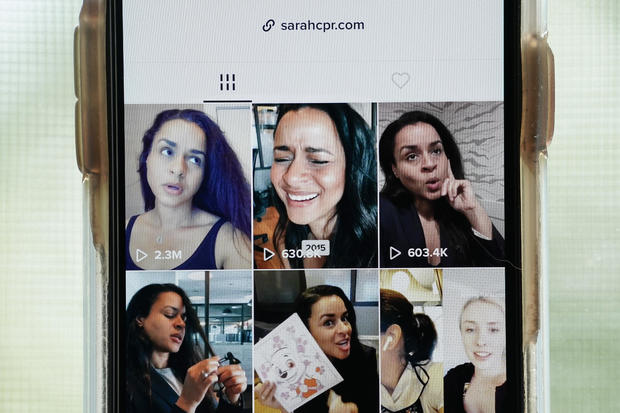 Entire careers have been launched over TikTok. Connecticut teen Charli D’Amelio began posting dance videos in March 2019. It wasn’t long before she was famous enough to appear in a Super Bowl commercial for Sabra hummus, perform as a dancer at the 2020 NBA All-Star Game, and have a drink named for her at Dunkin’ Donuts. TikTok comic Sarah Cooper has won so much acclaim for her lip-synced imitations of President Donald Trump that she was invited to speak at the 2020 Democratic National Convention. Rapper Li’l Nas X owes some of the success of his “Old Town Road” to TikTok, as do Jason DeRulo and Joshua Nanai for the viral mania that was “Savage Love.”

For every person who has found fame on TikTok, there are scads of flash trends, backed by tens of thousands of average users, many of them children or teens. Nigerian comedian Josh Alfred decided to try out a few dry jokes on TikTok in June 2020. The resulting “don’t leave me” challenge launched painfully pun-filled home videos across at least three continents.

Other TikTok trends have been less than funny. One dangerous viral challenge, from early 2020, encouraged teens to record themselves sliding pennies into electrical outlets. The March 2020 “skullbreaker challenge” resulted in arrests and assault charges for two Cherry Hill, New Jersey 7th graders who were apparently inspired by TikTok videos.

As TikTok has grown, so has government scrutiny, both in the United States and abroad. Different countries have found different reasons to find fault with TikTok — a development that often befalls tech giants operating in multiple countries. But in TikTok’s case, most of the anxiety is about privacy: Just how much personal data is the company collecting? How much of that info comes from teens or young children? What does TikTok do with that information? And does China — a country infamous for its corporate espionage antics — get access to all of it?

U.S. officials have worried about this since at least August 2018, when TikTok merged with another Chinese-owned app, Musical.ly.

In February 2019, the Federal Trade Commission accused Musical.ly, now part of TikTok, of illegally taking personal information from kids without parental consent. Details listed in the FTC complaint were troubling; one passage claimed that “there have been public reports of adults trying to contact children via the Musical.ly app.”

TikTok settled the FTC case for a record $5.7 million, the largest such civil penalty in U.S. history. TikTok also agreed to split users into separate, “age-appropriate TikTok environments.” Younger users, the company promised, would no longer be permitted to share videos or maintain followers.

Meanwhile, other countries were starting to cast a distrustful eye on TikTok. The National Society for the Prevention of Cruelty to Children, a powerful British charity, accused TikTok of providing a hunting ground for child predators.

An NSPCC survey of 40,000 schoolchildren found that 25% of the kids had livestreamed with a stranger. Even more chilling: One in 20 children were asked to take their clothes off, according to NSPCC.

Anti-TikTok sentiment has also spread into parts of Asia. In spring of 2020, as Indian and Chinese troops were locked in a standoff over a contested border, the Indian government seized on the opportunity to make a dramatic move in cyberspace, banning TikTok and 58 other Chinese apps.

Geopolitical and tech experts took careful note of the wording India used: It didn’t focus on the border kerfuffle, but rather data privacy. TikTok and other apps, India said, were “stealing and surreptitiously transmitting users’ data in an unauthorized manner to servers which have locations outside India.”

Since then, U.S. government distrust of TikTok has only grown, fed by brand-new anxieties as well as older ones.

Take this case. In November 2019, TikTok briefly suspended the account of an Afghan-American teenager. The teen had posted a video criticizing China’s detainment and abuse of its Uighur Muslim minority. TikTok later backtracked and issued a public apology, but for some American lawmakers, the damage had been done. Senators began to ask pointed questions: Why are there so few videos of the Hong Kong protests? Does China take advantage of all the information TikTok’s collecting from its estimated 100 million American users? Could that data somehow be used against the United States?

TikTok has responded to these questions, but not necessarily to lawmakers’ satisfaction. The company says it stores its U.S. data in the U.S., with a backup in Singapore. TikTok also insisted that none of its data is subject to Chinese law, and that it has “never provided user data to the Chinese government” and had no plans to start now.

But in an open letter to the U.S. intelligence community, two U.S. senators summed up their fears in clear terms: The Chinese government could still force TikTok to hand over our personal information and use it to spy on us.

“Security experts have voiced concerns that China’s vague patchwork of intelligence, national security, and cybersecurity laws compel Chinese companies to support and cooperate with intelligence work controlled by the Chinese Communist Party,” said the letter from Republican Tom Cotton and Democrat Chuck Schumer. “Without an independent judiciary to review requests made by the Chinese government for data or other actions, there is no legal mechanism for Chinese companies to appeal if they disagree with a request.”

In December 2019, the U.S. Navy and Army both banned TikTok from all government-issued devices. The Transportation Security Administration, which is responsible for security at airports, among other functions, followed suit, in part, by banning employees from using TikTok to promote the agency.

And then the White House got involved.

In July 2020, the Commerce Department announced plans to ban TikTok from app stores altogether. The decision was clearly in line with the Trump White House, which took things a step further. Citing national security fears, President Trump announced a decision ordering ByteDance to divest its ownership of TikTok’s U.S. operation, or risk a total shutdown in America.

It wasn’t immediately clear how Mr. Trump could enforce such a ban, but the tech industry soon stepped forward to help move things along. A proposal that would allow Microsoft to essentially take over the U.S. part of TikTok’s business got support from Senator Lindsay Graham before getting rejected by TikTok.

Oracle Corp. and Walmart then stepped up, hoping to help keep TikTok in the U.S.  TikTok, for its part, has gone to court to fight the White House’s ban threats, citing First Amendment rights.

Meanwhile, TikTok also has its defenders. They argue that Mr. Trump’s targeting of TikTok is more about politics than national security, and point out that the tracking of user data is hardly unique to Chinese apps. Analysis by the Washington Post, collaborating with a privacy company called Disconnect, concluded that TikTok doesn’t seem to collect any more data than Facebook — but “that’s not a compliment.” TikTok itself has said that Mr. Trump’s policy “further(s) the president’s anti-China political campaign.”

Since late August 2020, the drama seems to have unfolded almost minute-to-minute. But as of late September 2020, a ban, or sale, has yet to take effect.