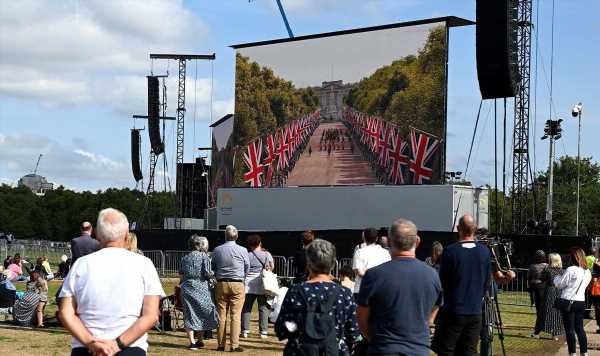 Millions predicted to descend on London for Queen's funeral

Queen Elizabeth II’s incredible life and legacy will be honoured at her state funeral on Monday, September 19, and crowds are expected to line the streets of London to pay their respects. While Westminster Abbey will be crammed with members of the Royal Family and heads of state from around the world, the public will be able to gather at spots across the UK to watch the Queen’s funeral on big screens. Tickets may be required for entry to these sites, and limits on numbers may also be enforced.

London and the South

Some 100,000 mourners could watch the funeral at Hyde Park on Monday, according to reports.

Elsewhere in southern England, Winchester Cathedral, Salisbury Cathedral and Portsmouth Cathedral will all be screening the funeral.

There will also be big screens in Forbury Gardens in Reading, Alexandra Park in Hastings and Bond Square in Bracknell. 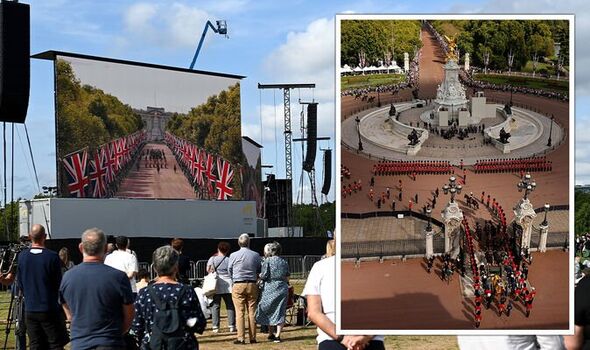 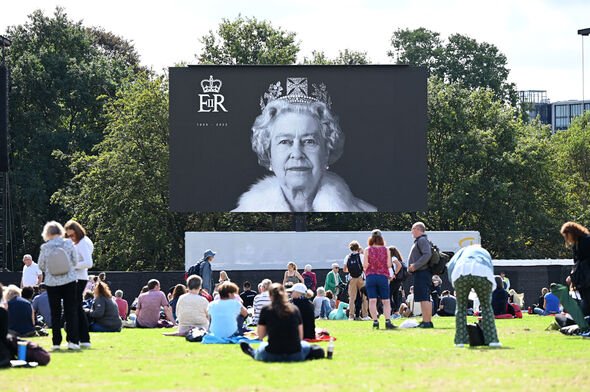 Birmingham and the Midlands

Big screens will show the Queen’s funeral in Centenary Square on the north side of Broad Street in central Birmingham.

There will not be any seating, refreshments or other services on-site, so anyone planning on attending should come prepared.

In Warwickshire, the Royal Shakespeare Theatre will screen the funeral in Stratford-upon-Avon.

In Coventry, the funeral will also be streamed in University Square.

The Core Theatre in Solihull town centre will be showing the funeral for free, subject to ticket availability.

The service will also be broadcast in Wolverhampton on a big screen in Queen Square.

A big screen will be showing the funeral at St Matthew’s Church in Walsall town centre, and there will also be a screen near the bandstand in Dartmouth Park in West Bromwich.

Manchester and the North

The Queen’s funeral will be broadcast on big screens in three locations in Manchester: Cathedral Gardens, Exchange Square and inside Manchester Cathedral.

Manchester City Council’s website explains: “Each site will be open to the public without the need for tickets.

“There will be bag searches in operation and access to the squares will be limited when they reach capacity.

“People will be able to move in and out of the big screen areas through the day.”

In Newcastle, the Queen’s funeral will also be broadcast on a big screen in Old Eldon Square. 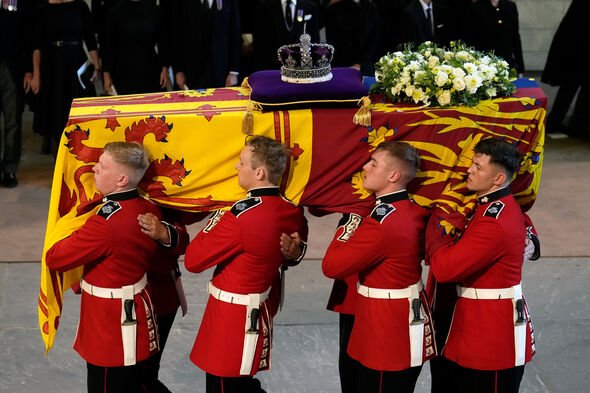 The Queen’s funeral will be broadcast on a big screen in Holyrood Park, nearby to the monarch’s official Edinburgh residence, the Palace of Holyroodhouse.

City of Edinburgh Council leader Cammy Day said: “I can think of no more fitting venue for Monday’s screening – in The Queen’s own park on the doorstep of her beloved Palace of Holyroodhouse – and I hope people of all ages will take this opportunity to say their final farewell to Her Majesty.”

The Queen’s funeral will be broadcast on a big screen on the grounds of Belfast City Hall.

Vue and other cinema chains across Wales and the rest of the UK will show the Queen’s funeral for free on Monday. 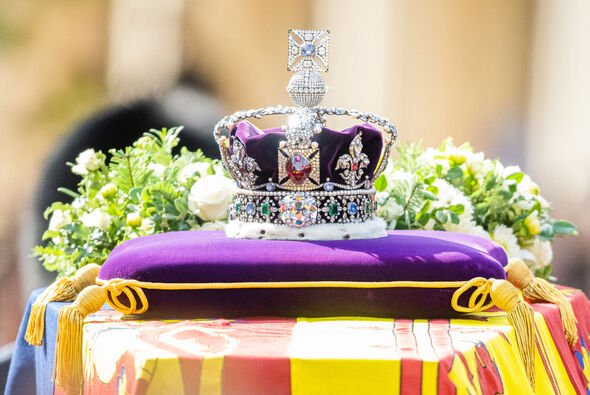 Where else can you watch the Queen’s funeral?

Many pubs across the country will be open on Monday to allow patrons to gather and watch the funeral.

Pub group Stonegate said it will keep venues open on Monday and plans to show the Queen’s funeral on screens.

The funeral will also be broadcast by BBC and ITV on the day, and it will be available on catch-up services.

Channel 4 will air a 1953 documentary about the Queen’s coronation, ‘A Queen Is Crowned’, while the funeral is taking place.