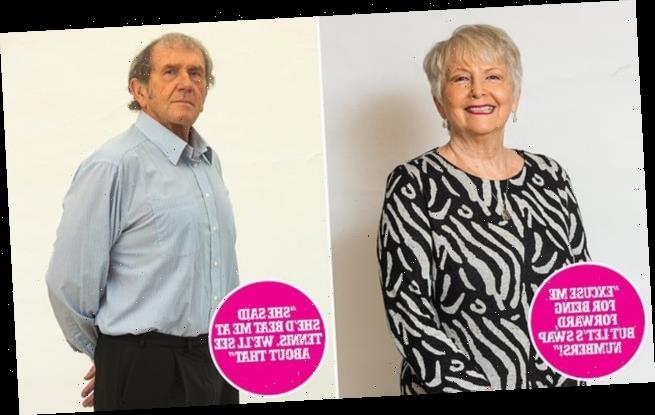 Who’ll find love on our blind date? This week it’s Angela, 73, and Alan, 70, but will romance be on the cards? 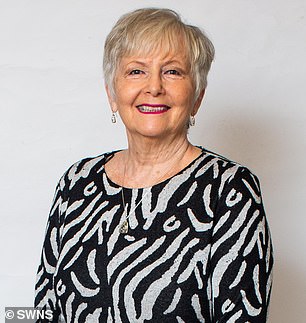 Angela, 73, (pictured) has been widowed for ten years and has five grandchildren

I married very young and quickly had three children, but we divorced after 17 years. Two years later, I was introduced to someone else. We married, but immediately I knew it wasn’t right so we divorced, too.

Then, a year after that, I met and married the man I thought I would spend the rest of my life with — but he died very suddenly ten years ago. You are never too old to find love.

A nice -loo king man who is honest, solvent and well-dressed. I’m not interested in someone who wants to be looked after.

LIKED? The way that he treated me.

REGRETS? None at all.

I wasn’t nervous. Just before I left the house I realised how much I was looking forward to it. It has been three years since I’ve been on a date. My family and my best friend were excited for me. My daughter helped me choose a nice outfit to wear.

Although I was five minutes early, Alan was already there and he greeted me with such warmth.

He’s my type physically; he’s tall and looks after himself. He has a lovely voice and was attentive and smartly dressed. We laughed because we wore similar Chelsea boots.

Easy to talk to?

We bonded over our old jobs with the police — I used to work as a PA in Hertfordshire and Alan was an officer for years.

I’m pleased that he’s also into fitness. I use an exercise bike every day and used to be a qualified tennis coach. I play bridge, too — he said he hadn’t played since school, but I might get him back into the game.

Nobody spilled anything! It all went smoothly.

Alan showed a real interest in what I had to say, and he also complimented me on my dress.

As we left, I decided to be honest, so I excused my forwardness and asked if he would like my phone number as I’d like to see him again. He admitted that he was about to ask me the same thing.

Later that day, he checked to make sure I’d got home safely and we’ve been in touch ever since. He’s so sweet and a perfect gentleman.

Definitely. He’s currently moving house, but his new place is only a 20-minute drive from me.

What do you think he thought of you?

I FELT that he liked me, so hopefully we can build on this. My daughter was so excited — she even texted me while I was still on the date.

YES — he’d get on with anyone.

Divorced for 19 years, with grandchildren.

A lady who enjoys health and fitness. I like to think I dress smartly, and I find women who also look after themselves attractive.

LIKED? She was easy to talk to.

I was married for 28 years and divorced in 2001. Since then, I’ve had three relationships.

Currently I live in Berkshire, but I am moving back to Penzance in Cornwall so I can be closer to my children.

I’m not sure why I put myself forward for this, as I’m a shy person and hate having my photo taken. I’m blaming the stress of Covid for making me take the plunge.

When the day came I was excited and apprehensive — I hoped I would come across well.

Angela was smartly dressed in a black and grey dress that suited her. She was warm, well-spoken and confident, with a natural smile. I knew we’d get on.

Easy to talk to?

I hope I didn’t hog the conversation. We chatted about the impact of Covid and how hard it is when you miss family who don’t live nearby. Angela moved to Cornwall two years ago to be nearer to one of her daughters, and I’m just making the same move. I’ve been away from the area for nearly 20 years, and I’m looking forward to going back.

Angela used to be a tennis coach and threw down the gauntlet by saying she would beat me, so we may have to see if she’s right. Fitness is important to both of us — I even have a personal trainer.

I don’t remember having to apologise for saying anything stupid, thankfully.

There were smiles and laughter, and it was easy and relaxed. I think at our age we’re more circumspect and rarely make instant decisions, but I enjoyed Angela’s company and hope to see her again.

She suggested we exchange numbers — I’m pleased she did as I was going to ask her, too. I’m keen to explore this further.

Yes. We’ve arranged to meet up for coffee and a walk.

What do you think she thought of you?

I hope I came across as an honest, straightforward and pleasant man.

Without a doubt. She would fit in with anyone.