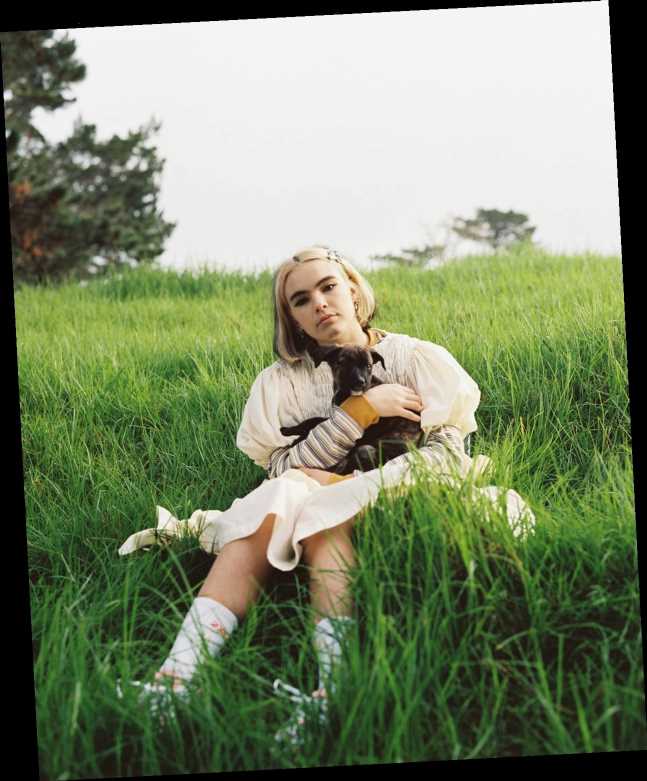 Life is good for BENEE.

For starters, the Kiwi singer, born Stella Rose Bennett, released her album Hey u x — featuring collabs with the likes of Grimes and Lily Allen — on Friday. And she just got off tour (yes, tour!) in her native New Zealand where coronavirus cases have remained within single digits over the past few weeks.

"I feel horrible telling you about my life, because I know how freaky it must be over there right now," she tells PEOPLE. (It is freaky over here.) "This year turned into me making music for the album, which I think ended up coming sooner than I expected, which is really cool."

Her "super eclectic," 13-track album is both the culmination of a rapid ascent to stardom for BENEE — whose "Glitter" and "Supalonely" were two of the first-ever hits spawned by TikTok — but also the catapulting of a career that's already been endorsed by Elton John.

BENEE is undoubtedly part of the new generation of young musicians unafraid of baring it all on social media and using digital platforms to extend their reach to audiences similar to themselves. Through her almost anti-social-media-style posts, she attracts a wide audience of youngsters who are unapologetic and honest about life and mental health. "The biggest thing for me is just to be super honest. I want [my social media] to be raw and to be the real deal for people who are following me," she says. "Everyone is human and everyone feels different emotions and everyone gets sad. I think that often some people can forget that with artists."

For World Mental Health Day this year, she shared a series of selfies of herself crying post-breakdowns with an explanation of why she was crying in each photo. She says it felt especially important to talk about mental health during this unpredictable pandemic year. (63% of 18 to 24-year-olds reported symptoms of anxiety or depression in June, according to a CDC survey.)

"I have this weird habit of, when I'm feeling my lowest and I'm bawling my eyes out, I take a selfie. And it makes me laugh every time I do it, because I'm like, 'This is pathetic, what are you doing?'" she says of the post. "But then I look back at the photos and I'm always like, 'Oh my gosh, she was so sad back then, but look at me now.' You know, growth."

She also touches on her own anxiety and depression on the album's opener, "Happen to Me."

"I understand why people leave / But leaving seems scary to me / I think about these things too much,” she sings. “My mind likes to / wind itself up / And I don’t get a lot of sleep / Cause what if they happen to me."

The track touches on a time when she says she was "at my lowest."

"That was me, probably when I was taking some of the worst photos that I posted on World Mental Health Day," she says. "I look back on the song and I'm like, 'Oh my gosh.' I remember exactly how I was feeling when I was writing this."

"I was in a bit of a hole, but it's so nice to be able to listen to that and then be like, 'Look at me now. I'm a lot better than I thought I was,'" she adds. "That's a really cool feeling."

BENEE wanted the album to feel like a conversation with a friend — the album is titled Hey u x and it ends with track "C U" — so yes, it feels like we're texting. "I want everyone who listens to the album to feel like they're getting a little look into my mind," she says. "I want to make them feel as connected to the music as possible. That's what I love about music, being able to feel every lyric and be like, 'F—. Me too. I'm not the only one.'"

As a 20-year-old, BENEE says she sometimes thinks about the fact she missed out on typical coming-of-age experiences like going to college or being "the wasted teenager."

"But then I'm like, Actually, I feel like I haven't really missed out on it because I'm just loving what I'm doing so much," she says. "Whatever I miss out on is worth it, because I'm doing what I love. I'm able to make stuff for other people and impact their lives. And I think that that's the craziest thing ever. It's so cheesy, but it's true."