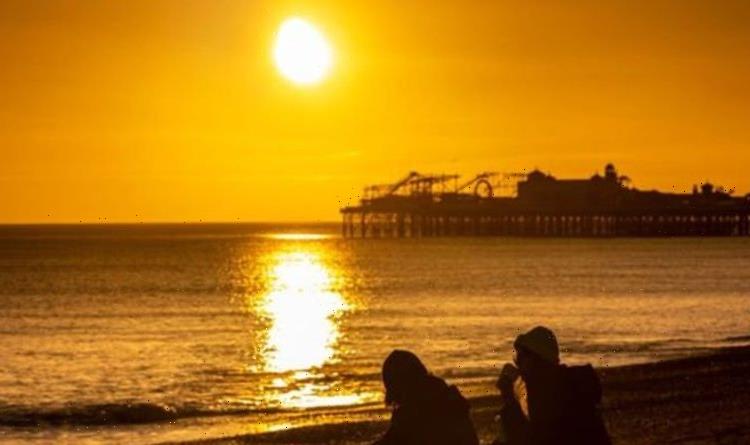 Top American scientists have warned that global warming is only getting worse as 2021 comes in as the sixth hottest on record. Two US science agencies — NASA and the National Oceanic and Atmospheric Administration (NOAA) – released their calculations for the climate on Thursday, finding it wasn’t far behind ultra-hot years like 2016 and 2020.

NASA scientists also determined that 2021 was the sixth-warmest year on record.

Scientists said a La Nina — natural cooling of parts of the central Pacific that changes weather patterns globally and brings chilly deep ocean water to the surface – was at fault for slightly dampened global temperatures.

For example, an El Nino boosted temperatures in 2016.

However, scientists confirmed that it was the hottest La Nina year on record and that the year did not represent a drop in climate change.

NOAA and NASA said 2021 marked the 45th consecutive year since 1977 in which global temperatures ranked higher than the 20th century average, in a stark warning about the deepening climate crisis.

Both groups agreed that the last eight years have been the hottest on record.

Polar sea ice also continued to decline in 2021, with the ninth-smallest average yearly sea ice coverage recorded in the Arctic since 1979, according to NOAA.

Last year was also active for global tropical cyclones, according to NOAA.

There were 94 named storms – tying with 1994 as having the 10th highest number of storms.

However, there were only 37 hurricane-strength tropical cyclones worldwide — the lowest number on record, just surpassing the now second-lowest record of 38 set in 2009.

NASA administer Bill Nelson said the report serves as a stark warning that action needs to be taken to combat climate change.

He said: “Science leaves no room for doubt: Climate change is the existential threat of our time.

“Eight of the top 10 warmest years on our planet occurred in the last decade, an indisputable fact that underscores the need for bold action to safeguard the future of our country – and all of humanity.”

“And it’s because of us. And it’s not going to go away until we stop increasing the amount of carbon dioxide in the atmosphere.”

The research shows global temperatures are now two degrees warmed than 140 years ago.