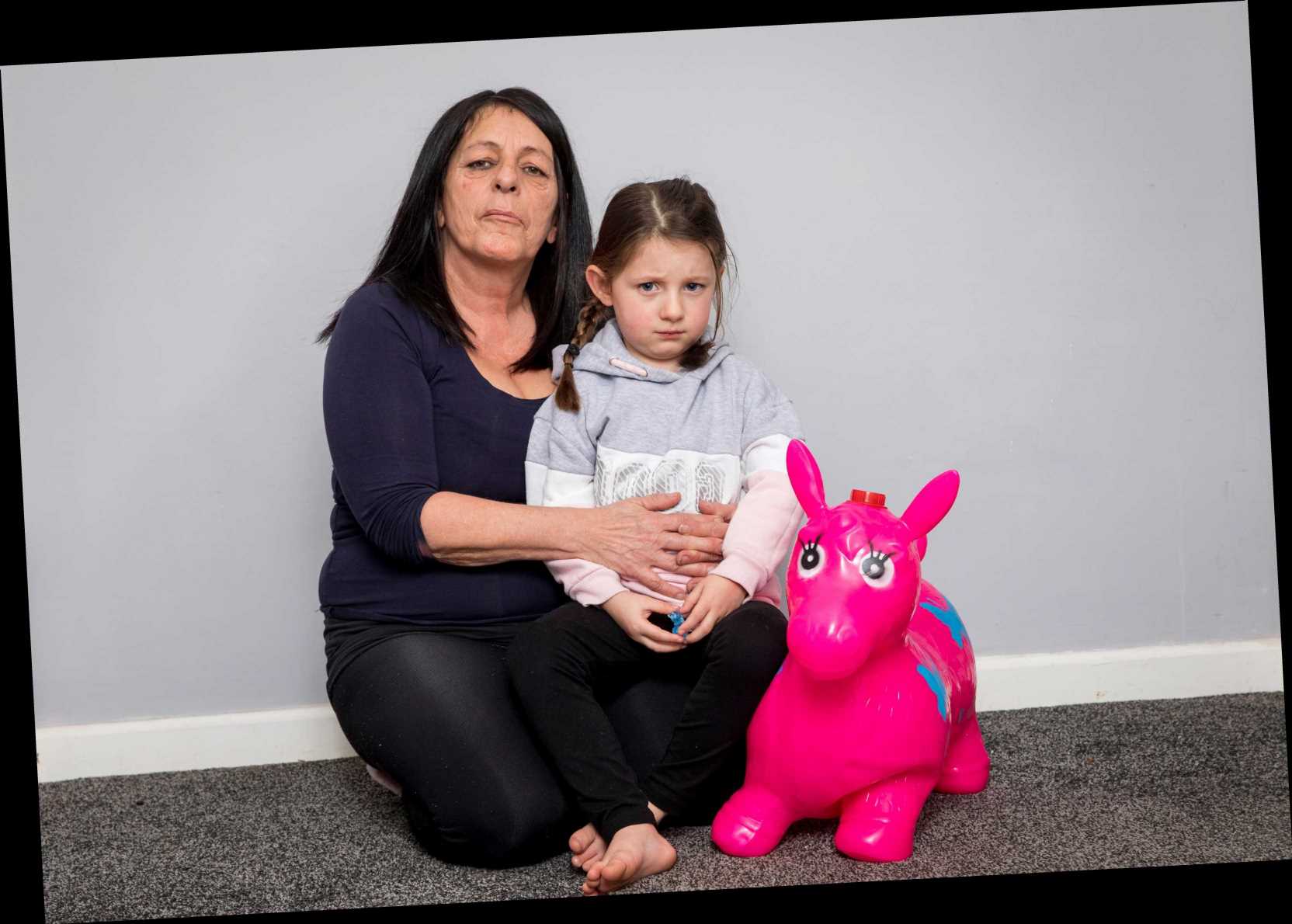 SENDING out a puny inflatable unicorn after promising a flash ride-on version sounds like something Del-Boy would do.

But such market trader scams are more widespread than ever, thanks – or no thanks – to the internet, email, Twitter and Facebook. 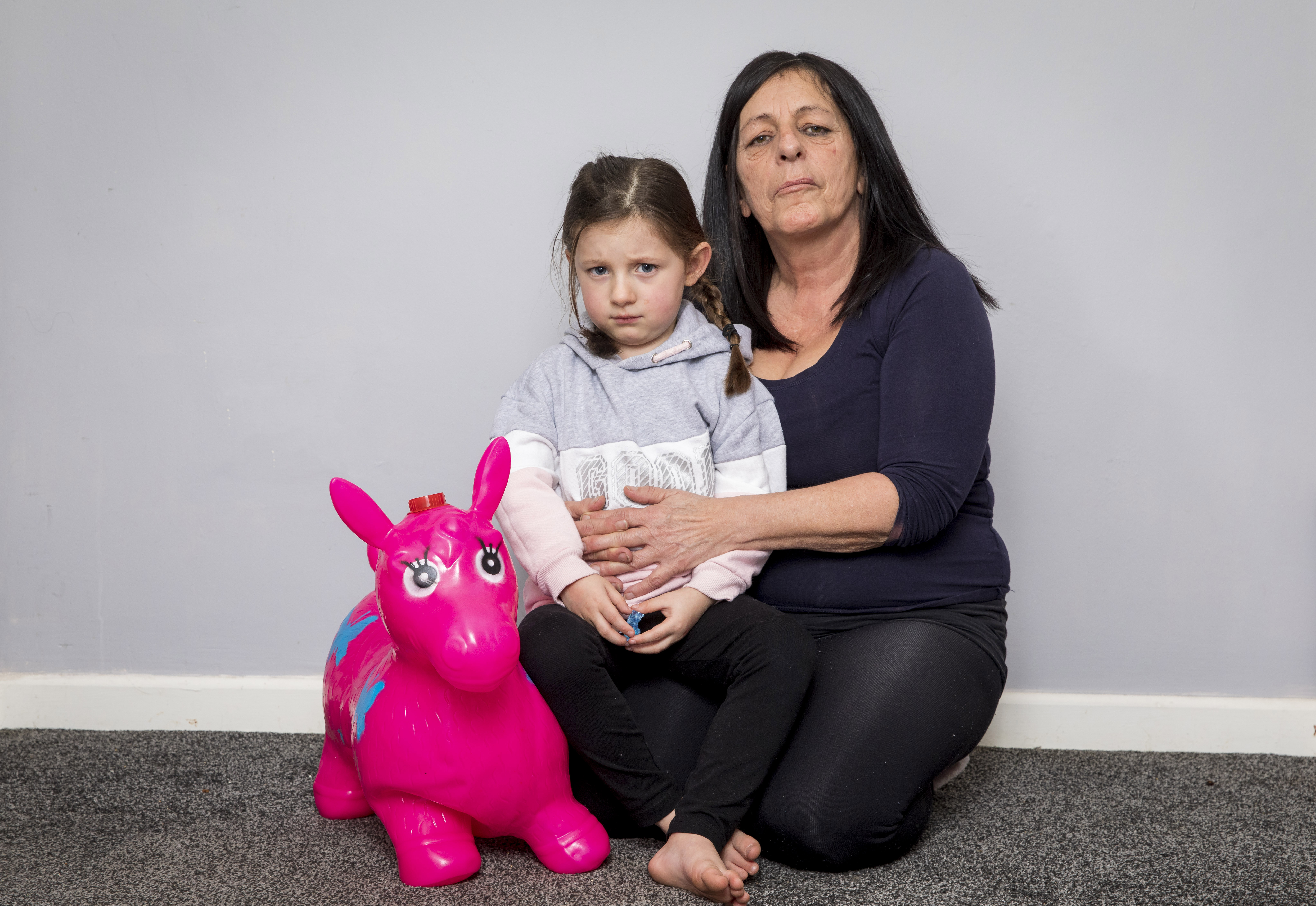 They lure you in with seemingly great deals on hard to get gadgets such as cool toys, the new PlayStation 5 or the latest designer gear.

Every day people are being duped into typing in their card details for a “bargain”, only to ultimately receive an unacceptable and shoddy imitation – or for the goods never to arrive at all.

And even more families are at risk as they do their Christmas and Black Friday shopping online.

Today we show you what to watch out for. 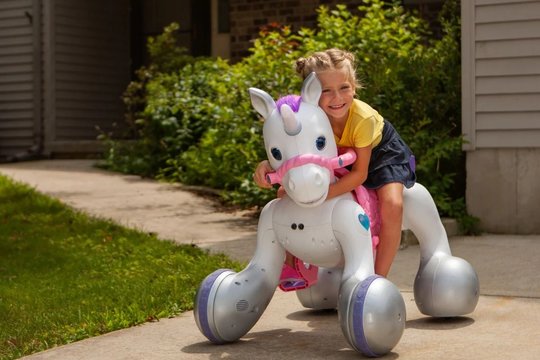 UNSCRUPULOUS traders send out toy unicorns, dolls, Halloween and Christmas wreaths that look nothing like the advert.

Thousands of families were caught out earlier this year by Facebook ads for a ride-on motorised unicorn with 100 unique sounds and movable ears.

Instead all they got was a puny inflatable one.

Debra Springer was a victim and said her granddaughter Kelsey, four, from Grays in Essex, “was devastated”.

Other victims have posted pictures of Halloween witch dolls and toy dolls that are comically different. 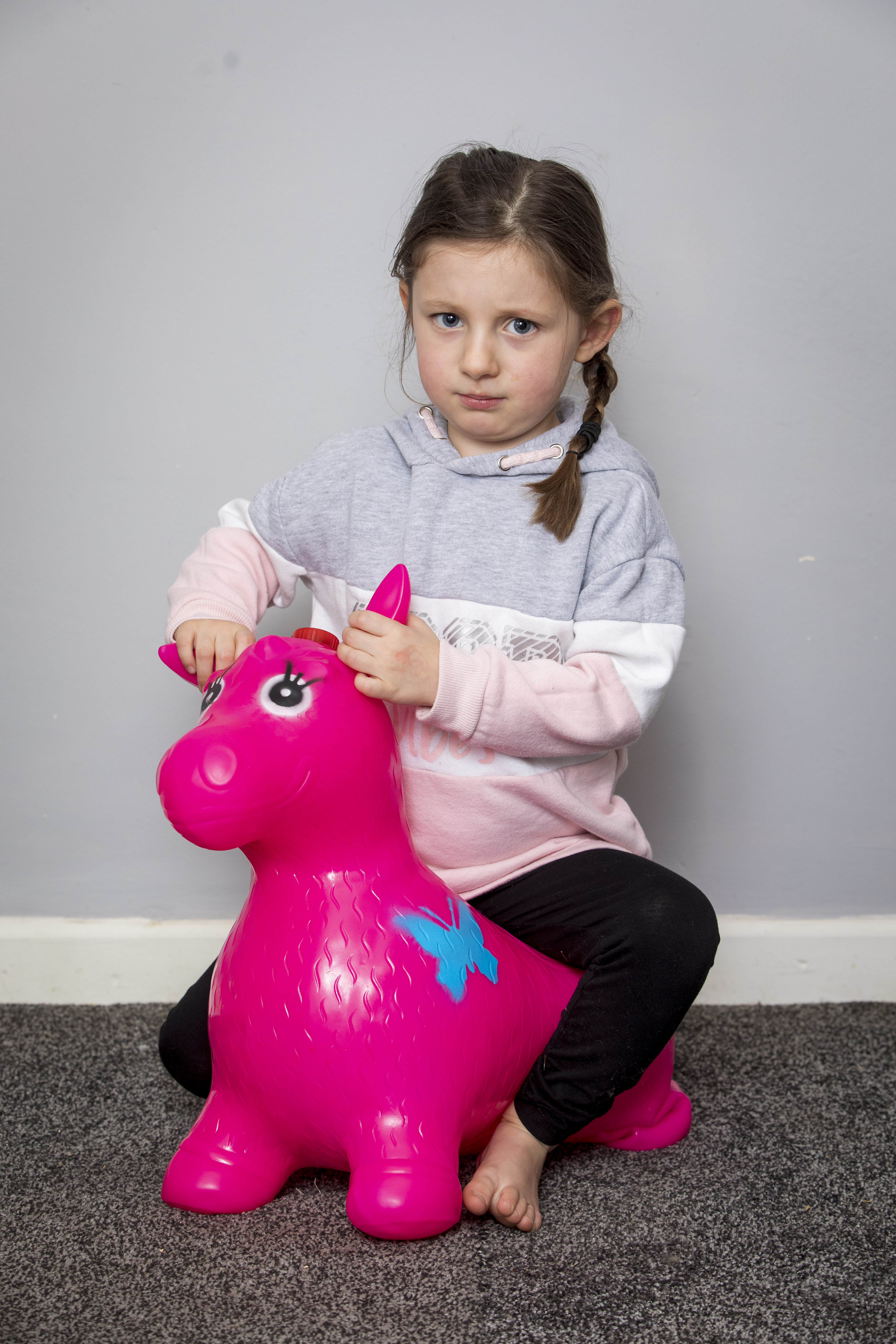 Similar scams doing the rounds are for seemingly realistic animal toys such as dogs. One shopper told how she ordered a “animatronic puppy” which supposedly moved and acted like a real dog.

But when it arrived she described it as “a small stuffed animal you could get out of a machine at an arcade”.

DESIGNER gear seemingly sold for a steal is just that – but it is your money that’s stolen when nothing arrives.

You’re scrolling through Facebook and see an ad for a floral dress from Monsoon or a hoody from Tommy Hilfiger with a tempting 75 per cent off. 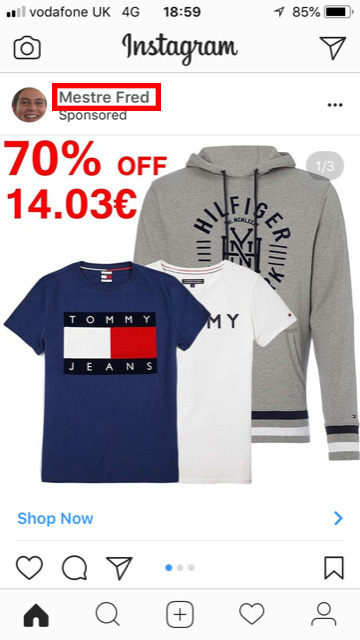 It’s a sponsored post so it must be legit, right?

Wrong. Facebook claims to review every advert before publishing it, but it hasn’t stopped scam ones appearing on the site.

Earlier this year ads posted by a company calling itself “Brand Store Clearance Online” featured real photos of products from the three brands (Clarks, Monsoon and Tommy Hilfiger) along with the company logos.

These are linked to fake, yet realistic versions of the real websites – and the crooks simply take your credit card payments and send you NOTHING. 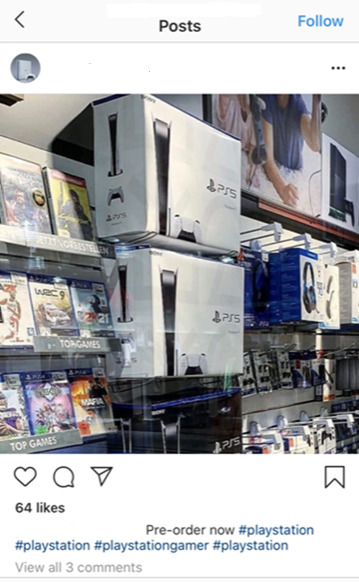 GETTING hold of in-demand gadgets or toys, such as PlayStations or iPhones can make desperate buyers perfect prey for fraudsters.

Rival games consoles PlayStation 5 and Xbox Series X are top of many Christmas wishlists – but sold out within minutes when pre-orders began in September.

Buyers who have tweeted at Game about the must-have consoles have been contacted by scammers posing as workers at the high street chain and urged to pay straight away for their order or share alternative card details.

Scammers are also cashing in on the intense demand by falsely advertising bargain prices and availability on Instagram, as seen here. 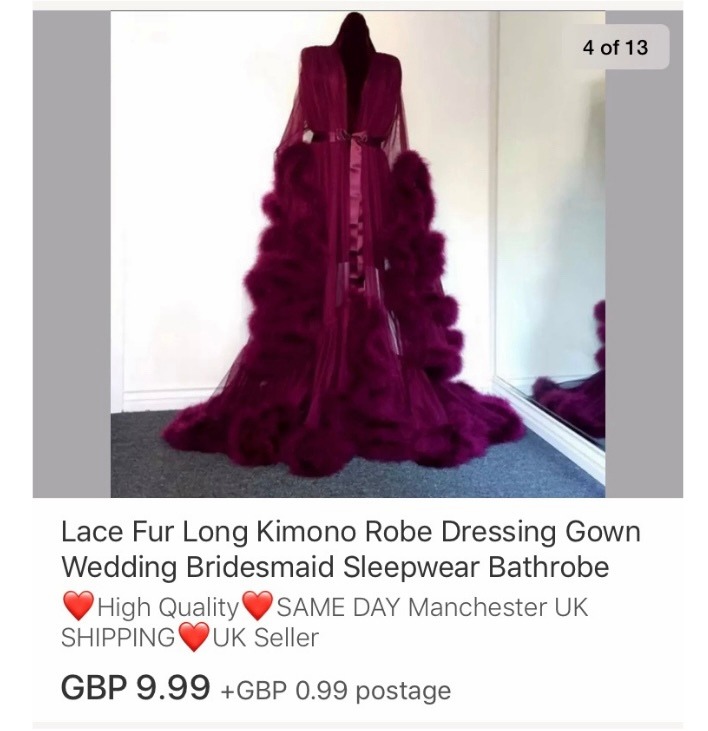 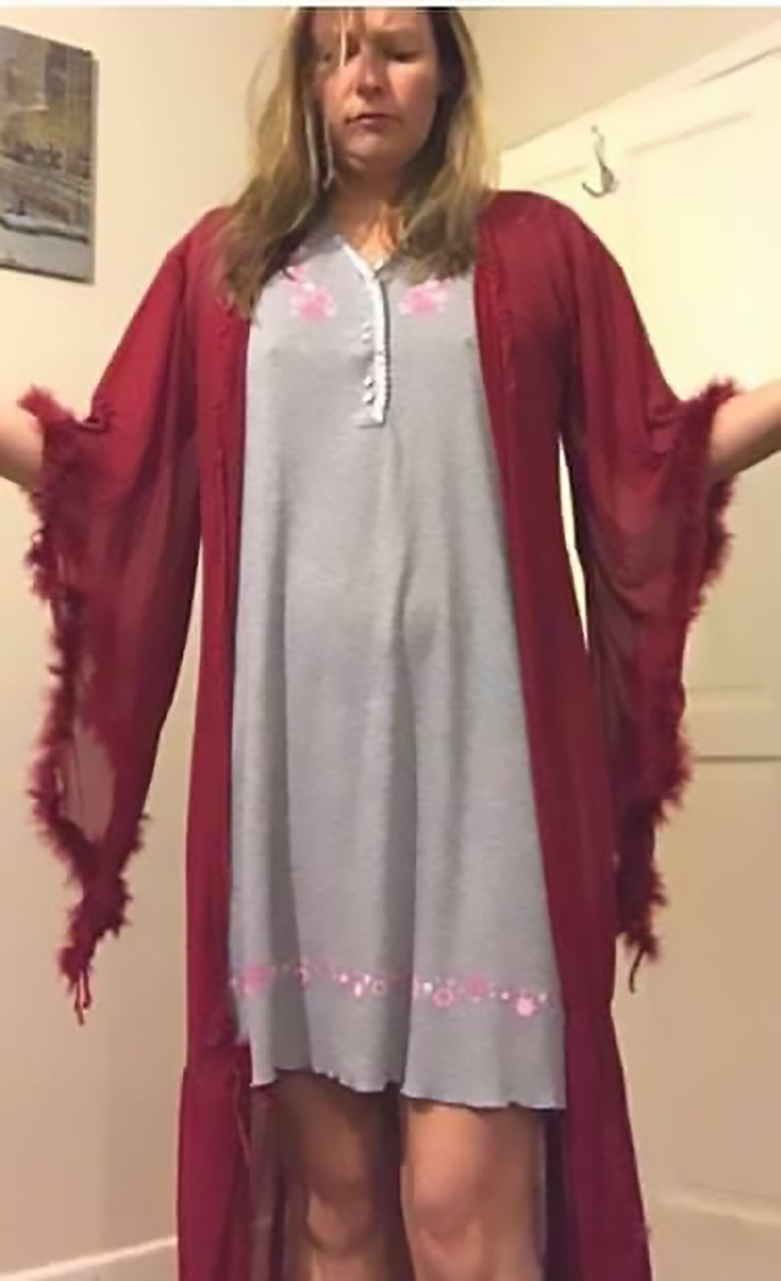 JODINE BOOTHBY, 41, from Cornwall, was caught out when she ordered a lacy dressing gown from eBay – only to get “rubbish” back in return.

The business owner, whose own firm Gummee sells baby teething toys, said: “I thought it looked a great deal for £10. But when it turned up it was just laughable.

"The colour was different, it smelt musty and it wasn’t stitched together properly."

What to look out for

OUR regular scam-buster, TSB head of fraud Ashley Hart, has these tips on how to keep your money safe…

– If an item is only in stock on one website, at a great price, it’s probably too good to be true. Stick to reputable sites you trust.

– Scam sites can look very convincing but poor spelling and grammar are often the giveaways.

– Stick to a retailer’s normal payment process and never pay by bank transfer. When paying, look for the padlock symbol in the address bar and check the domain name to ensure there’s an ‘s’ on the end of ‘http’, which indicates the site is secure.

– Look at review websites but be wary of a high amount of positive reviews posted in a short space of time.

– Fraudsters use messaging apps like WhatsApp or Facebook Messenger to share links to “special deals”. More often than not these links are just a ploy to infect your device with malware.

Partners kept in the dark on finance

TWO in five people admit to keeping a credit card, loan or savings account secret from family and friends, a survey has found.

Husbands or wives are the most likely to be left in the dark by their other halves, according to research just released from the Money and Pensions Service.

Millennials aged 25 to 34 were the most secretive age group, with nearly three in five hiding accounts or loans from their nearest and dearest.

This compared with just over a quarter of retirees, aged 65-plus, keeping cash secrets.

Among 25 to 34-year-olds who had kept a financial product quiet, credit cards, personal loans and overdrafts were most commonly hidden.

Sarah Porretta, at the Money and Pensions Service, said: “We know there are numerous reasons why people keep money secrets from those closest to them.

“A secret savings account could act as a buffer for those who want to escape a difficult relationship, or an unpaid bill could be kept under wraps in order to protect anxious family members.

“For many who keep money secrets, it can be a feeling of shame or embarrassment that debts have spiralled out of control.

“Yet we also know that many people will be struggling with money worries due to the financial impact of Covid-19.”

The Money Advice Service has budgeting help and guides on its website to help people to open up about money.

BORROWERS looking to improve their credit score can use their Netflix and Amazon Prime subscriptions and council tax bills, says Experian.

The credit checking firm said its new free service, “Experian Boost”, will use open banking technology – where customers give consent to share their bank transactions with the firm.

Andrew Hagger, of MoneyComms, said: “This initiative could see some customers having access to more favourable interest rate terms and improved credit limits.”