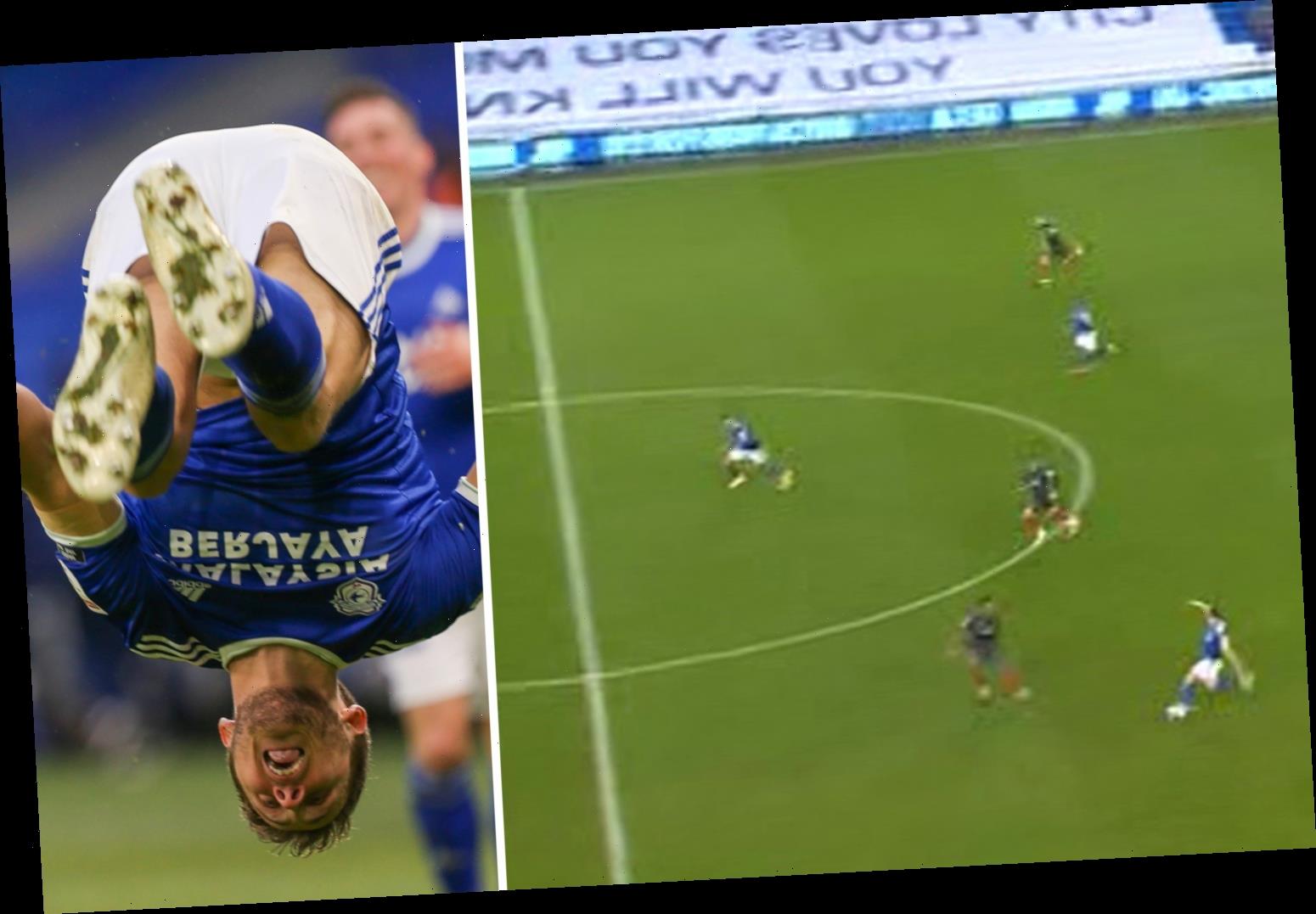 CARDIFF midfielder Will Vaulks scored an outrageous goal from aludicrous distance against Brentford.

With four minutes added on in first-half stoppage time of the Championship clash, many thought the whistle may blow when the ball broke from from a Bees attack. 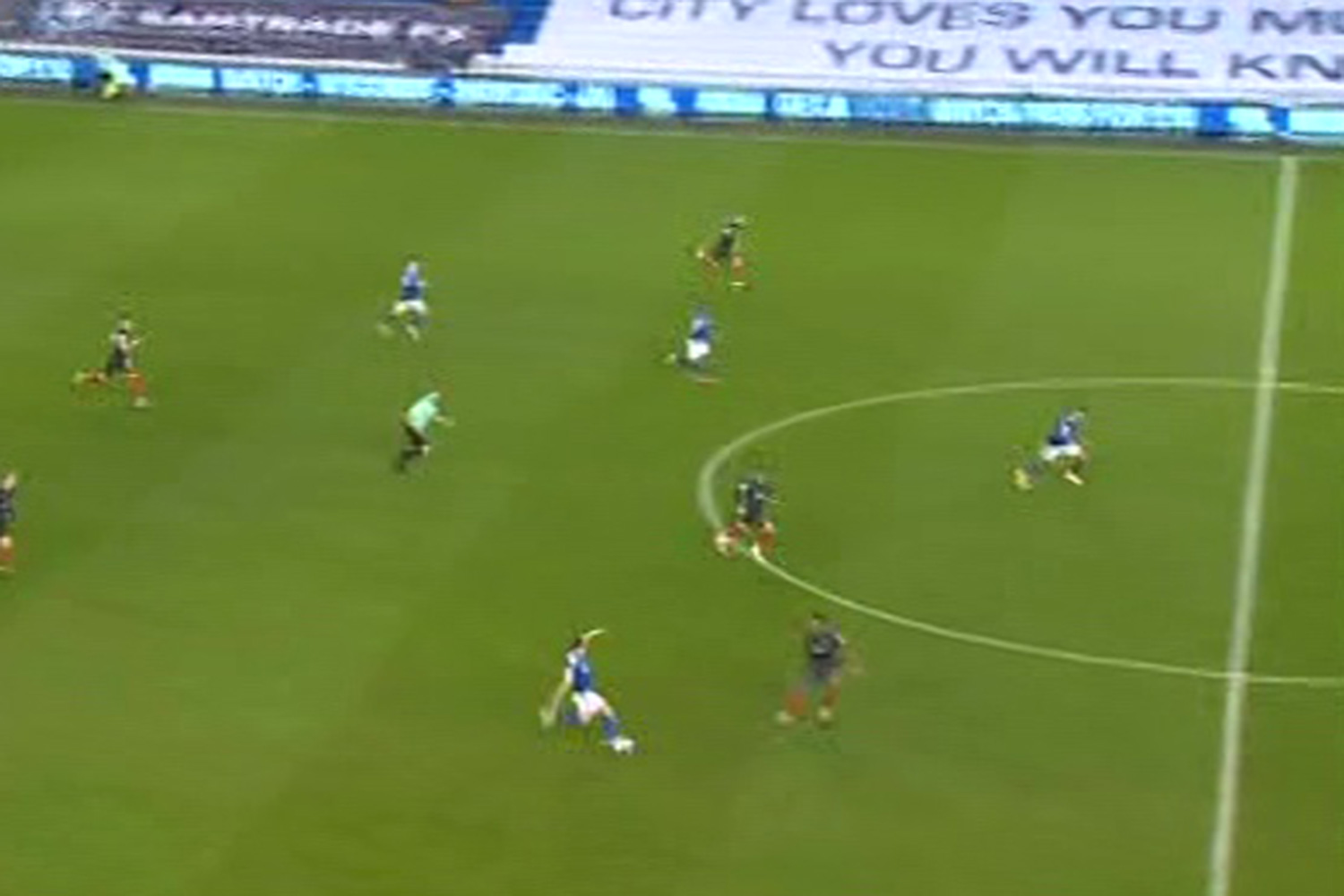 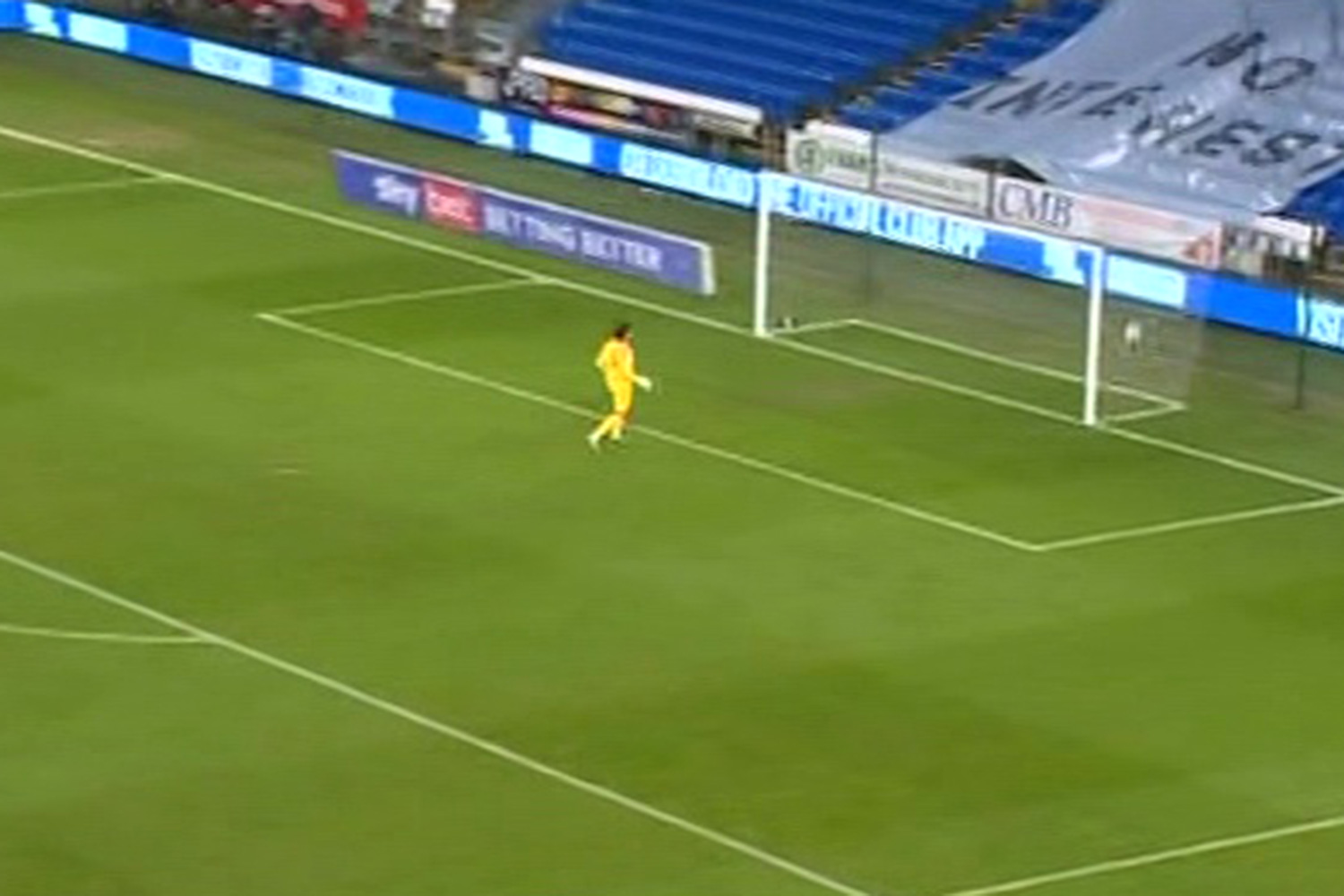 However, Vaulks, who was yet to score this season, had other ideas.

The 27-year-old flicked the ball around an opponent and played a speedy one-two with Robert Glatzel.

From around 60 yards out, Vaulks launched a stunning effort into the stratosphere – that looped into the Brentford goal.

Bees goalkeeper David Raya was well outside his box when the shot was taken and was utterly helpless as it took one bounce into the top corner.

Sky Sports pundit Ally McCoist could not hide his delight at the audacious effort as he recounted it to viewers.

He told Soccer Saturday: "I was gonna destroy the first half – it was worth the wait.

"A wee give and go with the big centre forward… and have some of this!"

If the finish was spectacular, so was the celebration as Vaulks pulled off a neat cartwheel-and-somersault. 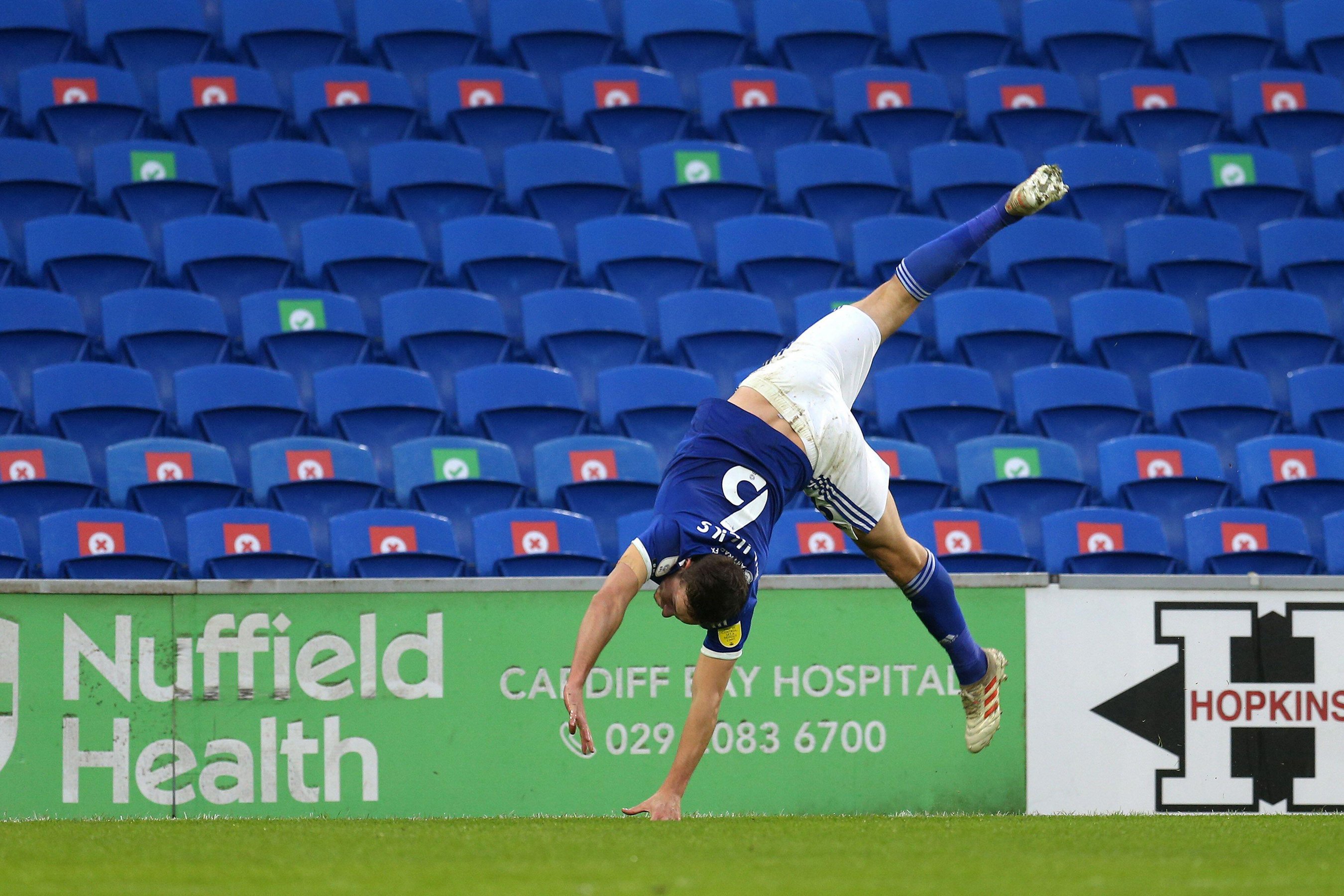 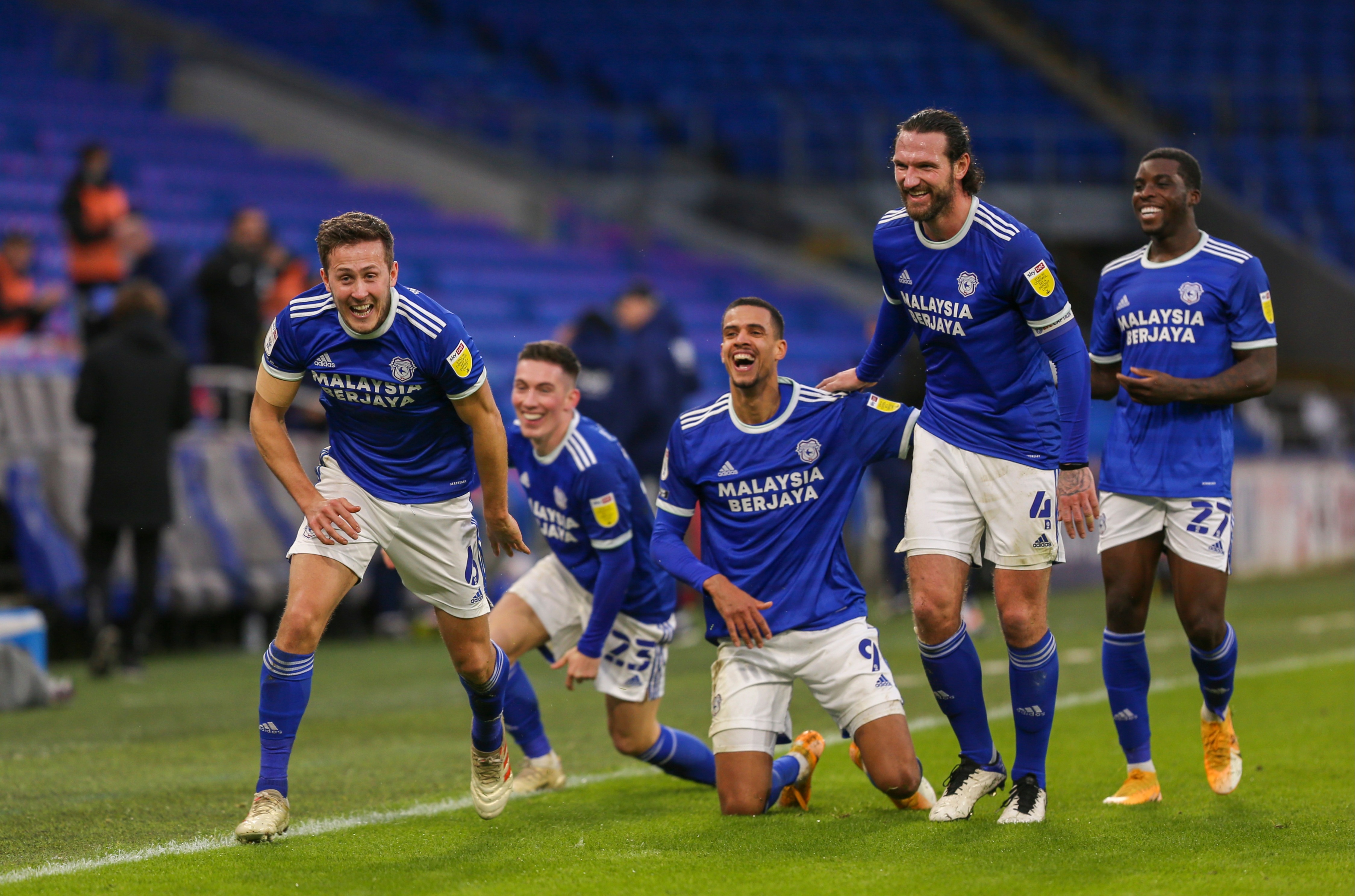 It was the first shot on target of Saturday's meeting between the promotion-chasing sides, but far from the last.

Determined not to be outdone, Sergi Canos brought the visitors level after 50 minutes in the Welsh capital.

The Spaniard took charge of a looping clearance from 30 yards out and sent in his own magnificent lob that beat the goalkeeper.

McCoist was again left stunned by the quality of goal on display, and said: "Wait until you see this, what a goal from Sergi Canos. It's unbelievable." 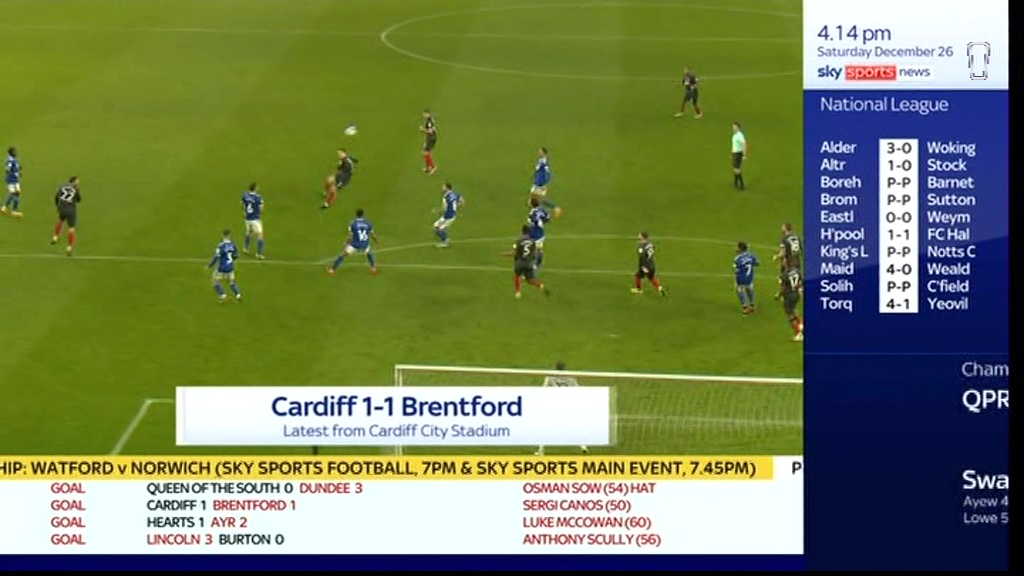 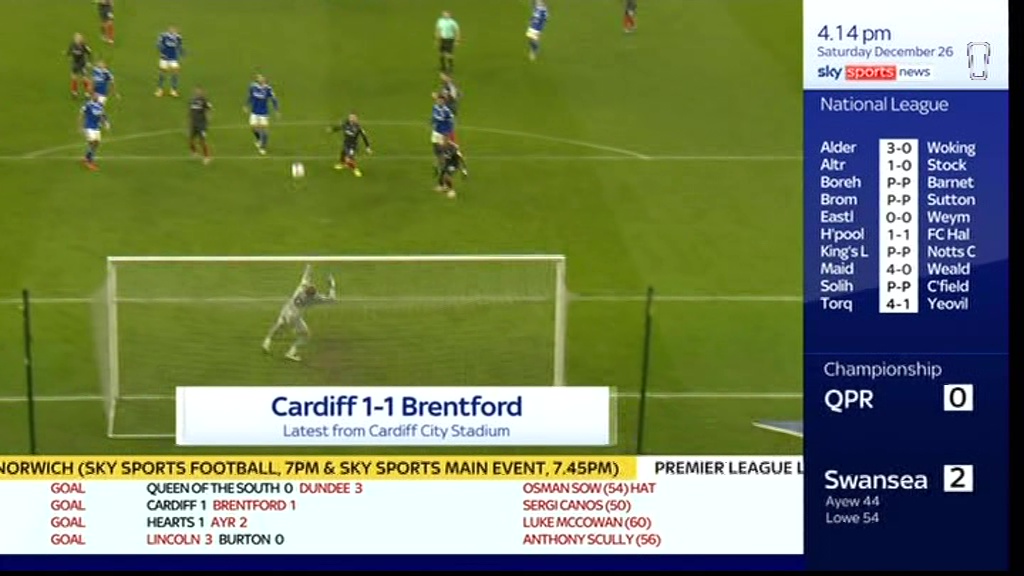