NICK KYRGIOS was left writing in agony after he did the SPLITS following yet another Wimbledon slip.

The Australian hothead, 26, slammed the state of the SW19 courts on Tuesday evening after his match against Ugo Humbert was suspended midway through the fifth set. 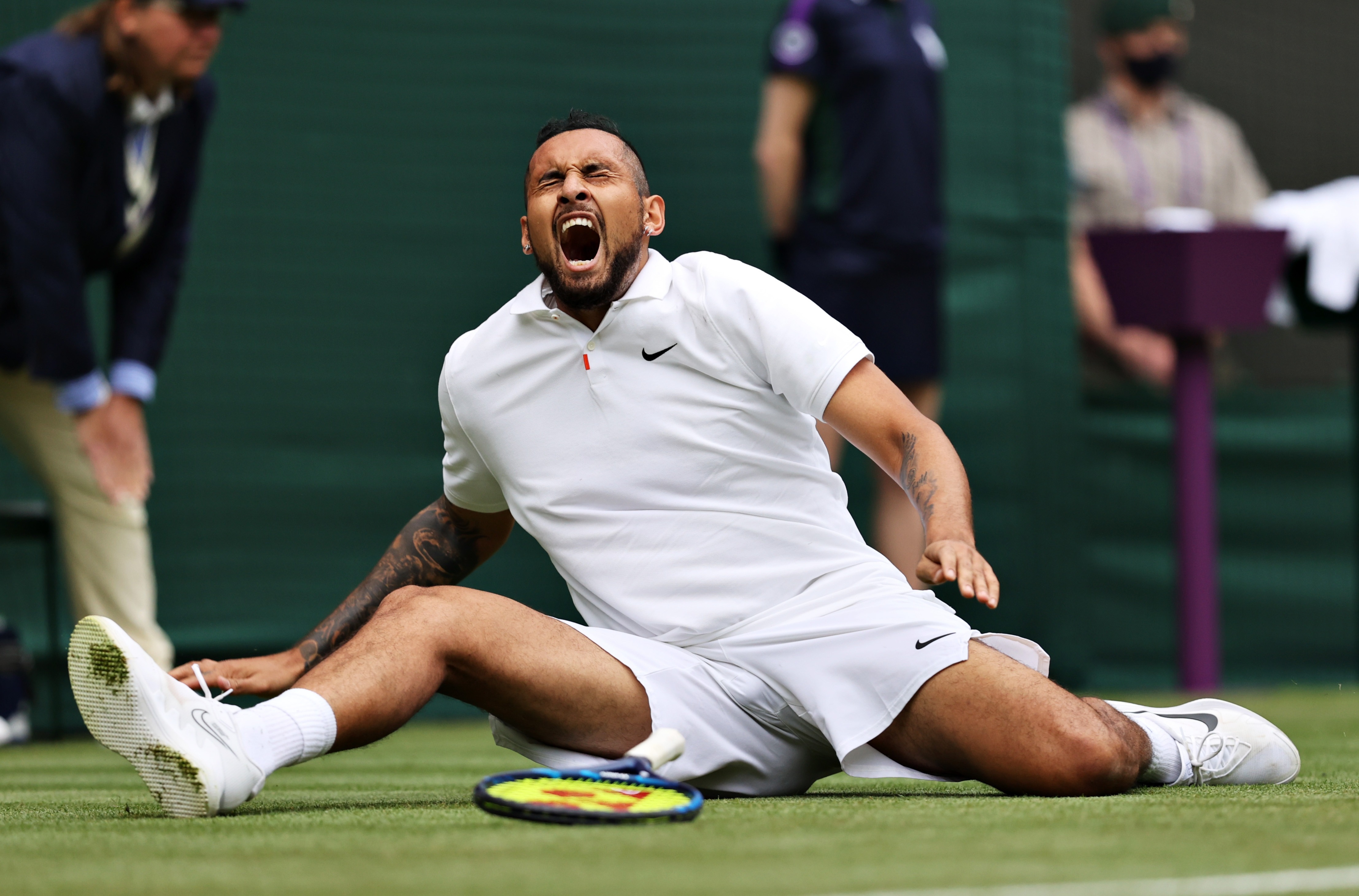 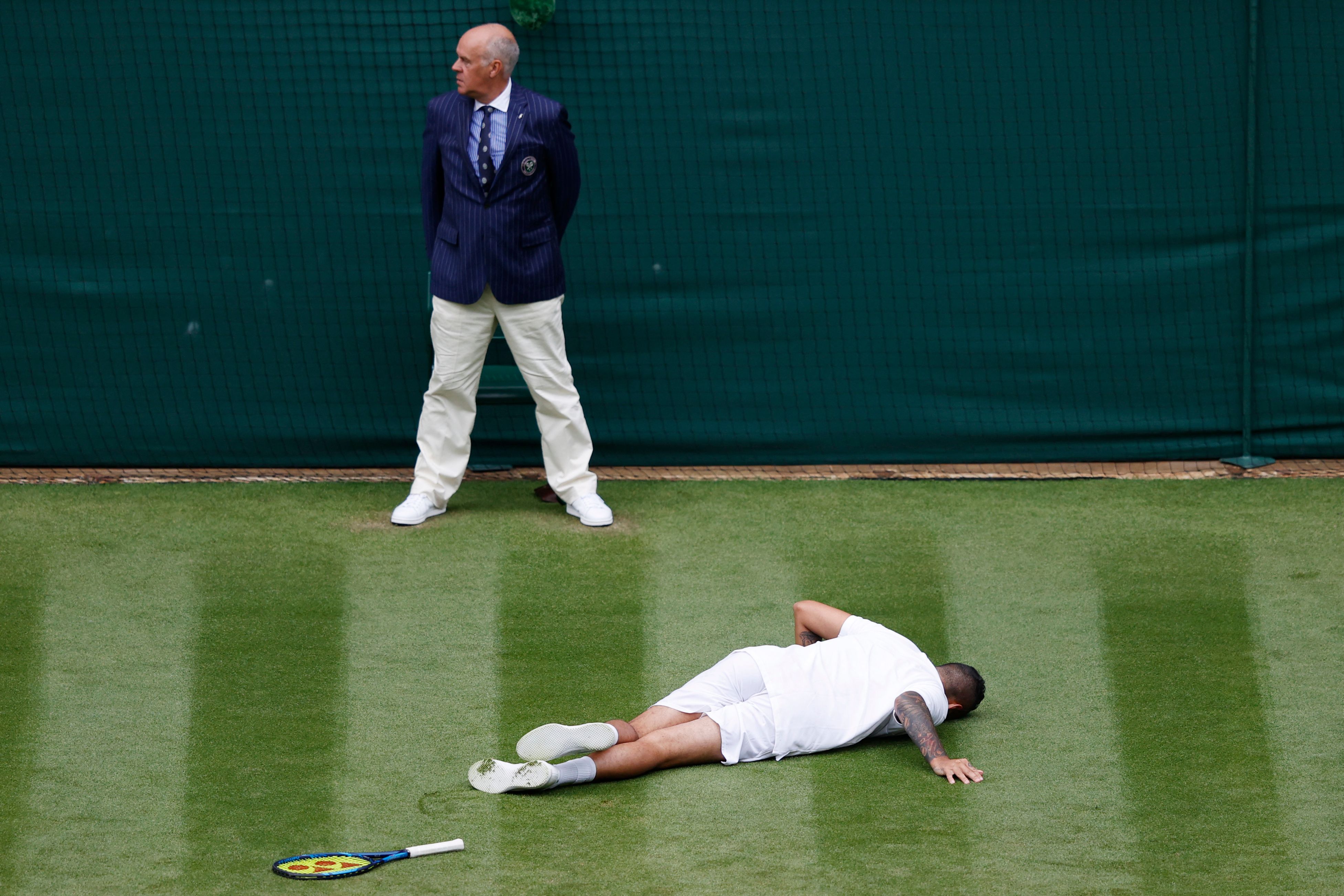 And in the 13th game of the deciding set, a quick change of direction caused Kyrgios to end up doing the splits.

In his first match in FIVE months – and first outside of Australia since January 2020 – the Canberra ace was left stricken on the grass after yet another scary fall.

Serena Williams has forced to retire with an ankle injury on Tuesday following a slip of her own, while Adrian Mannarino was another high-profile casualty of the slick Wimbledon turf.

But his slip will likely only further pile the pressure on SW19 bosses – with Tim Henman forced to defend chiefs earlier on Wednesday.

Now on the Wimbledon board, Henman said: "In 13 years the preparation of the courts has been absolutely identical.

"There’s no doubt the one thing that has been different this year is the weather in the lead up to the tournament, we had a very damp practice week.

“The court and the plant doesn’t have the chance to dry out. 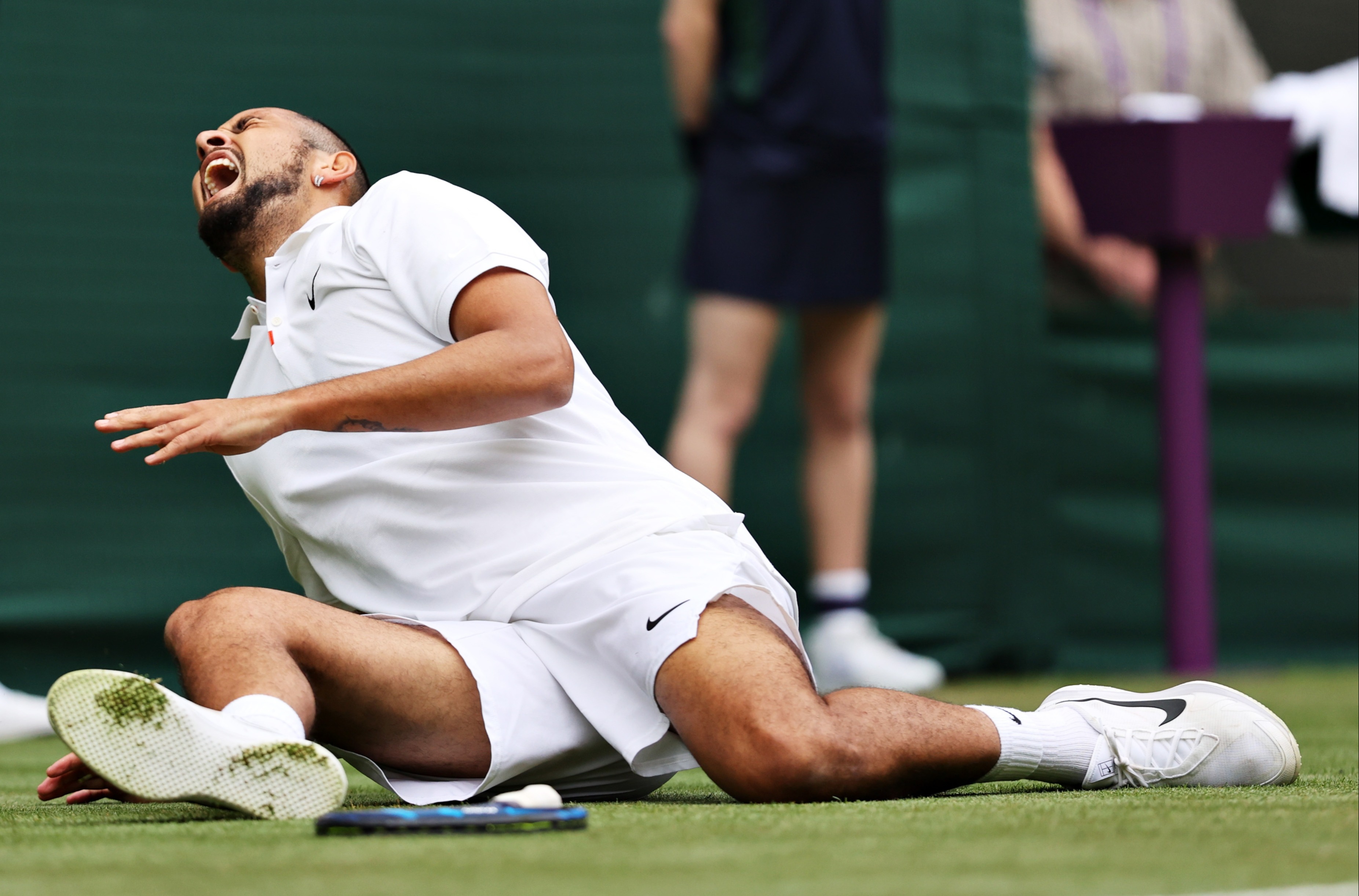 "Add that the roof has been closed for the first two days and that is why you are going to see some slipping and sliding.

“Early in the tournament the court is at its most lush and it can be a bit challenging moving.

"We don’t want to see injuries. The ground staff are meticulous in their preparation of the courts and nothing has changed.”

On Tuesday night, trailing 0-3 in the third set, a furious Kyrgios was overheard moaning about the state of the courts.

"Stop cutting it so f***ing short man. It's so short isn't it? Start watering it too. Make it a grass court again.

"Make it a grass court again will you please? Thanks. This isn't grass anymore bruv."