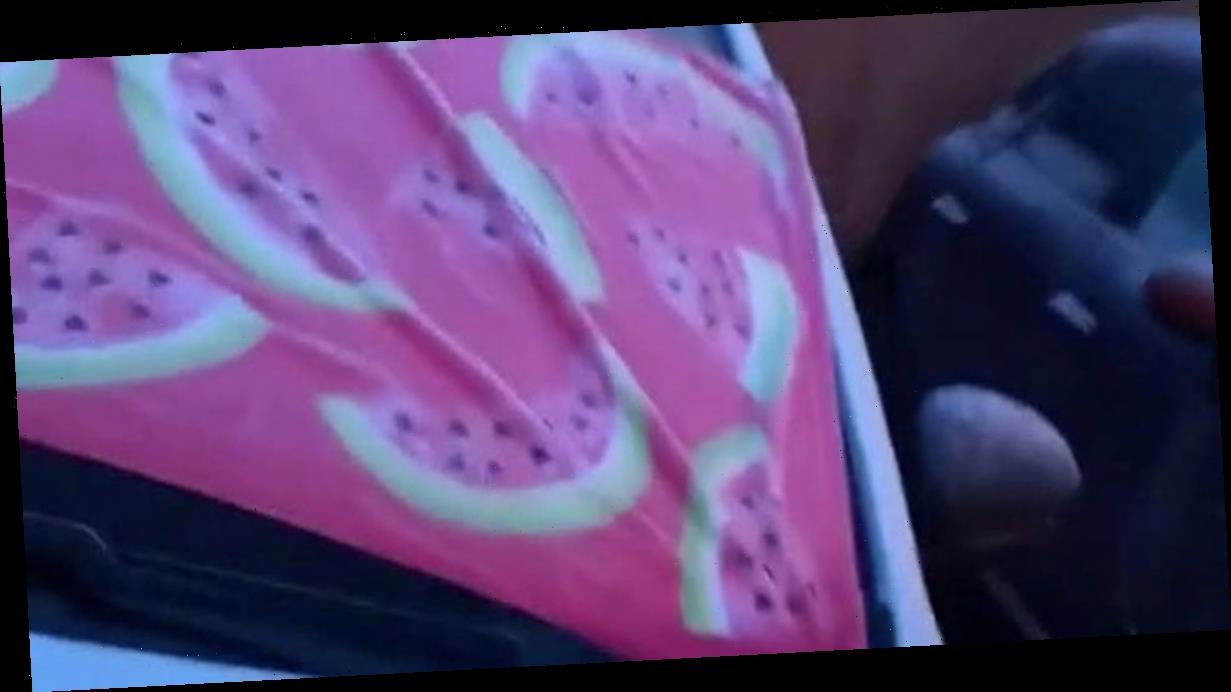 With temperatures plunging across the UK, the age-old problem of car windscreens freezing over has come to the fore once again.

The most common trick is to spray your windows with de-icer in the morning but no one likes the long wait for it to melt afterwards.

Thankfully, TikTok user Kirsten Parry has come to our rescue with the “most British” hack ever.

The clip shows how Kirsten placed an old towel over her front windscreen overnight.

When she goes to remove it, the towel is frozen solid but the trick has worked.

Apart from a sliver of ice where the towel hasn’t covered, her window is as clear as day.

Kirsten’s video has been seen more than 1.6 million times since it was posted last week.

“This is so British I love it,” one wrote.

Another commented: “That is one good idea.”

A third, though, found a flaw in the hack. “If I did that someone would have stolen my towel overnight,” they said.

Others likened the newly-frozen towel to a magic carpet seen in Disney classic Aladdin.

“And now you have a magic carpet,” one said.

And someone else agreed, adding: “Aladdin has entered the chat.”

It is not the only hack to de-ice your car that has gone viral this winter.

Previously, a woman sparked controversy with her method that involved filling a plastic bag with hot water from a kettle.

But, according to the AA, the “hack” poses a significant risk of cracking the windscreen.

They advice removing ice with a traditional scraper instead.