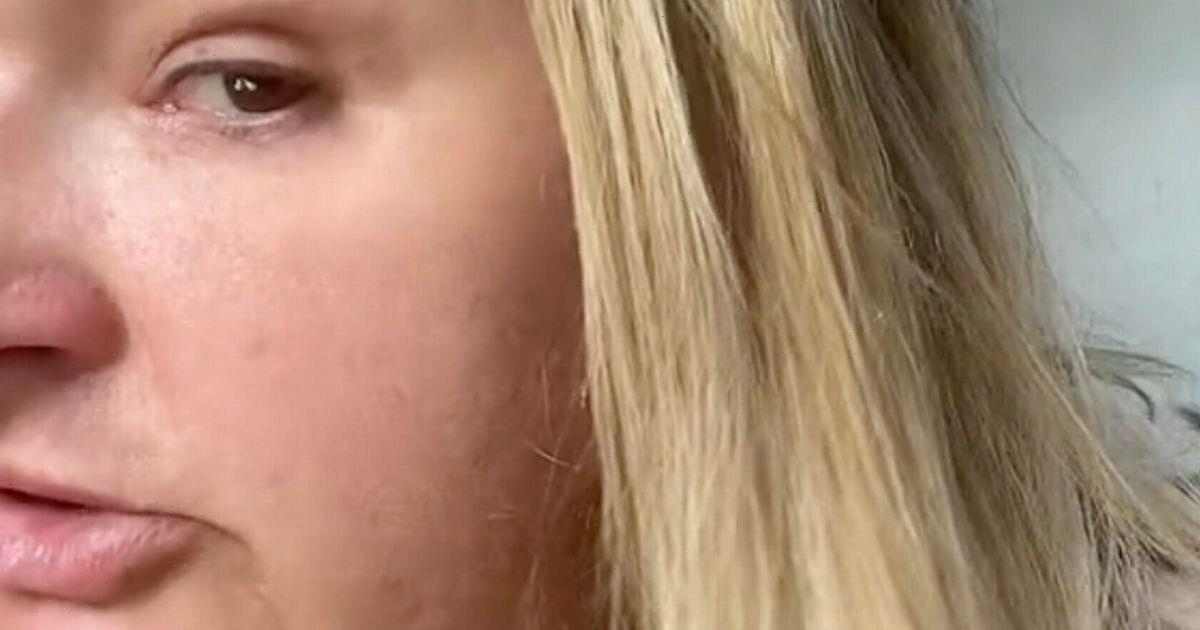 A woman has shared the ‘tell-tale’ sign of having attended a bottomless brunch – and some people have now feared about attending the daytime tipple fest.

Many people love to get dressed up in the middle of the day to embark on what is thought to be a classy and cheap drinking sesh.

With flowing bubbles for over an hour and girly catch ups in between, nothing seems better than a bottomless brunch.

However, for Nat Cooper, she may have got a little carried away – and it seems like others can relate.

In a TikTok clip, the blonde who recently attended the boozy brunch shared a sign that she had been on one, without having to say anything.

Nat then put her full face in shot – and it is quite obvious that she got her money’s worth for the limitless boozy antics.

The babe had an extremely purple coloured bruised puffy left eye to the point her eyeball was not visible at all.

It wasn’t long until the clip went viral as it has now reached a whopping 1.5million views after only being posted for just a day.

Some people even related to the obvious sign of having gone on a bottomless brunch.

“Bottomless brunches are lethal!! A year ago today I went to one, slipped on a drain and broke my ankle,”one woman wrote.

Another shared: “My niece went to one over weekend and broke her wrist.”

And, this woman did not have much luck either.

She confessed: “Last weekend. Chipped tooth, broken sofa broken blinds started on the neighbour and ended up with… all on one girls' night.”

But most bottomless brunches don’t come with severely bruised swollen eyes, so, many people wondered what on Earth happened to poor Nat.

She then shared an update as to why she ended up looking so battered and bruised.

In a separate clip, Nat explained that she and her mate decided to go to a £35 bottomless brunch because it was a “bargain.”

Having had a few cheeky pre-drinks, the pair jumped on the bus and took a can of Lambrini for the ride.

“Lambrini girls like to have fun, don’t they,” Nat quipped.

When they got to the cocktail bar, she admitted that she started “necking cocktails.”

“And then I had some food, it was gorgeous, I think, because this bit I remember. Then s*** hit the fan.”

Nat then made her way to the toilet – although her memory is a little foggy after this.

“I don’t even remember going to the toilet but apparently I went to the toilet and like the classy bird I am, I must have left the door open.

“And I must have basically went ‘boomf’ on the floor and that’s it, that’s all I remember.”

Nat shared that she made it home in a car with some “randomer” and now feels that bottomless brunch life is not for her.

And it seems many others feel the same.

One fretted: “This is what I mean when I say we just could not be trusted at a bottomless brunch.”

Someone else feared: “Umm I’m not sure I’m ready for a bottomless brunch just yet.”