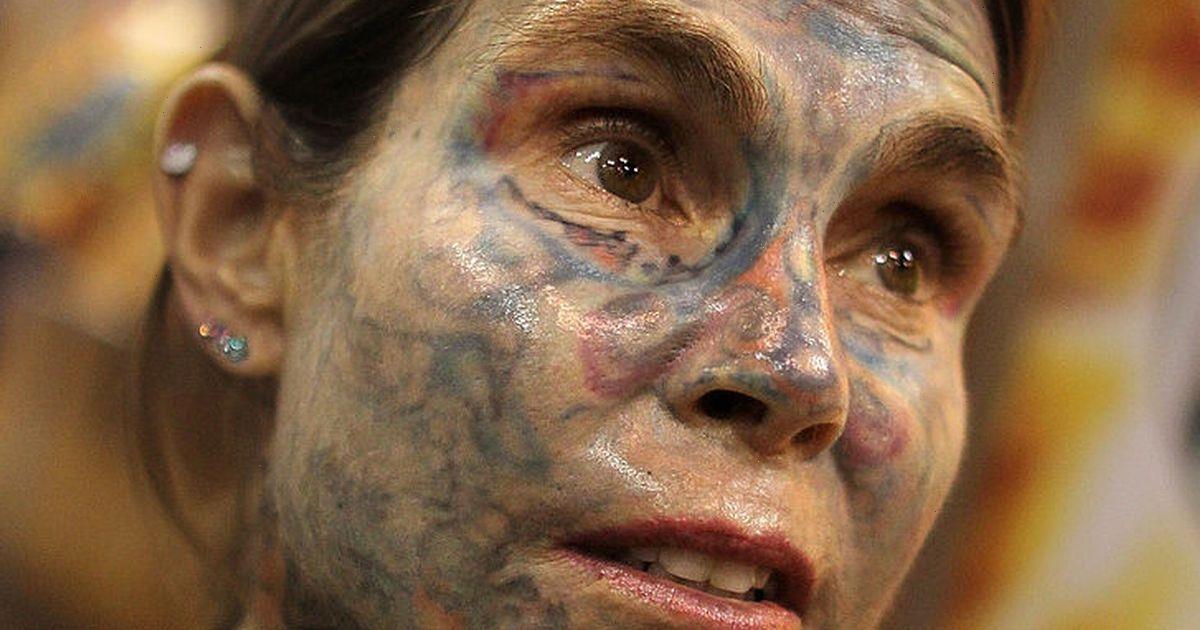 She was the world's most tattooed woman, who became known as The Illustrated Lady.

But astonishingly, Julia Gnuse didn't get her first inking until the ripe old age on 35.

Julia, originally from Flint, Michigan, decided to experiment with body art after she developed porphyria, a rare skin condition in which exposure to sunlight can lead to severe blistering.

As a result of the disease, she was often left with scarring so she began getting tattoos to cover up the marks, which were sometimes as deep as third degree burns.

Within nine years, Julia had spent $80,000 on getting 400 tattoos, and held the Guinness Record for being the most tattooed woman in the world.

Speaking on the TV show Ripley's Believe it or Not in 2001, she said: "I'm a very compulsive person, once I set my mind to something I don't give up."

"I started with the leg, to see if it would work, to see if my body would accept the ink.

"So we started with an octopus."

The legs were just the beginning, as the inking continued spreading to her stomach, then her arms, then her back.

Her body art depicted everything from jungle scenes and cartoons to her favourite actors.

"Mostly I have chosen people I have admired, like Lucille Ball and Desi Arnaz," she told the show.

Other tattoos included the Three Stooges, the Munsters, the Jetsons, Winnie the Pooh and friends, and the Seven Dwarfs.

After covering her body Julia then moved onto her face.

"I never had the thought of doing my face at the beginning of tattooing," she told the show.

"I didn't plan it out the ideas just came to me and the idea of the face came later as the skin condition was worsening with me in the face."

As well as her appearance on Ripley's she also had a small role in Aerosmith's music video for their song "Pink".

Sadly, Julia, who loved in Irvine, California, died while visiting her sister in Overland Park, Kansas, in August 2016.

But, in something of a U-turn, in the year before she died at the age of 61, Julia decided she no longer wanted her inkings and began having laser treatment to have her tattoos removed.

At the time of her death, she was partway through that laborious process.

All the news, entertainment, sport and fun stuff you love about the Daily Star, brought to you by our American team.