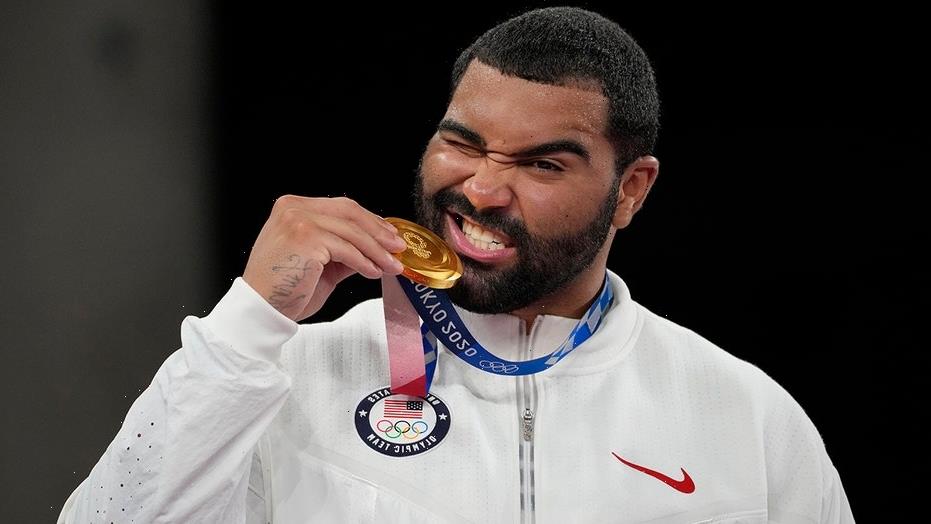 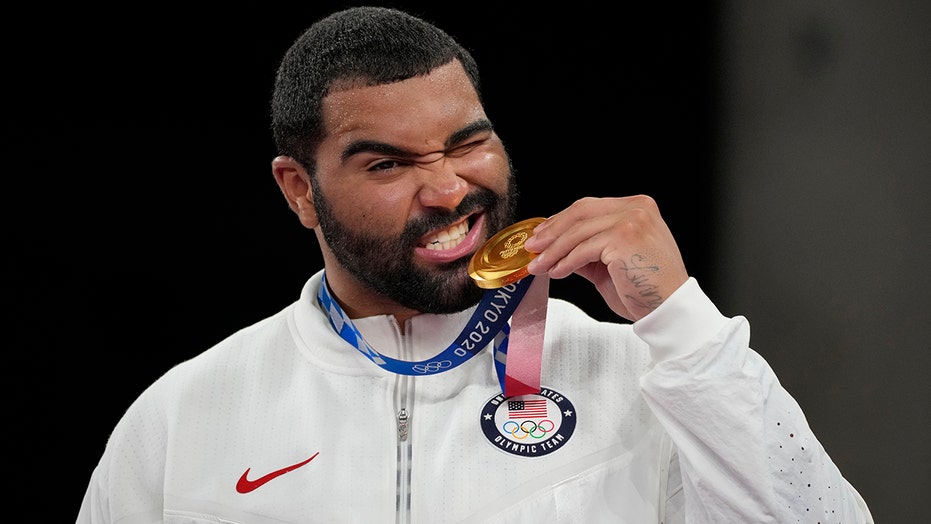 Olympic gold medalist Gable Steveson found out which WWE show he will be performing on to start his pro wrestling career and it turns out he will be featured on Monday nights moving forward.

Steveson was selected in the sixth round by RAW in this year’s WWE Draft. Steveson was seen at his home with his parents celebrating getting drafted to RAW. According to WWE, the rosters will officially be finalized after the company’s “Crown Jewel” pay-per-view on Oct. 22. 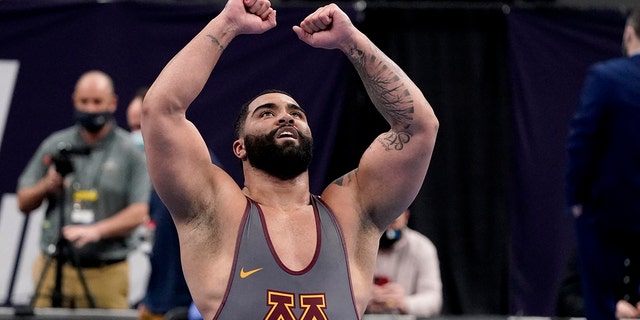 FILE – Minnesota’s Gable Steveson celebrates after defeating Michigan’s Mason Parris in their 285-pound match in the finals of the NCAA wrestling championships in St. Louis, in this Saturday, March 20, 2021.
(AP Photo/Jeff Roberson, File)

Steveson is set to be WWE’s first gold medalist since Kurt Angle joined the promotion after he won gold in 1996. Lesnar competed at the collegiate level.

Steveson, 21, had an iconic moment in Tokyo. He was facing off against Georgian Geno Petriashvili in the 125-kilogram freestyle category and was down three points with 23 seconds remaining in the match. He somehow managed to score five points as time expired to pick up the gold medal for the U.S. 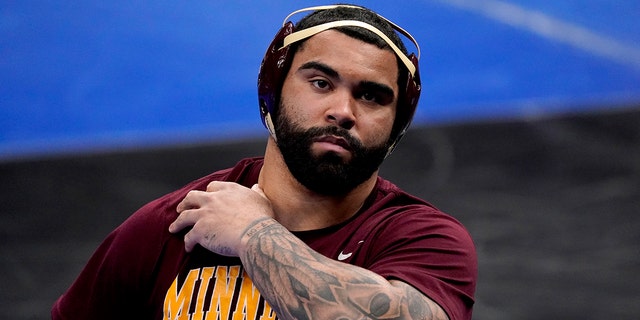 Steveson looks to become one of the youngest U.S. wrestling gold medalists ever when he competes at 125 kilograms in Tokyo. The charismatic 21-year-old hopes a successful run at the Games launches him into a WWE career like his mentor, Brock Lesnar, and an acting career like former WWE star Dwayne ‘The Rock’ Johnson.
(AP Photo/Jeff Roberson, File)

He won 10-8. It was the 21-year-old’s first Olympic gold medal of his career. He celebrated with an outstanding backflip.

Steveson outscored his opponents 23-0 in the first three rounds of Olympic competition. He soundly defeated 2016 Olympic gold medalist Taha Akgul of Turkey, 8-0, in the quarterfinals and beat Mongolia’s Mönkhtöriin Lkhagvagerel in the semis before getting to Petriashvili – the No. 1 seed.

Petriashvili failed to capitalize on the three-point lead late in match and was ousted by Steveson’s superb quickness on the mat. 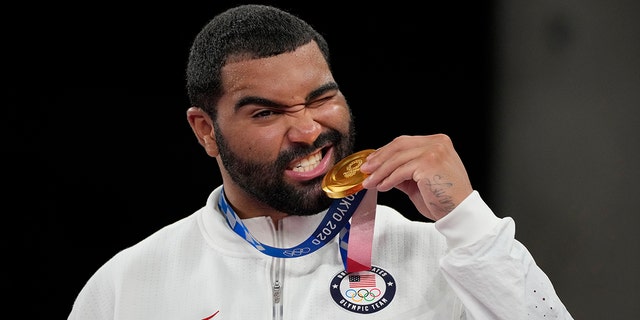 He hasn’t lost a match on the global level since August 2019.

His 2021-22 college wrestling season begins with the Bison Open in North Dakota on Nov. 13.