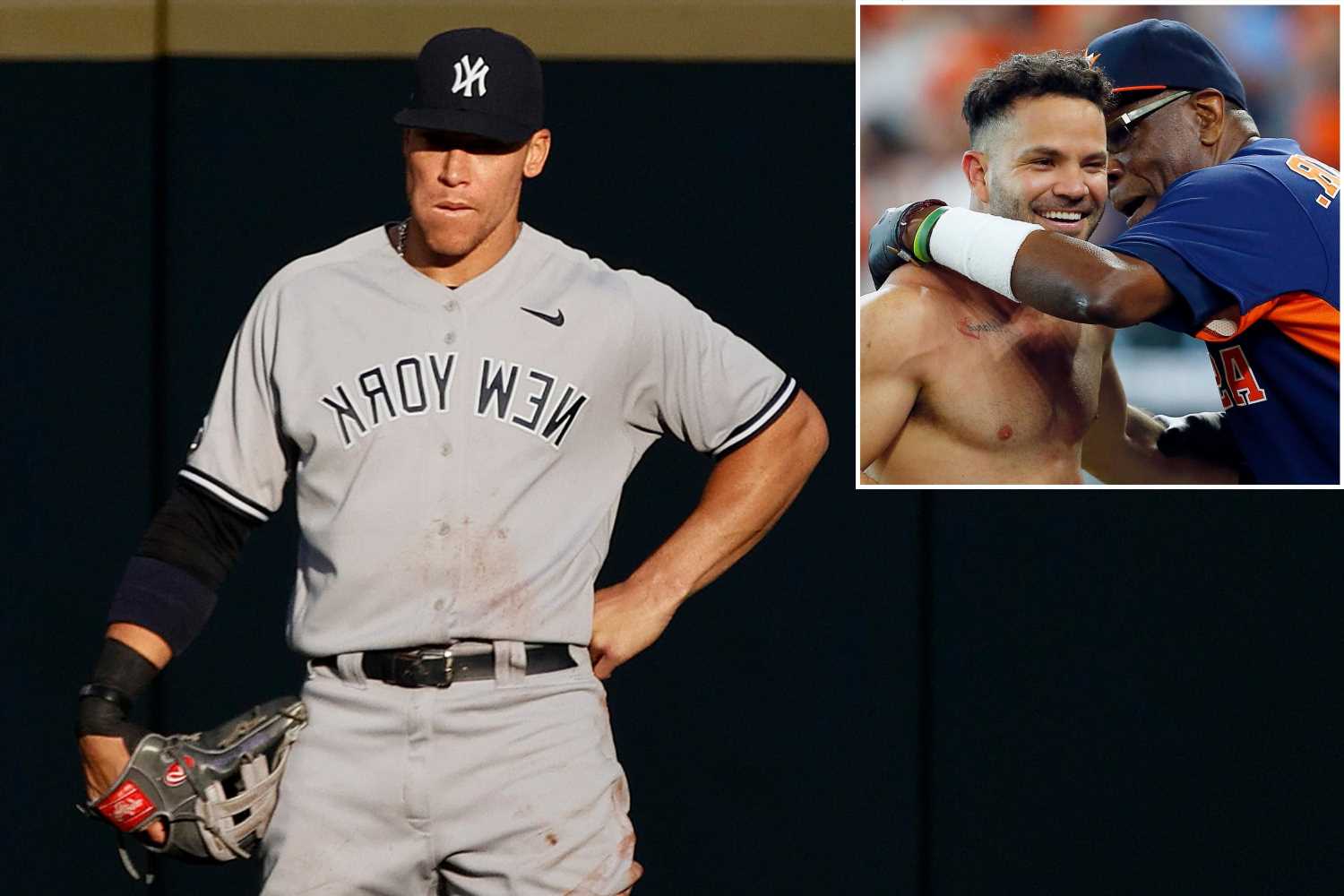 It's OK for Jacob deGrom to skip MLB All-Star Game

DENVER — They’re throwing an Astro-free All-Star Game at Coors Field. For everyone, at least, besides Aaron Judge.

The Yankees’ slugger, starting in right field and hitting cleanup for the American League in Tuesday night’s Midsummer Classic, found himself fielding a number of queries about his team’s fierce recent rival. That fierceness displayed itself big time over the weekend at Minute Maid Park, the Yankees winning the series yet failing to close out a three-game sweep when, amazingly, Chad Green served up a three-run, walk-off homer to the loathed-in-The-Bronx Jose Altuve.

That the Astros then tore off Altuve’s jersey at home, in the wake of Judge’s shirt-protecting jog around the bases Saturday night — after Houston’s Martin Maldonado already had pulled down his jersey, as if to showcase the absence of a hidden wire — only poured more gas on the enmity that clearly exists between the two clubs.

And for public consumption, at least, Judge offered full approval of his opponent’s counterattacks.

“I didn’t see the Maldonado thing. Somebody talked about it,” Judge said Monday, the All-Star Game’s media day. “I did see, after the game, them ripping off the jersey and everything. That’s fun. He just hit a walk-off homer to win the game. That’s big time. You do whatever you want. You can celebrate. You can walk around the bases. It’s all part of the game, you know?”

All four Astros selected for this game — Altuve, Michael Brantley, Carlos Correa and Ryan Pressly — bowed out of what would have been the club’s first industry-wide platform since Major League Baseball concluded Houston illegally stole signs during its 2017 championship run.

“They’ve got their priorities. They need to heal up, get ready,” Judge said of the Astros’ players. “They’ve got family stuff, injuries, anything like that. They’re trying to play it smart and do what’s best for them and the team. That’s their choice.”

When a reporter suggested the players didn’t want to get booed, Judge smiled and replied, “You said it, not me. I’m not too sure. I’m not in their shoes.”

If the Yankees played the rest of the industry as tough as they played the Astros, against whom they won four of six, then they wouldn’t be teetering on the verge of irrelevance at the All-Star break. At 46-43, residing in fourth place in the American League East — eight games behind the leading Red Sox and 4 ½ games behind the A’s for the second AL wild card — their season is actually better represented by their two losses to their Astros, failures to close out sweeps thanks to a pair of three-run Altuve homers against Green. What a pinstriped roller coaster.

“That’s baseball. You’re going to have ups and downs. You’re going to have crazy moments,” Judge said. “But … the last couple of series, we’ve kind of been, I feel like, turning the corner. We’re still going to have some crazy games where stuff like that happens or we don’t hit or the pitchers don’t do something. That’s going to happen. But as long as we continue to keep having great at-bats as hitters and pitchers keep doing their job like they’ve been doing, I’m looking forward to what we can do in this second half. It’s going to be a fun one.”

Quite the optimistic take, the Yankees’ 5-2 stretch to close out the first half notwithstanding. Judge even pinned a fair share of Sunday’s loss on the offense, noting the 14 men left on base.

“That’s what really cost us the game,” he said.

If the Yankees can defy the odds, as well as our dramatically moderated expectations, and somehow advance to the postseason, they might very well get a chance to face the Astros for the third October in five years. It’s a matchup the baseball world and its media partners would welcome given the history there. Judge’s Saturday shade-throwing, after all, emanated from suspicion over Altuve’s refusal to remove his jersey upon blasting a pennant-winning home run off Aroldis Chapman in 2019, an offshoot of MLB’s confirmed findings.

“I think that’s what happens when you get two good ball clubs that want to win, have a desire to win,” Judge said. “We have a past of playing each other in big games in the postseason. You’re going to have that type of energy.

Well, as coincidence would have it, the Yankees open the second half with four games against their true rivals, starting Thursday night. The Red Sox own a dominant, 6-0 edge in the season series. It’ll present an immediate test of Judge’s desired corner turn and whether he and his teammates can stop October from being Yankee-free.