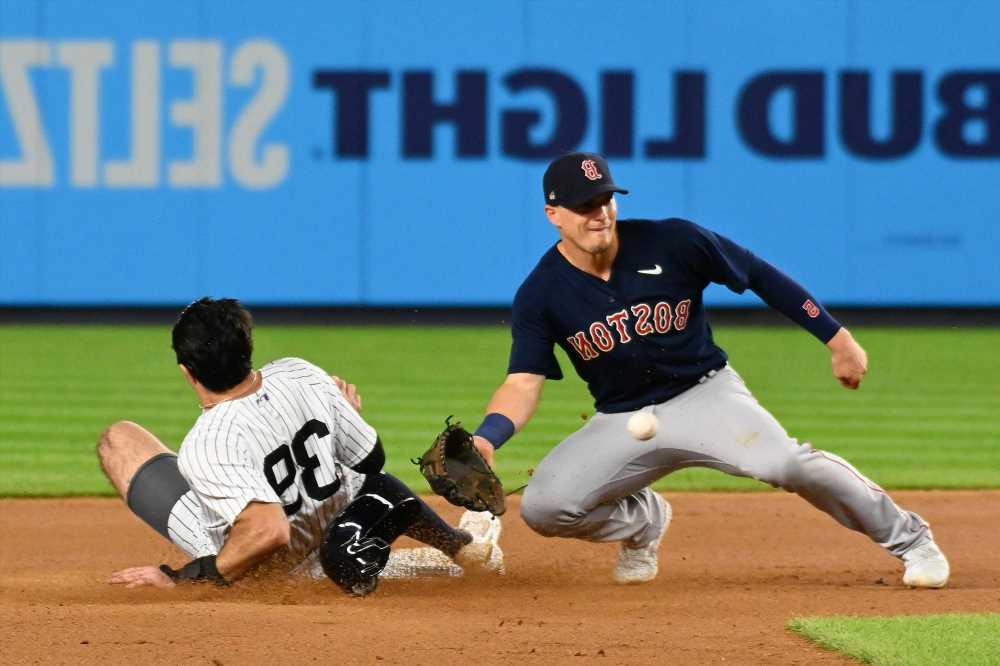 So far, this beat up, Scranton-infused version of the Yankees has had more success against the Red Sox than the usual team.

They won a second straight over Boston on Sunday night in The Bronx, 9-1, and finished the series seven back of the AL East-leading Red Sox, the closest they’ve been since June 27.

With the victory, the Yankees also took the series from Boston after dropping their first seven meetings of the season.

Torres, who hadn’t hit a home run since June 5 before he homered in Saturday’s win, hit another to lead off the bottom of the second on Sunday off lefty Martin Perez, giving the Yankees a 1-0 lead.

In the third, Allen singled to left with one out and moved to third on a hit-and-run single through the left side of the infield by DJ LeMahieu.

With runners on the corners, Giancarlo Stanton grounded into a force out, scoring Allen from third to make it 2-0.

Taillon didn’t allow a hit until Xander Bogaerts doubled down the left-field line with two outs in the fourth. Rafael Devers followed with a four-pitch walk, but Taillon got Hunter Renfroe to pop out to preserve the two-run lead.

The Yankees scored again in the fifth.

Rougned Odor led off with a bunt single and moved to third on LaMarre’s single to right. Renfroe’s throw to third got there in time to get Odor, but the ball bounced away from Devers for an error on Renfroe and LaMarre advanced to second on the play.

Allen, hitting from the left side against the right-handed Whitlock, drove in a run with a sacrifice fly to build the lead to 3-0.

J.D. Martinez singled with one out in the sixth and Bogaerts doubled to send Martinez to third and end Taillon’s outing.

Chad Green, pitching for the first time since his meltdown in Houston last Sunday, got Devers on a questionable check swing. Devers and Boston manager Alex Cora argued the call, but there were no ejections.

Renfroe grounded out to end the threat.

Green pitched a perfect seventh and Odor provided some insurance with a two-run shot in the bottom of the inning.

The Red Sox bullpen unravelled in the seventh, as Darwinzon Hernandez failed to retire any of the four batters he faced and Brandon Workman walked in a pair of runs.

Zack Britton made his return from a hamstring injury and walked two in two-thirds of an inning in his first appearance since June 25.

Lucas Luetge gave up an RBI single to Renfroe before getting Jarren Duran to ground out — after another delay while home plate ump Manny Gonzalez got checked out by the medical staff.

LaMarre homered in the bottom of the inning.

That provided more margin for Aroldis Chapman to work with, as he tries to right himself.

Chapman did not get up with Britton and Luetge struggling with command issues.

Instead it was Luis Cessa.

But Chapman got ready for the ninth and had plenty of time in the lengthy bottom of the eighth and pitched a scoreless ninth — but was wild at times.