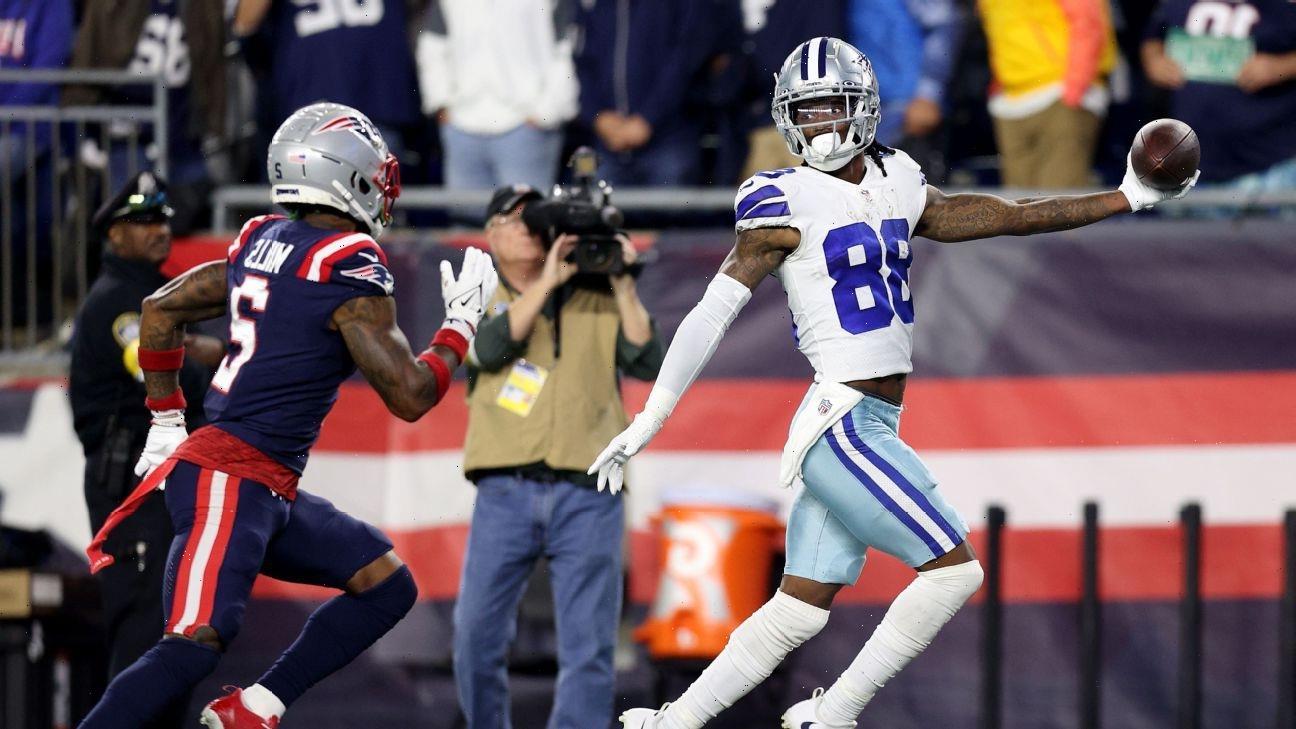 Field Yates has previous experience interning with the New England Patriots on both their coaching and scouting staffs. A graduate of Wesleyan University (CT), he is a regular contributor to ESPN Boston’s Patriots coverage and ESPN Insider.

Each week during the 2022 NFL season, Field Yates will help fantasy football managers by providing the precise intel needed on the most important, fantasy-relevant storylines, with some help from friends at ESPN, who offer the best and freshest insight into what matters most. You’ll hear from our incredible team of NFL Nation reporters, our national reporters — including fantasy football-obsessed Adam Schefter — and our fantasy analysts here at ESPN. Field’s rolodex is vast; he’ll dial up whomever he needs. This is the Field Pass.

We had seven months to analyze — and perhaps overanalyze — every possible outcome, variable, prediction, occurrence, trend, you name it for Week 1 of the NFL season. I don’t personally care to admit how much thought I put into Rashod Bateman’s potential target share or field-stretching ability, but I’m here to tell you that if you, too, spent several hours pondering whether vacating 146 targets by trading away Marquise Brown could lead to a breakout season for Bateman, you aren’t alone.

It’s the nature of the sport that we love so much and the game that only elevates our love for the sport, as fantasy football gives us something to think and talk about all year round.

I say all of this to recognize that after spending seven months trying to get a read and grip on how we think things are going to play out, we now have seven days from Sunday of Week 1 until Sunday of Week 2 to decipher how many of those offseason thoughts truly matter.

My answer: a lot of them!

Even if you didn’t predict that Robbie Anderson would be the highest-scoring Panther in Week 1, the top of the fantasy leaderboards look — in large part — like we expected them to: Patrick Mahomes and Josh Allen were the top two quarterbacks; Jonathan Taylor was the second-highest-scoring running back; Justin Jefferson, Ja’Marr Chase and Cooper Kupp were the top three wide receivers; and Travis Kelce paced all tight ends in points. That offseason prep did work!

To quote Chazz Michael Michaels from the movie “Blades of Glory,” however: “I am never satisfied!” So we won’t rest on our laurels here at Field Pass Central. We’re trying to get better by the week, and our goal in this week’s column is to try our best to sort through the extremely tiny sample we have and figure out what we think is real, and what might not be, and track every top storyline in between.