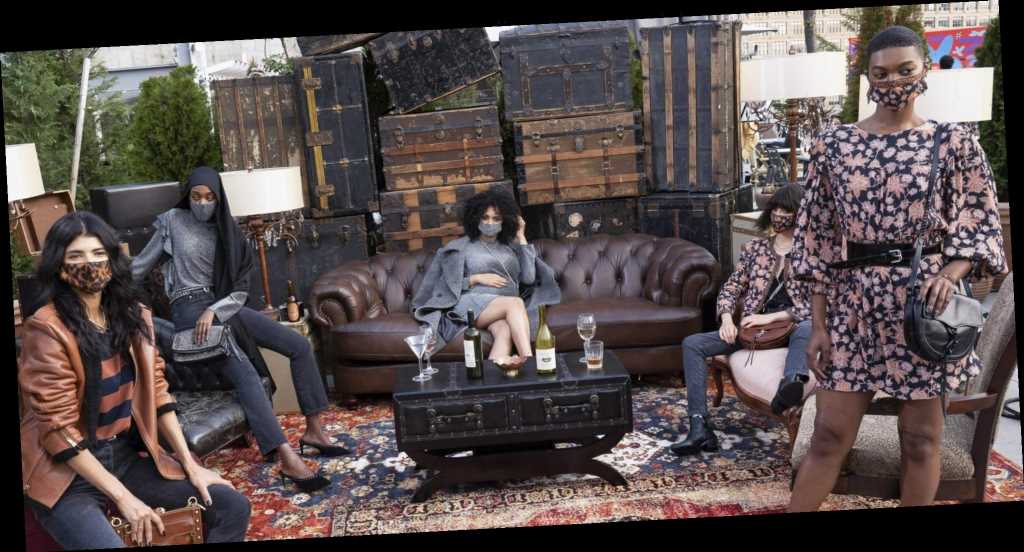 The shows must go on. At least, that's what the team behind New York Fashion Week is hoping for as it released the upcoming schedule for the Fall/Winter 2021 shows. Since New York is still partially locked-down to slow the spread of COVID-19, NYFW will be completely digital later this month, giving designers a chance to showcase their latest releases in new ways instead of a traditional runway show.

It's not canceled, it's just moving online. Editors, buyers, and the fashion-obsessed will have the luxury of being able to access all the shows from home. This means that Fashion Week, once an exclusive insider-only event, continues to open up to the masses, giving anyone with a screen the opportunity to check out what's coming in the seasons ahead by streaming the shows at www.NYFW.com. What will New York Fashion Week look like this year?

Before the official schedule starts, there will be a single day showcasing menswear. Jason Wu is the first designer to show (on Valentine's Day!) and Markarian (the label that created Dr. Jill Biden's inauguration look) will also show on Feb. 14. Without knowing what designers have in store, fans can expect a mix of traditional catwalk presentations alongside fashion films and other, maybe-quirky ways for designers to showcase their wares. With names like Imitation of Christ and Thom Browne on the schedule, there are sure to be a few surprises.

Which brands are showing during New York Fashion Week?

Jason Wu, Markarian, and Imitation of Christ will show the first day of NYFW, Feb. 14. From there, favorites like Libertine, Anna Sui, Sandy Liang, Tanya Taylor, Naeem Khan, Jonathan Simkhai fill the schedule. The usual suspects, like Oscar de la Renta, Carolina Herrera, Coach, and Nicole Miller, along with a few surprises, like Tom Ford (who usually shows in L.A.) and Proenza Schouler — who have shown a few times in Paris — round out the schedule. It wraps up in April, with a few designers, such as Christian Siriano, showing later, after Fashion Week proper.

In addition to the shows, there will be a special Black in Fashion Council Town Hall on Feb. 17 and Harlem's Fashion Row Fashion Summit on Feb. 18.

Will you be able to watch NYFW shows?

Almost all of this season's shows will be streaming at www.NYFW.com.