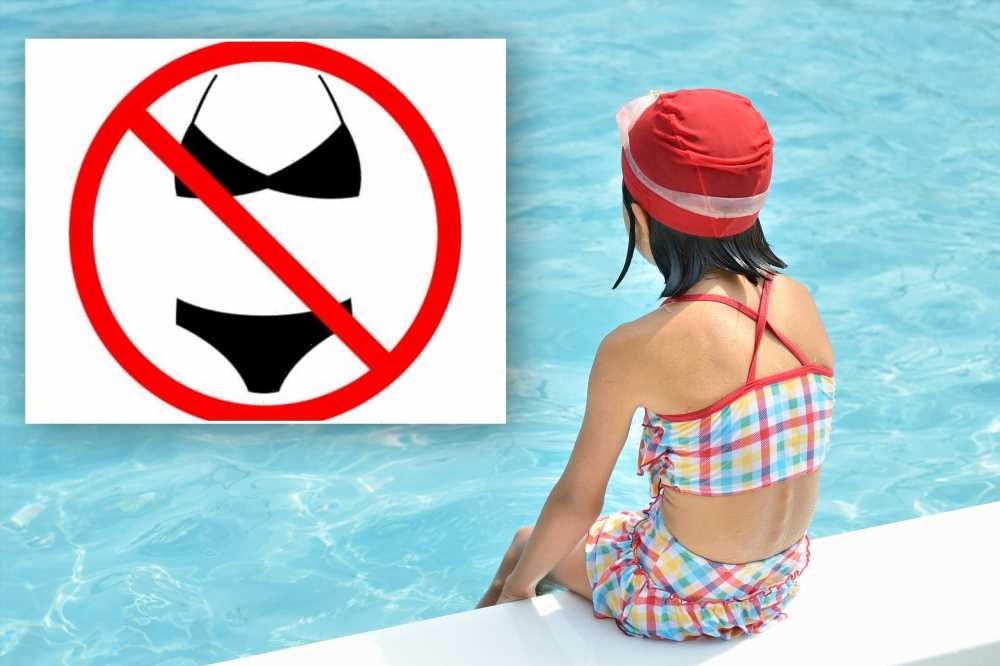 The 10 best swimsuit covers ups of 2021, according to Amazon reviews

Swimsuit models dazzle catwalk in bikinis made of tape

Bum-mer: Bikini-clad tourist claims she was confronted by angry mom on the beach

No bikini, no problem if you’re a girl at this summer camp.

In a Facebook post on July 11, the Spokane Valley, Washington, preacher admitted that it was wrong for the “weight of purity” to be placed on the young girls instead of holding the boys accountable for their actions.

“I am sorry that I didn’t teach boys to control themselves,” the father of two wrote in the mea culpa. “I am sorry that we have deemed a young women’s body as something that ‘needs to be covered’ and let young men’s bodies be ok to be seen.”

“Just learn to control your boys and let women wear what they want to,” wrote one user. “It’s all taught at home.”

“Takes a lot for a person to admit they were wrong,” wrote another.

Brewer went on in the post to list more specifics, including apologizing for implementing the “one piece swimsuits” rule and for not teaching the boys at camp “to not be gross,” adding that guys should “stop being disgusting and control yourself.” He also said he was sorry that the female campers were “subjugated to our rules” and said the girls should “wear a swimsuit that lets you have fun,” whatever that may be.

He added that he came to the realization of how hard it is for girls to shop for “appropriate” swimsuits after going shopping with his fiancée and her daughter to look for a “cute one piece.” He discovered how difficult and unreasonable that request was.

He additionally urged youth pastors — “male especially” — to “stop being chauvinist” and to not make female students feel bad about having female bodies.

“Why are stomachs overtly sexual?” he wrote. “Why is a little cleavage sinful? Why are women meant to feel they are responsible for men’s actual sin of lust?”