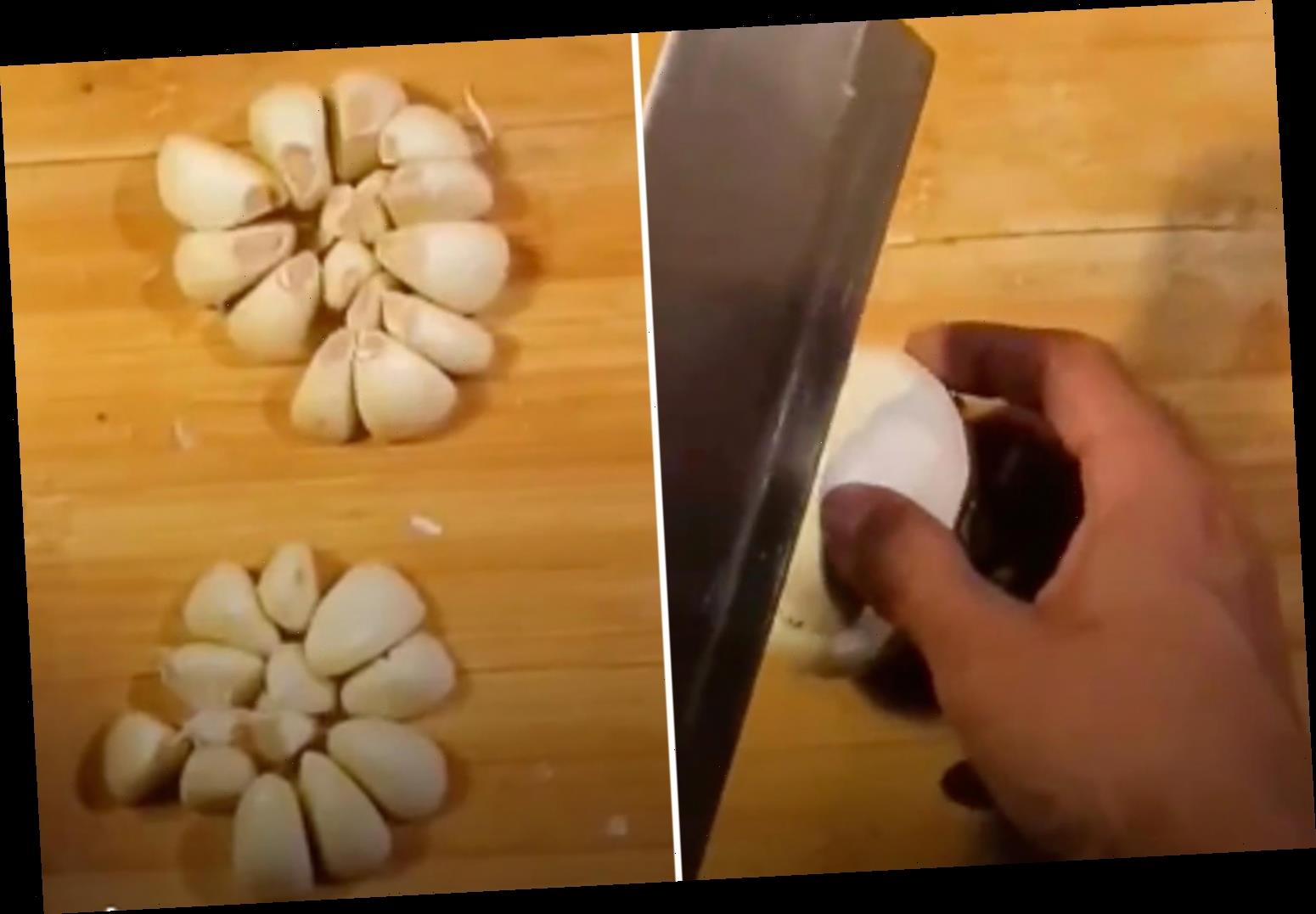 IT turns out you've been peeling garlic wrong.

One TikToker shows how to properly get garlic cloves out of bulb – and it takes just a few simple steps. 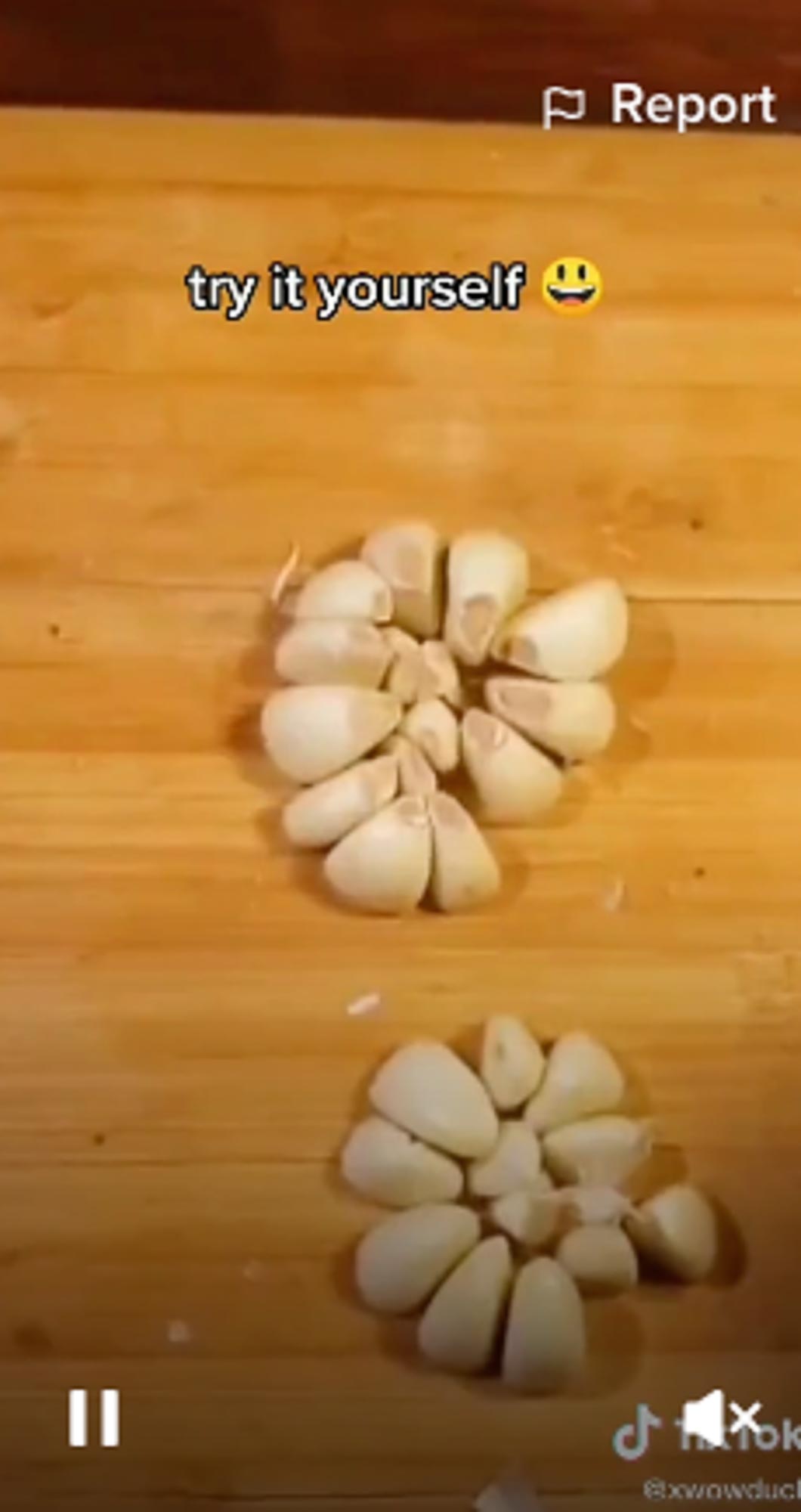 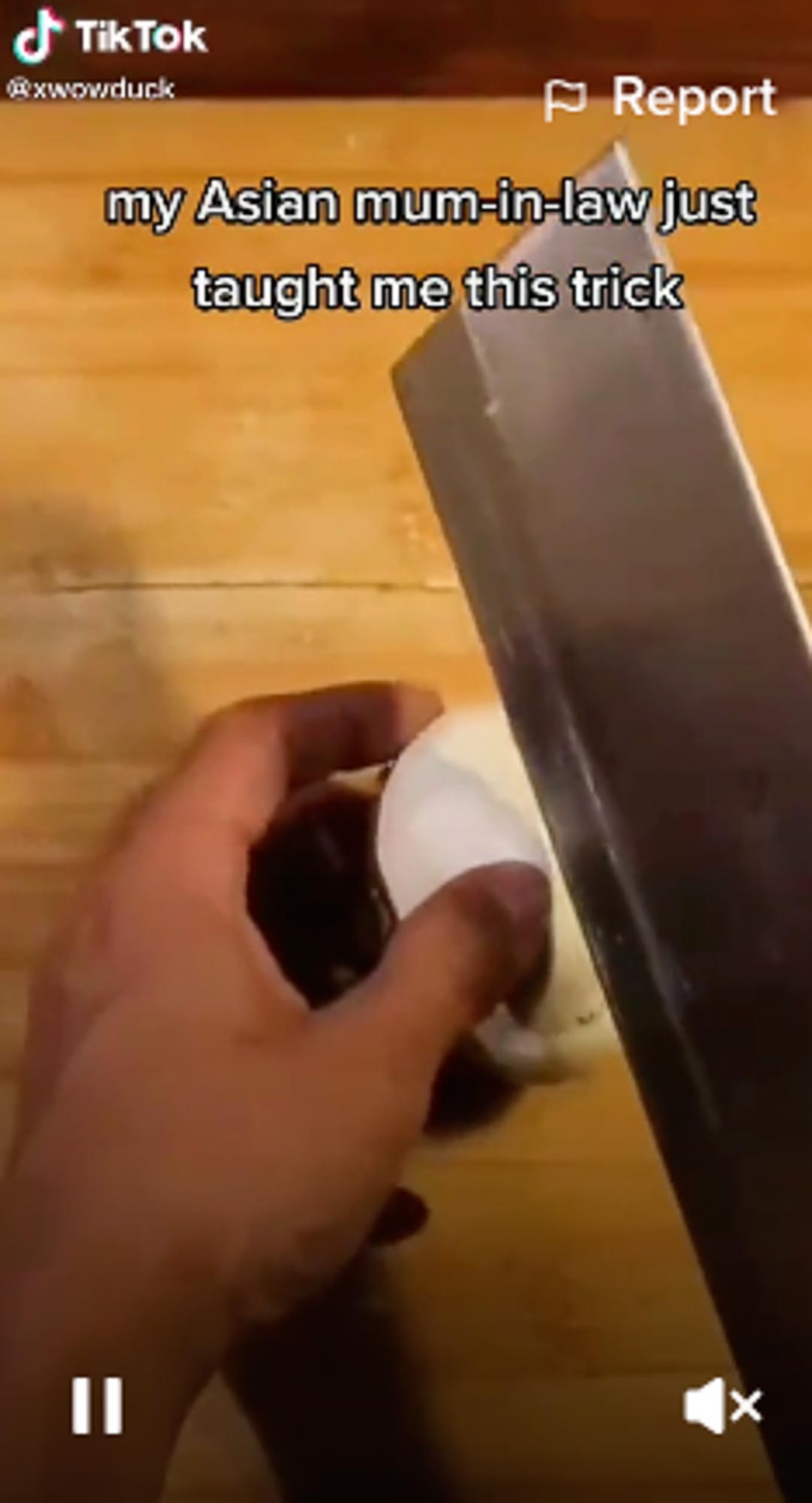 User @xwowduck shared the tip on TikTok – which he says he learned from his mother-in-law, who is Asian.

First, he cut the garlic bulb in half horizontally.

He then set the two bulbs down on the table, with the cloves exposed to the counter.

Then, he gave the bulbs a firm whack with the side of his knife.

He picked up the skin from the bulbs, revealing the cloves came out perfectly. 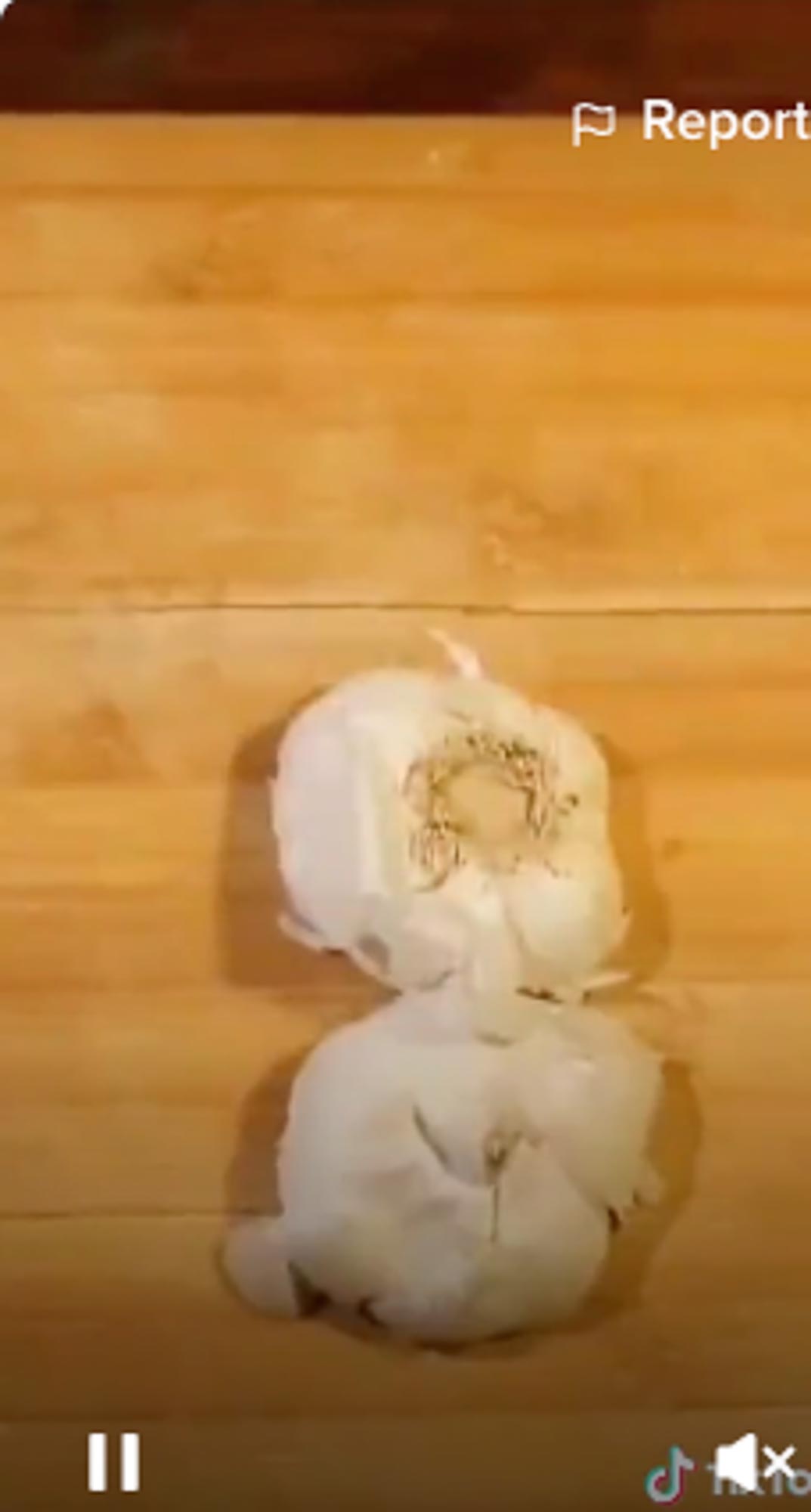 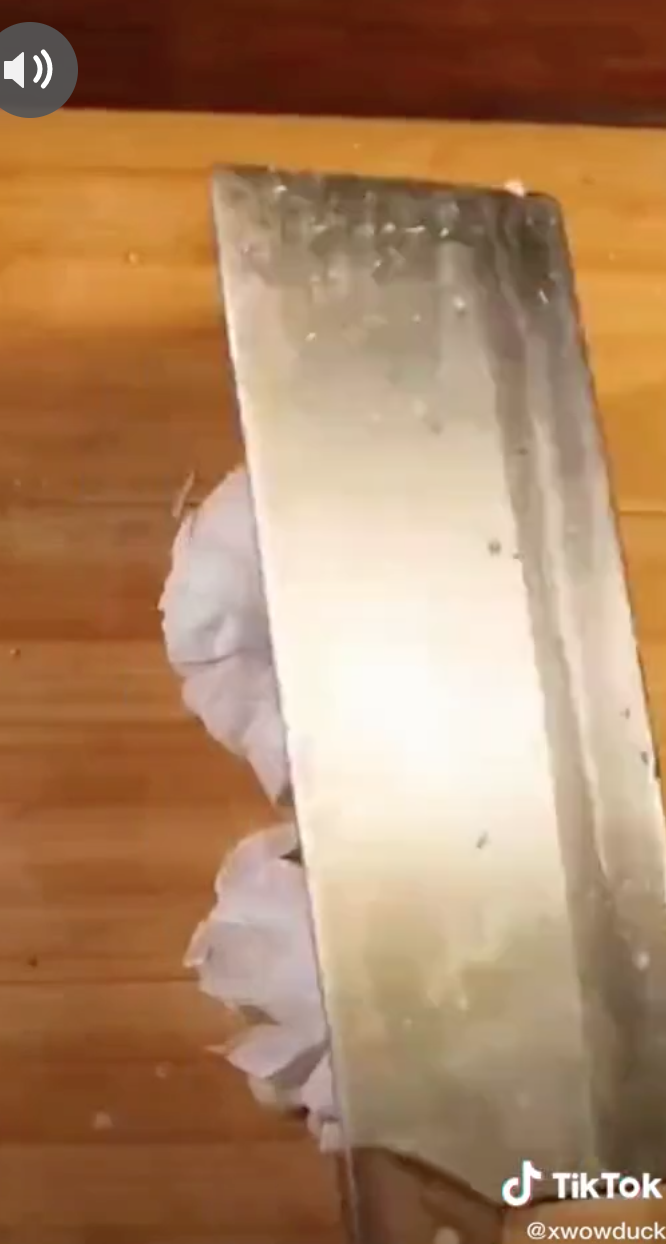 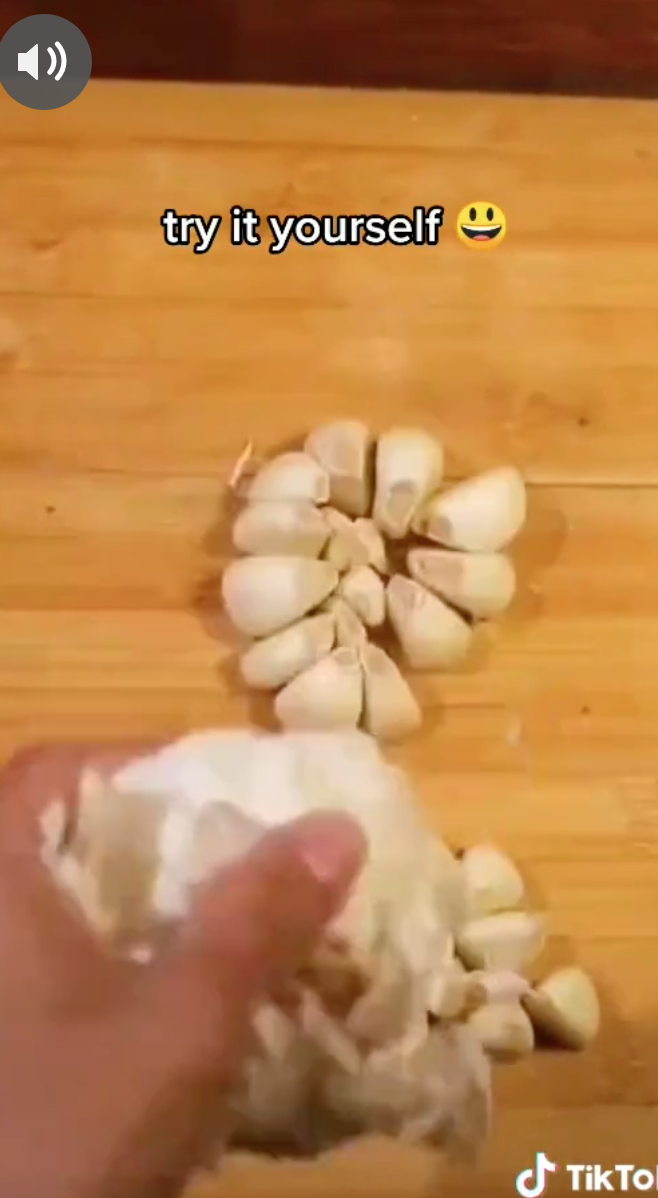 Users were shocked by the simple trick.

One user said: "wow thank you for showing this trick! I am going to cut the gralic (sic) like this from now onwards….."

Another person commented: "i'm honestly in tears thinking about the hours i could have saved."

'NOW I DONT HAVE TO PEEL THEM FOR HOURS," one person commented.

In other kitchen hacks, one TikTok star showed you've been draining your pasta wrong.

Another TikTok user showed how to use a clove of garlic to separate an egg yolk from the whites.

Users were blown away by a simple trick to clean their toasters.