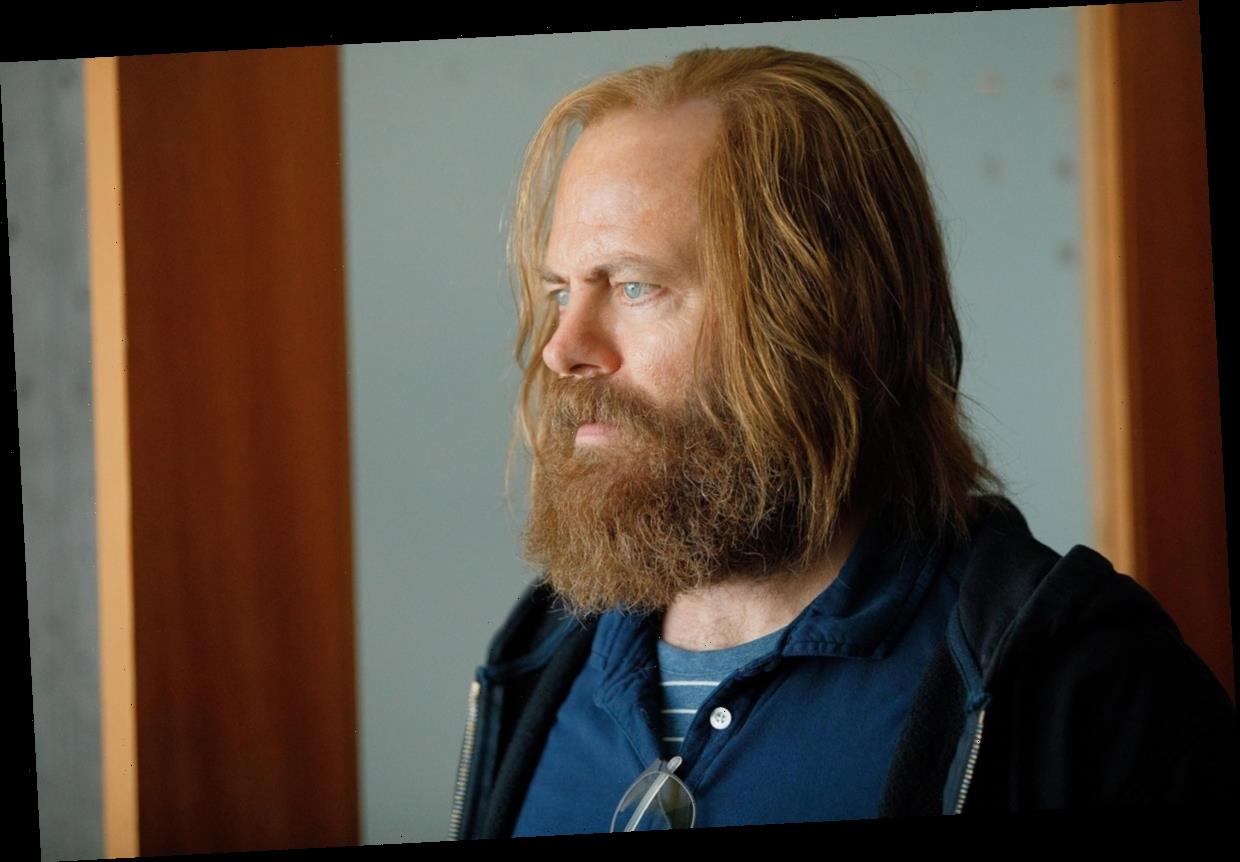 There are any number of real people series creator Alex Garland could have based Nick Offerman’s Devs character, Forest, on. The foreboding leader of a quantum tech company, he reads like a caricature of Silicon Valley CEOs: he has long hair and an unruly beard, opts for flannel button downs over formal suits, and eats handfuls of plain leafy greens. But he seems to be more of a conglomerate than a reflection of any one person in particular.

Instead, Garland uses Forest as a lens to critique tech companies as a whole. During a Devs preview event at the Chicago Comic and Entertainment Expo (C2E2), Garland explained that he was influenced by the "cultish" feeling of such companies. "Something like a product launch can feel like a church meeting," he said, per Syfy. (Think Apple’s annual Apple Event held in September.)

One way that feeling is perpetuated, at least according to Devs, is through the people in power. "The problem with the people who run tech companies is that they become fanatics, end up thinking they’re Messiahs," Sonoya Mizuno’s Lily says ominously in a teaser.

Garland expanded on this idea during an episode of the Artificial Intelligence podcast, saying that he thinks some people who are successful in the tech field can start to believe, "The reason I earned all this money and so much more money than anyone else is because I’m very gifted. I’m actually a bit smarter than they are, or I’m a lot smarter than they are, and I can see the future in a way they can’t."

Some of these people, he continued, genuinely believe their products are helping to create a better world, but others just "scare the hell out of" him. Where Forest falls on that scale, we’ve yet to find out, but you’ve definitely never seen the dear, sweet Nick Offerman like this before.