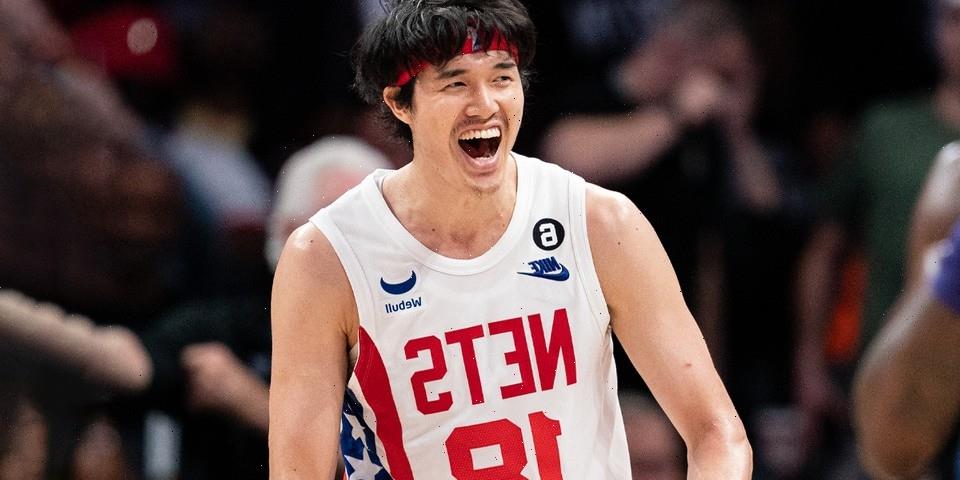 The Brooklyn Nets might have a secret weapon on their hands with shooting forward, Yuta Watanabe. The Japanese superstar is starting off the 2022-23 NBA strong, currently leading the league in three-point percentages.

With a 57.1% three-point shooting percentage, Watanabe is well above most players in the league, including the three-poing king himself, Steph Curry who sits at No. 19 with 44.3%. Kentavious Caldwell-Pope is in second with 53.8%, followed by Kevin Huerter with 51%, Dean Wade at 50% and Brandon Ingram at 49%. Watanabe out-shoots the likes of Damion Lee, Kelly Olynyk and Mikal Bridges in threes, at the moment. To put into perspective Watanabe’s growth, his first four NBA seasons averaged a 35.2% in three-point percentage.

Watanabe is proving that he is a force to be reckoned with and should not be slept on. He is also currently one of Brooklyn’s most dependable perimiter defenders, holding his own against some of the league’s top scorers on switches, as well as his hustle to rebound and attack the floor on a fastbreak. As of his last game against the Memphis Grizzlies earlier tonight, Watanabe is shooting 66% three-pointers over the last three games and 57% three-pointers throughout the season.

In other sports news, Dwight Howard made an impressive debut as a Taoyuan Leopard in the Taiwan League.
Source: Read Full Article