No regrets! Zac Clark embraced his experience on The Bachelorette with Tayshia Adams, and looking back, he has nothing but fond memories.

“I’m such a mush. Like, I cry. It’s embarrassing,” the addiction specialist, 37, exclusively revealed in Us Weekly’s “Bachelor Regrets” of shedding tears on the reality show. “It’s who I am. At the end of the day, we were talking about some real stuff. Emotions were high, and the human experience and human beings are built to cry when they’re emotional, and I’m cool with that.”

Clark met Adams, 30, during season 16 of The Bachelorette after she took over for original lead Clare Crawley following her engagement to Dale Moss. The philanthropist proposed to the former phlebotomist during the December 2020 finale. 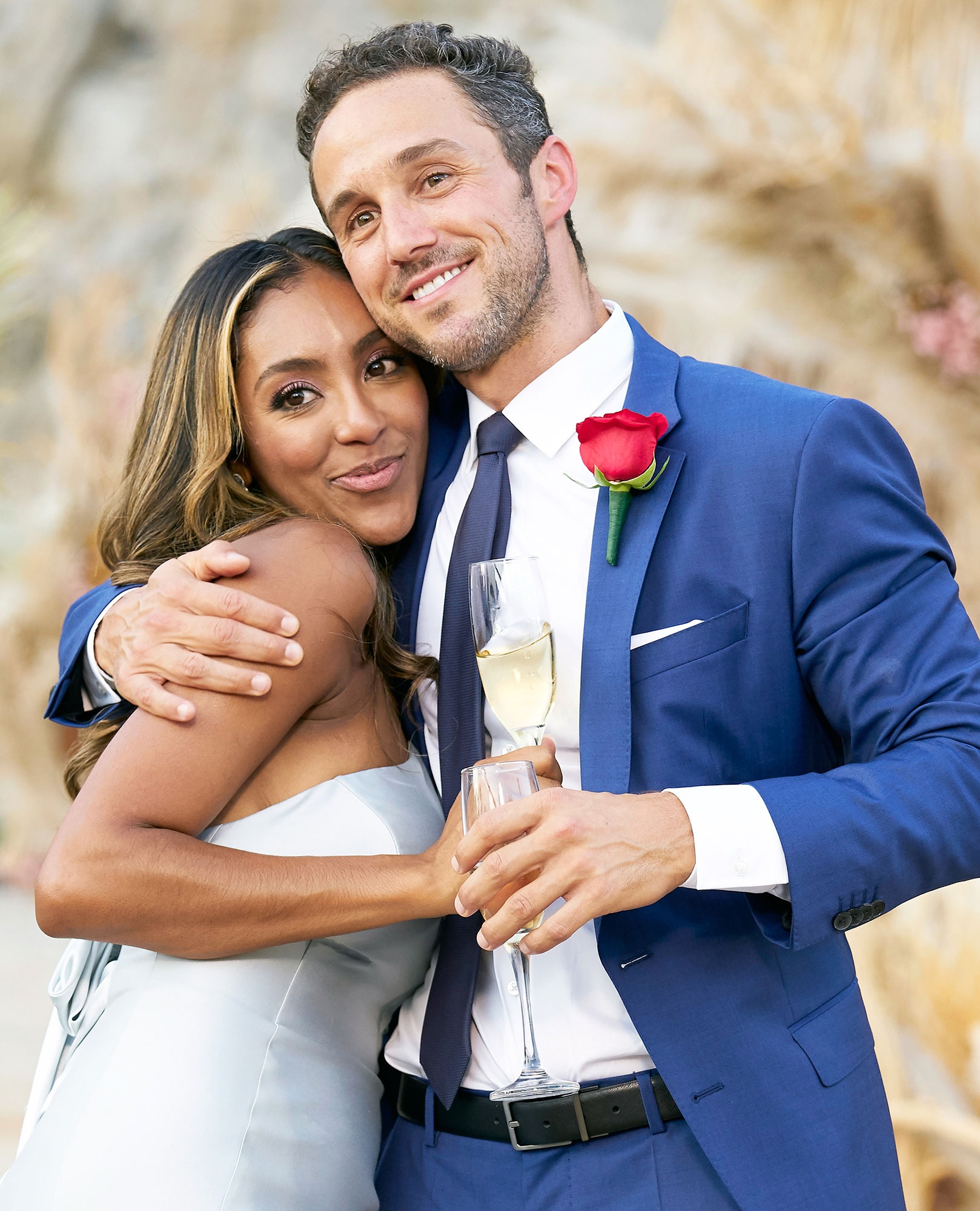 While some contestants struggle with the reality show’s process, Clark viewed each interaction with Adams in a positive way. “For me, any opportunity to connect with her, that was the focus,” he told Us.

Everything Zac Clark Has Said About His Sobriety

As for potentially uncomfortable encounters with his costars, the entrepreneur applauded the Bachelor alum for making things easier. “[It’s] a testament to Tayshia too — her ability to kind of navigate all that and hold space for a lot of those challenging conversations that she did have, many of which I didn’t even know were going on until actually watching the season back,” he gushed. “It just made me love her even more.”

The reality star joked about one thing he would do differently if he could. “I don’t love seeing myself in a Speedo on television, but I guess the juice was worth the squeeze or whatever they say,” he quipped.

Clark admitted earlier this month that his relationship with Adams went through some adjustments after the show ended. “Coming out of that, I think we had a strong foundation, and then it’s about, like, digging in together and getting to know each other and understanding each other’s lives,” he told Us. “We’re both passionate, driven, busy human beings. And with that, we need to remind ourselves to work each other into it and we’ve done [that]. So yeah, a couple months after, there was some ups and downs, of course, and, like, well-documented, but at the end of the day, it’s all good right now.”

The pair have started wedding planning, according to the TV personality. However, they have yet to set a date at this “very moment.”

Watch the video above for more of Clark’s “Bachelor Regrets”!