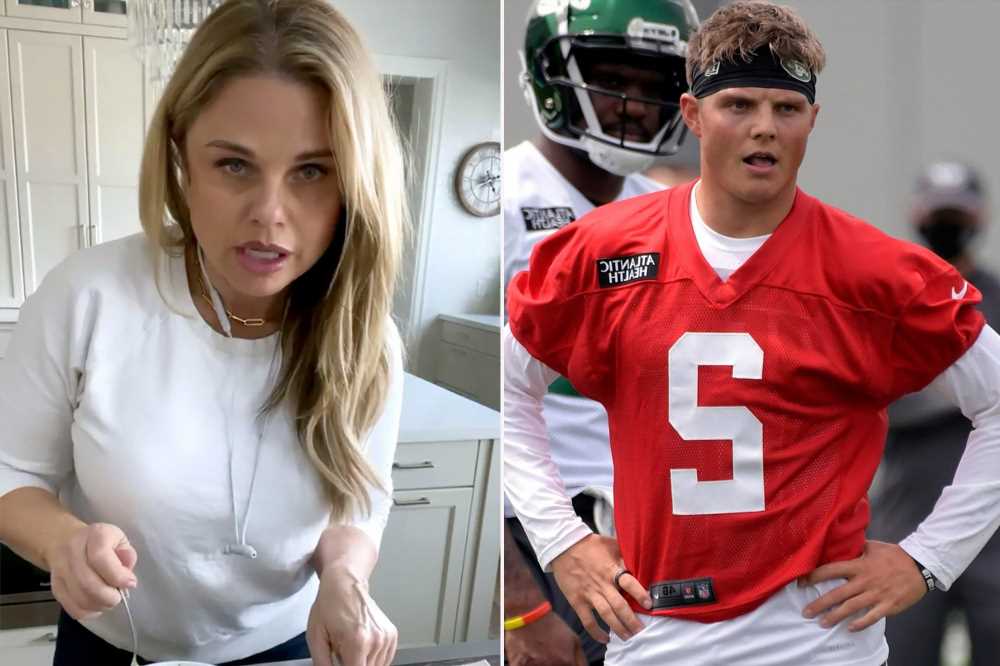 Jets will hold joint practices with Packers in Green Bay

Jets quarterback Zach Wilson has begged his mom to shut down her Instagram account with more than 31,000 followers, but Lisa Wilson says she can “take the heat.”

In a video posted Friday, the rookie’s mom revealed that her 21-year-old son has gone as far as to offer her money to take down her account in wake of rising ridicule because he “can’t stand these people treating my mom like crap.” The unfriendly messages have likely multiplied since she went on a rant criticizing the mask policy at Disney World back in May, which led to her temporarily making her account private.

But Lisa, who runs a lifestyle Instagram account where she shares tips and details from her personal life, said she has a good reason to keep going.

“I said, ‘Zach, you know what? If you saw the messages that I receive every single day from women that started exercising again,” she said. “Women that are learning to cook for the first time ever. Women that are changing their relationships with their husbands. Women that tell me that the only reason that they’re getting out of bed is because of my Instagram.

“The only thing that keeps them from taking a handful of pills is because something I said that day resonated with them.’ I refuse to abandon those people. I can take the heat. Bring it on.”

Lisa is no stranger to the spotlight since her son was drafted second overall by the Jets in April. On draft night, fans were clearly taken with Lisa. Zach later admitted to WFAN a few days later that the attention his mom was receiving was “not my favorite.”

Most recently, Lisa posted a stern message to whomever allegedly stole her purse at a wedding, calling the thieves “d—ks.”