1000-lb Sisters Season 3 recently premiered and fans already have a lot of feelings about the first episode of the TLC show. Normally, Tammy and Amy Slaton’s brother, Chris Combs is the voice of reason on the show and a fan favorite. But fans are calling Combs out for something that he did in the season 3 premiere. 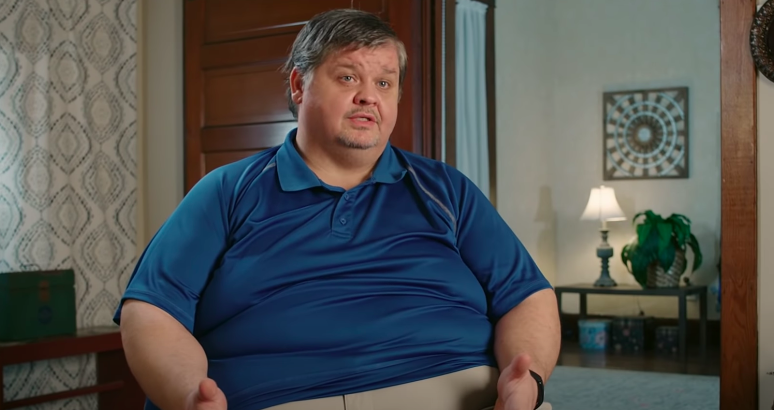 Why are fans upset with Chris Combs on ‘1000-lb Sisters?

Tammy has struggled with her weight for years. Throughout seasons 1 and 2, she failed to lose enough weight to qualify for bariatric surgery. In order to make a drastic change, she checked herself into a food addiction clinic in order to lose 100 pounds. But after losing 60, she called her siblings to pick her up. Now, some fans are blaming Combs for Tammy leaving rehab early.

“I understand it is difficult to deal with a family member who has an addiction,” one person wrote on Reddit. “I truly get it. BUT, why did Chris go and pick her up at the rehab place? It’s not like she could “sneak out” to run away on her own.

“That is one manipulative woman right there,” another person said. “But all the sibs probably play an enabling role to some degree.”

“I kept turning to my boyfriend asking him, ‘Why doesn’t Chris just leave her there? Why did he drive there?’” one user added. “She’s an adult. If she’s so independent and the whole ‘I can do it on my own,’ she can get her own ride without asking her family.”

“I think he was worried that she would just get herself kicked out, which I think has happened before,” one fan commented. “I think Amy is the bigger issue. She just needs to tell Tammy to do all of her sh*t herself. There’s no reason Amy has to cook for her, clean her place, handle her medications, etc. She needs to just stop. She keeps saying she will, but she doesn’t.”

During Tammy’s eight-week stint in rehab, she made a lot of progress.

She ended up losing 60 pounds but still decided that she wanted to go home early.

“I’m homesick,” Tammy told Kelly Yarborogh, an administrator at the facility. “I miss my bed, I miss my family. So, I think I’m ready to go. I want to try to get the rest of the weight off on my own.”

Yarborogh was skeptical that Tammy would be able to continue losing weight on her own at home, especially after she mentioned ordering burgers every day.

“I think if Tammy were to stay we could continue giving her the tools to not order out, to continue just to stick to her diet a little bit longer,” Yarborogh told the camera. “I worry about Tammy when there’s not somebody there to make those good decisions.”

Though Amy and Combs allowed Tammy to come home, they did try to help her become more independent. Since Tammy can’t use the stove due to her size, they bought her a cooktop so that she could try to make her own healthy meals. Whether Tammy will actually do that still remains to be seen.