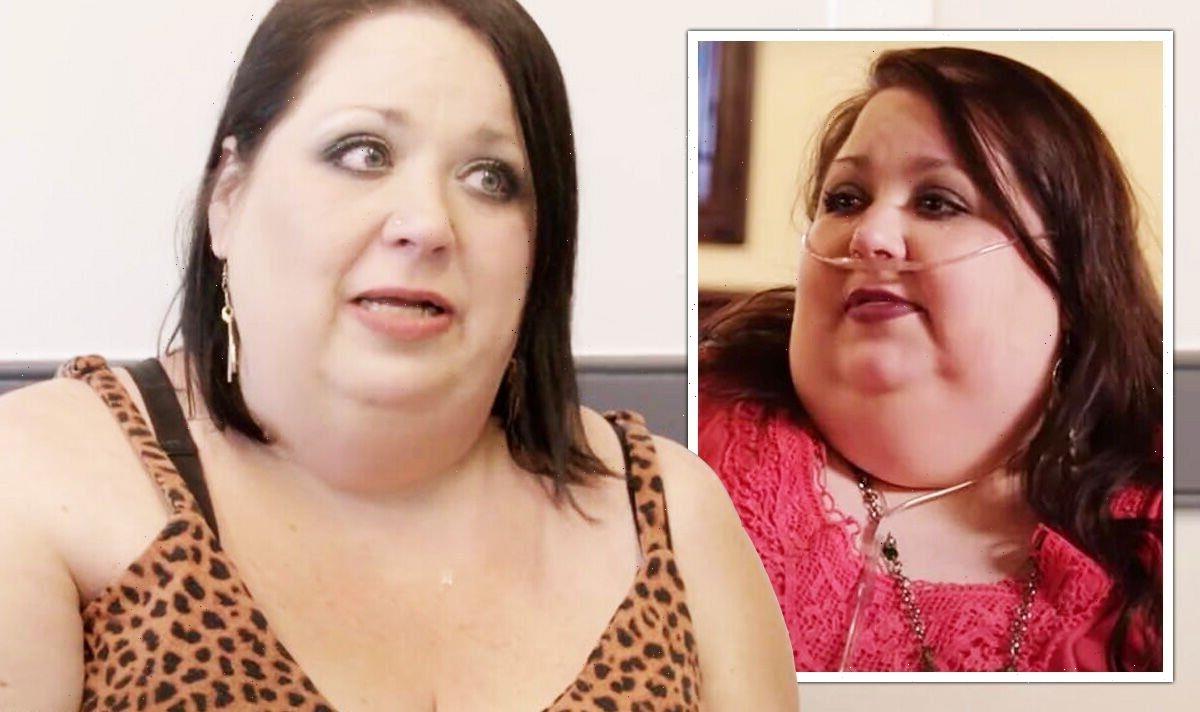 Reality show star Meghan Crumpler has been making incredible progress with her health over the past few years thanks to her role in the popular TLC series, 1000lb Best Friends. However, she recently revealed she still has a number of underlying health issues which have prevented her from fully reaching her goals.

The reality star has detailed a range of medical conditions which prove losing weight over the past few years hasn’t been as easy as some might think.

During the second season, Meghan received some backlash from fans when she decided to move into a hotel room with her friend Tina Arnold and her family after a flood.

While viewers also weren’t impressed with her recent row with Dr Charles Procter, Meghan has good reason to be frustrated with her slow progress.

“This year I found out that I have enlarged thyroid glands which affect weight loss,” she revealed.

“I discovered it just by doing an MRI because of pain, and they found that. I wasn’t even looking for it.”

Thyroid disorders can often lead to unexplained weight gain, and other symptoms include tiredness and weakness in the muscles.

Meghan’s condition could explain why she has struggled to meet Dr Procter’s fitness goals, although she is still considerably healthier compared to the start of her journey on her previous show Too Large.

Unfortunately, she has a number of other health issues which have made getting down to a healthy weight incredibly hard.

“And then, I have PCOS (polycystic ovary syndrome), which also affects weight loss,” she told the iHollywoodTV podcast.

“And on top of that, I have COBD (chronic obstructive pulmonary disease). I take steroids constantly, because of my lungs.”

Meghan became rather emotional as she explained the various conditions which have arisen over the years.

“It’s kind of like a lot of stuff is stacked up against me,” she explained.

All four friends still have a long road ahead at this point of the season, however, and Meghan also took the time to address her recent argument with Dr Procter.

“He said something to me which kind of struck a chord,” she admitted.

“It messed with my head. You don’t get over 500lbs without a little bit of mental issues and self-esteem issues.”

“And I’m not blaming Procter, he’s a wonderful man. But because my brain works the way it does, what he said, it will twist the words.

“When he said, ‘You have the potential to be my least successful patient’, I took that as, ‘You’re a failure. You blew it.’

“All these things rushed to my head and that kind of spiralled me out of control for a couple of months on top of the flood happening.”

Thankfully, Meghan and her doctor appear to be on much better terms now, and fans can keep checking in with their progress over the coming weeks.