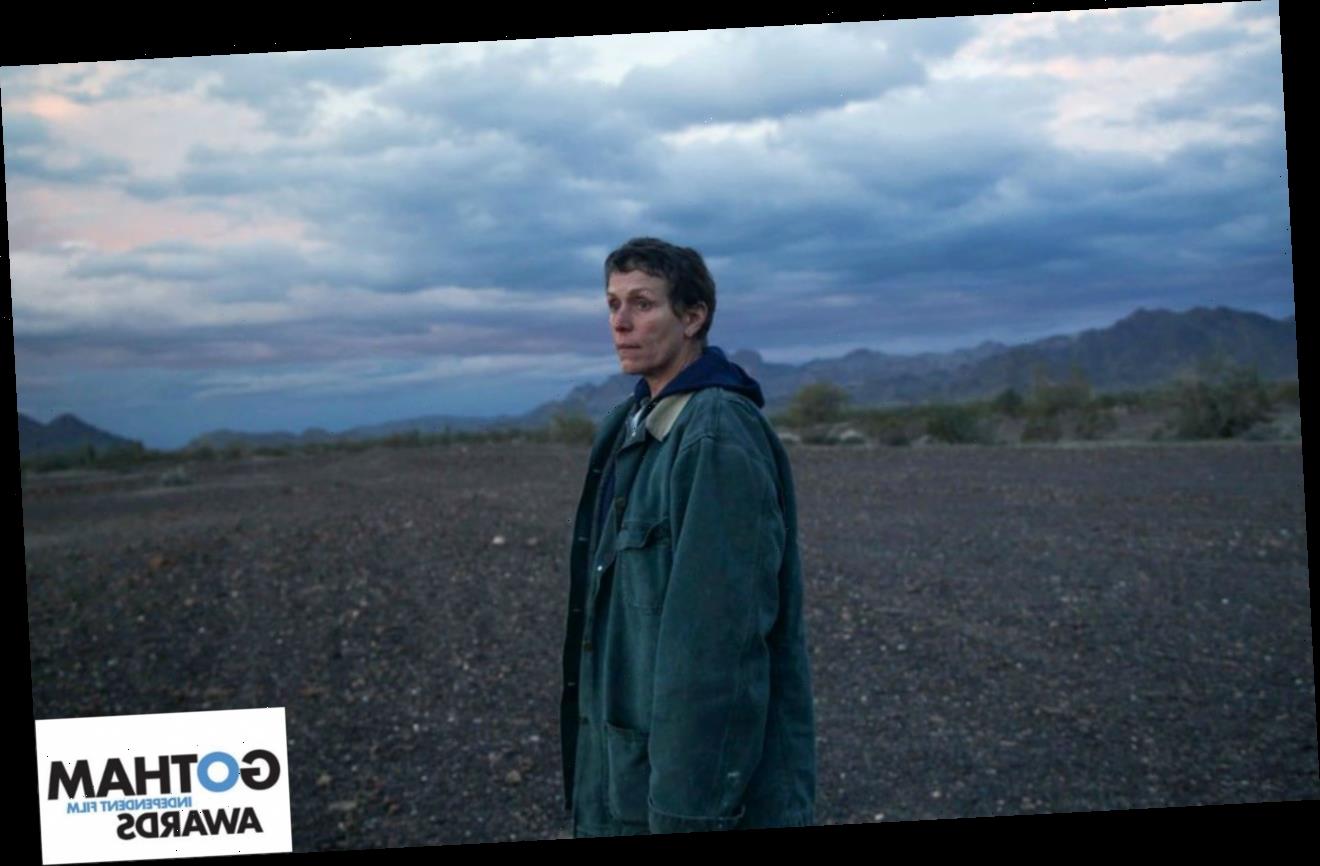 The Chloe Zhao-directed film becomes a clear Oscars favorite with this win, while Riz Ahmed and Nicole Beharie secure the acting category for their role in ‘Sound of Metal’ and ‘Miss Juneteenth’ respectively.

AceShowbiz -“Nomadland” has taken another huge stride to possible Oscars gold after picking up the Best Feature honour at the Gotham Awards on Monday night (January 11).

There were also wins for Riz Ahmed, who picked up the Best Actor award for his portrayal of a deaf drummer in “Sound of Metal“, and Nicole Beharie, who beat out Jessie Buckley, Youn Yuh Jung, Carrie Coon, and McDormand for the Best Actress gong.

It was also a special night for the family of Chadwick Boseman, who was saluted with a posthumous Actor Tribute, alongside his “Ma Rainey’s Black Bottom” castmate Viola Davis.

“Moonlight” actor Andre Holland honoured the pair and Boseman’s wife, Taylor Simone Ledward, accepted the “Black Panther” star’s award virtually, stating, “He was blessed to live many lives in his concentrated life. He harnessed the power of letting go and letting God’s love shine through. Thank you for giving Chad these gifts. It’s an honour to receive this award on behalf of my husband.”

“Chad, thank you. I love you. I am so proud of you. Keep shining your light on us.”

There were also honours for Steve McQueen, who claimed the Director’s Tribute and Ryan Murphy, who was feted with an Industry Tribute. The Gotham Awards panel also introduced the inaugural Ensemble Tribute, which was given to the cast of “The Trial of the Chicago 7“.