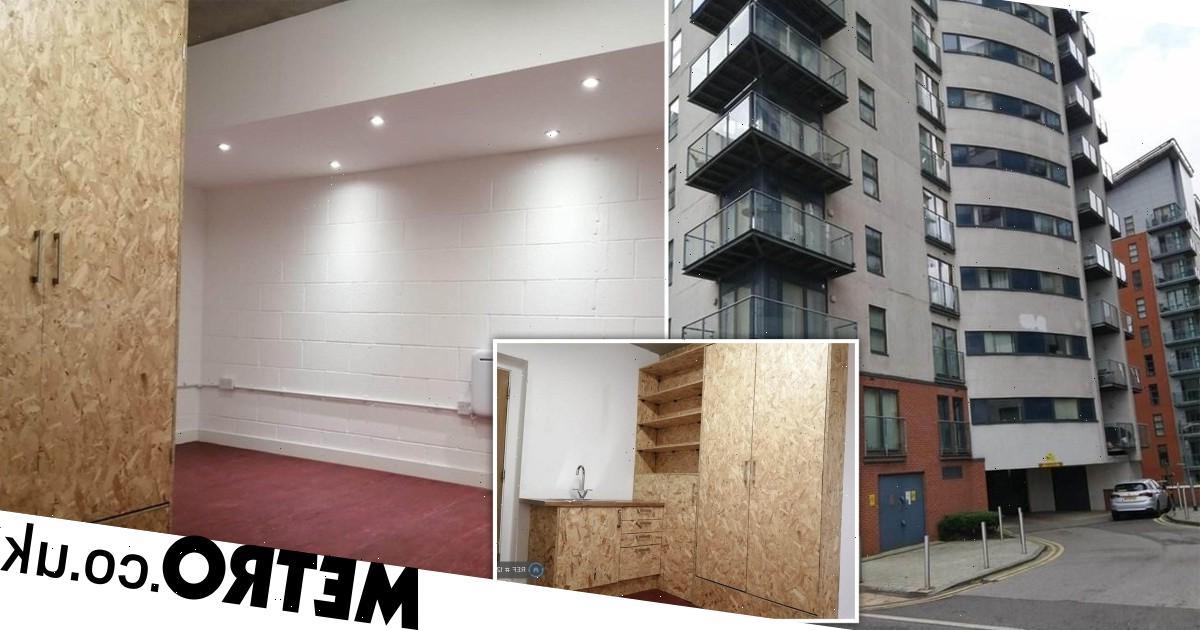 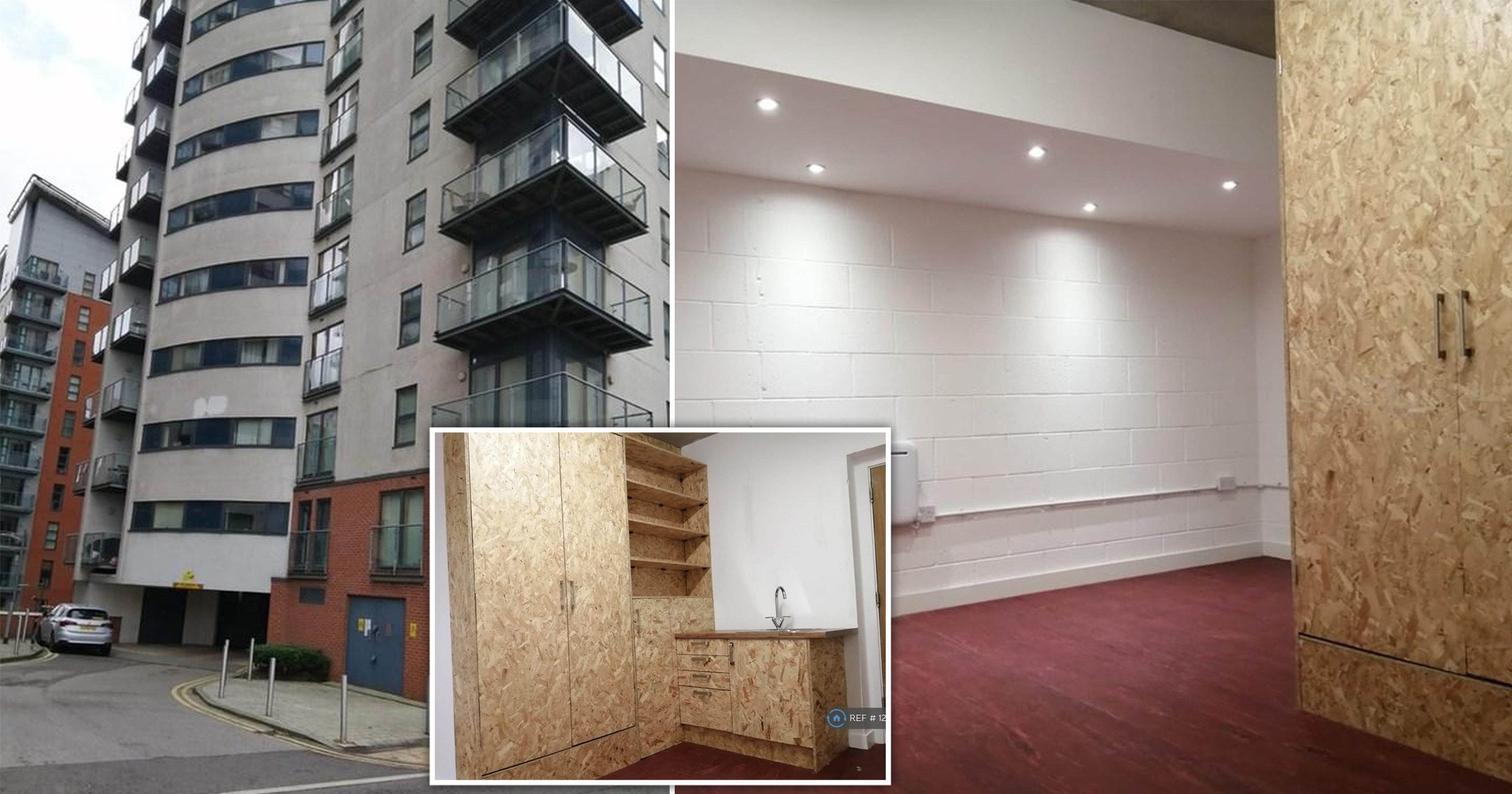 It’s not just London where landlords are running wild and pushing the boundaries of what can be let out.

Up in Manchester, too, you’ll find all manner of bizarre rentals, such as this one, located in Jefferson Place on Fernie Street.

At first glance, the listing might seem pretty normal. For £600 a month, it offers a one-bedroom studio flat that claims to be ‘newly refurbished’.

But once you look at the photos, things start to get a bit… strange.

Images showed the flat was a bare room with a kitchen made from exposed chipboard, along with a chipboard wall seeming to partition the ‘bathroom’.

It also appeared that the ‘home’ was lacking windows.

Then came the real twist: former residents and neighbours of the ‘studio’ claimed they recognised the property – because, they claimed, this was actually the space previously used to store the building’s bins.

The listing was brought to the attention of Twitter by Dan Hett, who wrote: ‘You have to admire the absolute balls of @OpenRent and @rightmove here, for advertising a windowless basement that was clearly the bin storage area for the building, yours to inhabit for £600pcm. scumbags.’

Adrian, who claims to be a former resident of Jefferson Place, commented: ‘I lived in that building and it’s 100% the bin store.’

Another person added: ‘My friend lives in these apartments and tells me its the bin store and it’s completely windowless.’

The listing, which appeared on Openrent, Rightmove, and Zoopla, boasted that the property was ‘family friendly’, and noted its location ‘close to the buzz of the city centre’ as a major selling point.

The ad read: ‘This would be the ideal home office for any working professional who wants to be located in the buzz of city centre, close to all amenities.’

Bills weren’t included and those who did rent the space would also have to buy their own furniture as the studio is unfurnished.

The good news is that when the listing was brought to the property websites’ attentions, the advert was taken down. So here’s hoping that means no one will be taken for a viewing of what might be, as one person put it, a ‘bin juice ridden pit’.

A Rightmove spokesperson said: ‘As soon as the property was brought to our attention we contacted the agent and asked them to review it. The agent has since removed the property.’