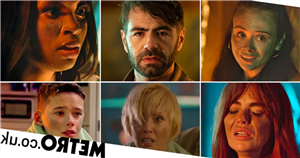 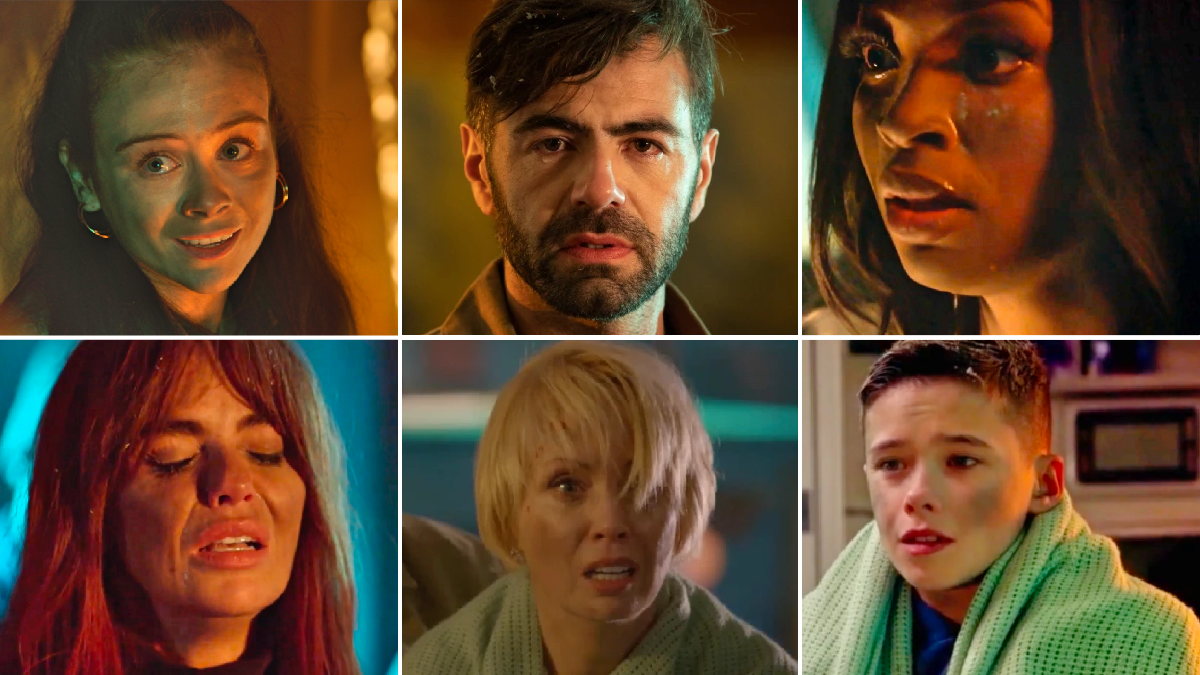 Hollyoaks promised an hour of telly that we’d never forget in its huge stunt outing, and it certainly delivered just that.

Several of the serial drama’s finest congregated together in Marnie Nightingale’s (Lysette Anthony) beloved Salon De Thé, unaware of the tragedy that would follow.

In superb and thrilling scenes, the patisserie was blown to smithereens, endangering the lives of just about everyone inside.

The special edition of the Channel 4 soap was nothing short of spectacular, but as the dust settles on the disaster – in this case literally – fans are no doubt eager to find out what happens next.

If you’re not ready to move on, however, then you’ve come to the right place, as we’re taking a deeper dive into the hour-long extravaganza to look at it a little more closely, as we examine all the HUGE questions the show has left us with.

Sylver made a huge decision to leave the eponymous village, but he ultimately returned, having had a change of heart. He did so in the nick of time too, as he found Mercedes and Cher trapped inside the Salon De Thé.

The popular character rescued his loved ones, but ultimately ended up in back the burning building, where he seemingly perished.

While no confirmation was given regarding Sylver’s fate, we can confirm that he did, in fact, die in the blast.

Is Bobby following in Silas’ footsteps?

Sylver’s death came, in a sense, at the hands of Bobby Costello, who watched his stepdad get trapped inside the Salon, before telling mum Mercedes that he never crossed paths with him.

The little boy’s darker side is evidently coming to light, and moments after the blast, he was seen playing chess on his app, with the other opponent thought to be his granddad Silas.

Is Bobby following in the killer’s footsteps? Will Hollyoaks have a new serial killer on its hands?

Did Toby and Celeste survive?

Toby and Celeste’s fate remain up in the air, after debris from the burning building fell upon them.

The siblings had multiple opportunities to escape the chaos, but Celeste refused to leave her brother to die. Toby, you see, had confessed to Lisa’s murder, a discovery which resulted in both Martine and Cleo turning their backs on him.

Celeste, however, wasn’t willing to do so, informing Toby that she will never leave him.

It appeared as though both Celeste and Toby were alive at the episode’s end, but will they be found before they perish?

Will Martine and Felix break-up after Lisa shock?

Martine received a huge shock when Toby admitted that he not only killed Lisa, but that he had actually been trying to murder Mitchell when he accidentally did so.

Horrified, she relayed her discovery to Felix, but it became clear that Felix was already aware of such things.

Martine berated her hubby for lying to her yet again. The question is: can they come back from this?

It’s certainly not looking good for the pair, that’s for sure!

Juliet is another potential casualty of the horror that transpired, after her attempt to propose to girlfriend Peri went awry.

The teen found herself clinging to the wall of the building for dear life after the staircase gave way, before she thunderously crashed into the smoke below.

She ultimately woke up in hospital, just in time for an emotional Peri to pop the question, but upsetting scenes ensued, as Jules lost consciousness once more, leaving viewers uncertain of what lies ahead.

Will Juliet die? Say it ain’t so!

If so, will she say yes to Peri’s proposal?

Juliet’s fate remains up in the air, but if she pulls through, will she accept Peri’s proposal?

Peri had initially no intention of marrying Juliet, but the fire ultimately made her realise that she wants to spend the rest of her life with her soulmate.

But will she be lucky enough for such a thing to happen?

Will Becky pay for her role in the explosion?

Becky and Ollie’s protest ultimately played a huge role in the tragedy that transpired, given that the former’s decision to throw something into the cafe is what ultimately led to the blast.

But will she pay for what she’s done? It’s seemingly her fault the blaze commenced, and with some residents set to die, it’s likely that their loved ones will be out for blood.