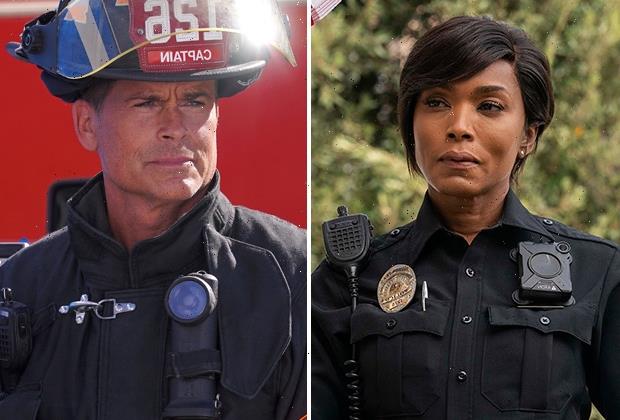 Fox is refueling its fire trucks for additional seasons of 9-1-1 and 9-1-1: Lone Star, TVLine has learned. Both the flagship drama and its Texas-set spinoff will return for Seasons 5 and 3, respectively.

9-1-1 will retain its time slot this fall, airing Mondays at 8/7c, while new episodes of Lone Star will be held until January 2022. When football ends in March, the two 9-1-1‘s will return to their back-to-back Monday schedule. As teased during Fox’s Upfront presentation, fans should “keep an eye out for a crossover in the back half of the [TV] season.” (Click here for a full breakdown of Fox’s fall schedule.)

Heading into its May 24 finale, 9-1-1 is averaging 6.5 million total viewers and a 1.1 demo rating — making it Fox’s most watched and highest-rated scripted series. Spinoff 9-1-1: Lone Star, with 5.5 million viewers and nearly a 0.9 rating, ranks second amongst all scripted Fox fare.

As both shows barrel toward their season finales, tonight’s 9-1-1 finds Bobby and Athena at a potential breaking point in their marriage, while Lone Star follows up on Tommy’s husband‘s potentially fatal incident. (Bonus: Click here for first-look photos of Greg Grunberg guest-starring on Lone Star.)

TVLine’s Broadcast TV Renewal Scorecard has been updated to reflect 9-1-1 and Lone Star‘s renewals. Are you relieved to know that both shows will return? Drop a comment with your thoughts on the fire-fighting franchise below.