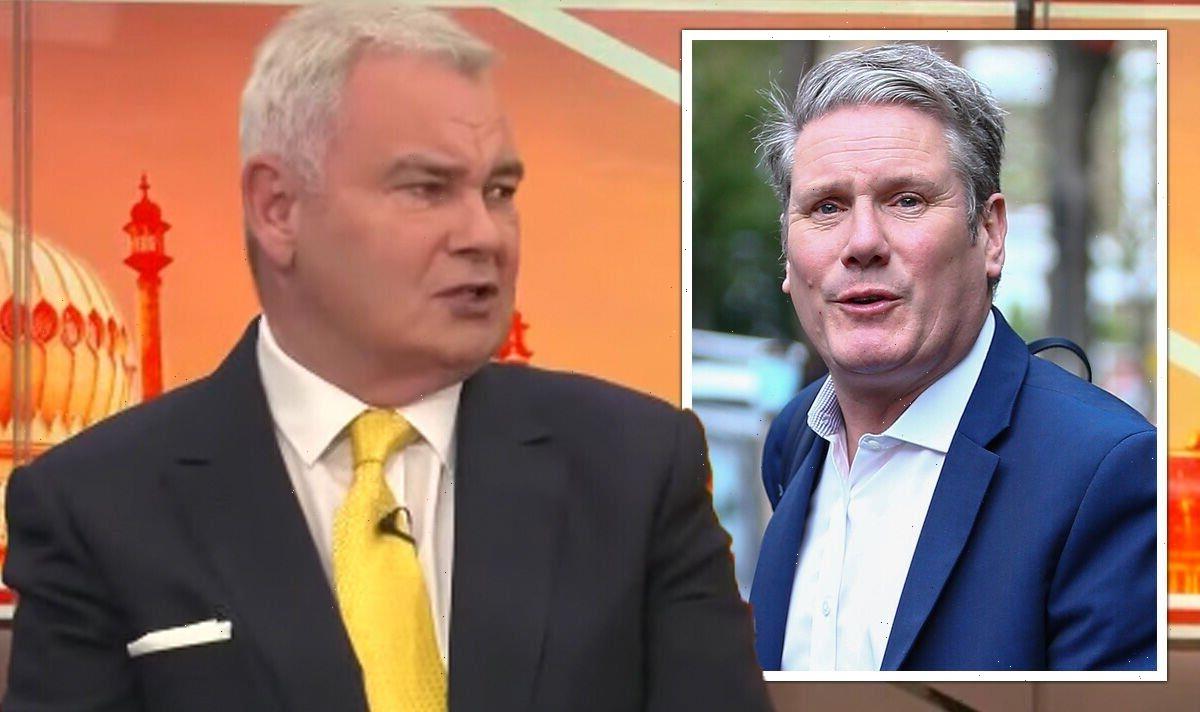 As ‘berate’ rumbles on, GB News hosts Eamonn Holmes and Isabel Webster discussed whether Sir Keir Starmer should resign as leader of the Labour Party. Eamonn explained he thinks Starmer has no chance as he cannot relate to working class people and branded him a “dullard”. However, Isabel argued politicians should focus on policies instead of entertaining the public.

Discussing Starmer’s remarks he will resign if he is fined for ‘beergate,’ Eamonn remarked: “Maybe he’s got an inside track. Maybe he knows he’s not going to be charged so he’s very happy to say I will resign.”

“But also does he have a hotline to the police?” Isabel asked. “He’s former director of the public prosecutions. He knows this is not really how you conduct things.”

Eamonn chipped in: “You know the main thing that stands out about Keir Starmer now, he does’t look like a leader. He’s not charismatic.”

“Well what does a leader look like?” Isabel asked. ‘I don’t know.”

Eamonn savaged: “He’s wooden. He’s a dullard,” but his co-host argued: “But that doesn’t matter.”

“It so does!” Eamonn exclaimed. “You can’t say Bill Clinton was a dullard or Barack Obama was or Tony Blair was.”

Isabel sighed: “Appointing leaders of the free world based on the fact that they’re host of The Apprentice, we’ve got it all wrong if that’s what we value above policy.”

“Well why else is Boris Johnson Prime Minister?” Eamonn hit back.

“And he’s a Sir. He’s in charge of a socialist party and he’s called a Sir.”

“Well, yeah, it;s an honour given for his..,” Isabel explained but Eamonn screwed up his face, complaining: “Oh come on!

Isabel argued: “He had a real job as director of public prosecutions.”

“I don’t think he relates to working class people,” Eamonn continued. “I’ve always had this problem with the Labour party.

“Angela Rayner, different type of person, absolutely represents working class people. Her problem is does she cut through to the middle classes?

“Where Blair was a genius was he was able to say to left-leaning Gordon Brown, ‘Gordon we can’t keep preaching the same solutions to the same people. We can’t keep talking, trying to please the trade unions, we’ve got to appeal to a wider audience out there who’ve got aspirations and say, you can trust the Labour Party to deliver them.

“That’s why he won those elections.”

It comes after Sir Keir stated “no laws were broken” and he “simply had something to eat while working late in the evening”.

He told Labour supporters: “If the police decide to issue me with a fixed-penalty notice, I would of course do the right thing and step down.”

Breakfast with Eamonn and Isabel airs on GB News from 6am.