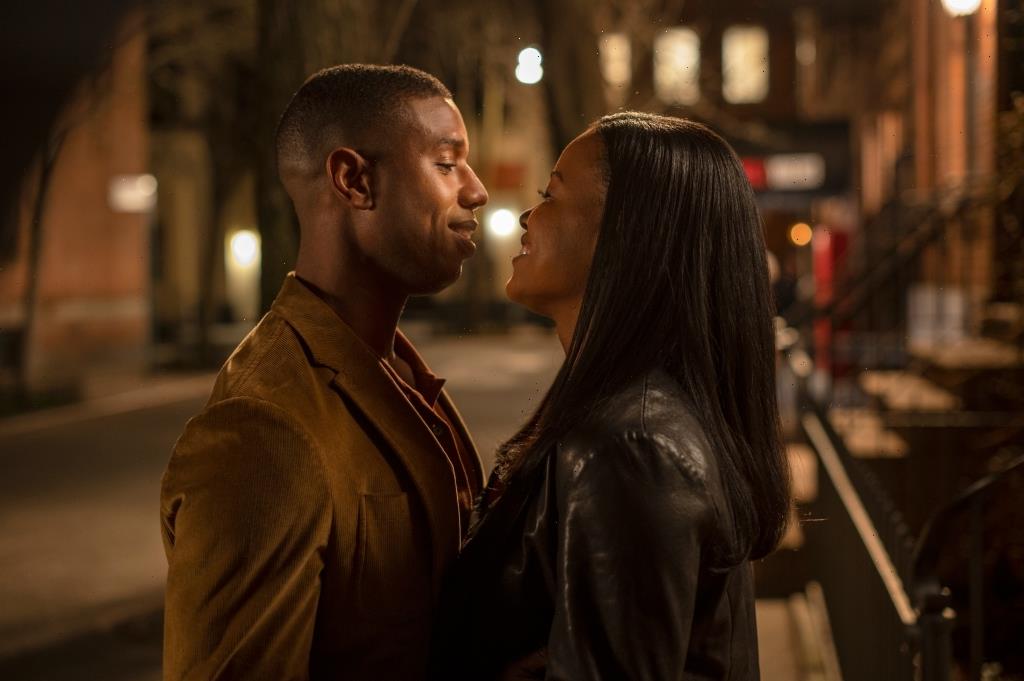 Denzel Washington has two war films opening for Christmas — one written by a certain Will Shakespeare about a fellow named Macbeth in which Washington plays the title role, and another which he directed only. The latter, A Journal for Jordan, is Washington’s fourth outing behind the camera and is as sincere and unquestioningly patriotic as anything made during the 1940s.

In this sense, it’s an odd and oddly timed film, one that emerges at a moment when the world is far more preoccupied by the danger of a global pandemic than by a misguided war — the one in Iraq — that most Americans would just as soon forget, if, indeed, they haven’t already. The chemistry between stars Michael B. Jordan, playing a very hunky straight arrow, and his vibrant co-star Chantá Adams sets things percolating from time to time, but this is a film that asks no questions and takes no position on a war that was a misguided excuse to punish someone for 9/11.

Journal is based on a 2009 memoir written by then-New York Times senior editor Dana Canedy, and its title is taken from the journal of love and advice written for his infant son while Dad is deployed in Iraq. Canedy since has gone on to administer the Pulitzer Prizes and become Senior VP and publisher of Simon & Schuster’s eponymous imprint. The author’s flashy pedigree aside, however, the film is a very straightforward, borderline hokey account of a relationship that endured to become something more, an old-fashioned story of two resolute careerists who needed to make significant allowances and adjustments to allow their love to flourish, if just for a time.

This is a sympathetic romance that elicits nothing but good will, perhaps even too unrealistically so; if the world were made up with nothing but purposeful, sincere people like these, one might become convinced that 98 percent of the world’s problems could be solved.

Initially, First Sgt. Major Charles Monroe King (Jordan) seems pretty corny, almost too good to be true, with a chest so broad the Army might need to invent some new medals just to cover his uniform. Dana (Adams) is a freelance journalist in Gotham, though it’s unclear why the character isn’t more explicitly rooted in the author’s actual career, as the man’s is. Even more perplexingly, it’s odd that, after an extensive career in television (24, ER, Criminal Minds) and one feature screenwriting credit (Mudbound, in 2017) writer Virgil Williams — with Washington’s evident full approval — chose to jumble up the chronology of events like a tossed salad. A simpler, more straightforward approach might have provided greater investment in the characters and a stronger emotional swell at the climax.

As it is, the script bounces back and forth among several time periods, and ill-advisedly so, as the jumping around persistently disrupts one’s interest in the central characters’ growing relationship.

This is unfortunate, as the best thing the film has going for it is the ever-rising temperature generated by the two leads. Charles and Dana are very principled people, and the latter’s father trained the younger man when he joined the Army. Despite the evident mutual attraction, there are reasons for both of them to proceed cautiously, which allows Washington to get some good, frisky mileage out of their courtship scenes, including some interludes involving Jordan wearing as little as possible that provoked a great deal of screaming, hooting and hollering at the preview screening.

But no matter how much heat and good will is generated by Jordan, Adams and young Jalon Christian, the latter very fine as their teen son in the final stretch, it’s simply not enough to prevail over the jumbled screenplay and the banality of the direction. Washington’s three previous outings behinds the camera — Antwone Fisher, The Great Debaters and Fences — while all entirely conventional, at least had enough going for them to generate a measure of interest and respect. But apart from the frisky frissons sparked by the actors from time to time, this one feels very rote, a job of work rather than a creative and illuminating revelation of an unusual relationship between two emotionally alert people.

Sony opens the film on Christmas Day in theaters.