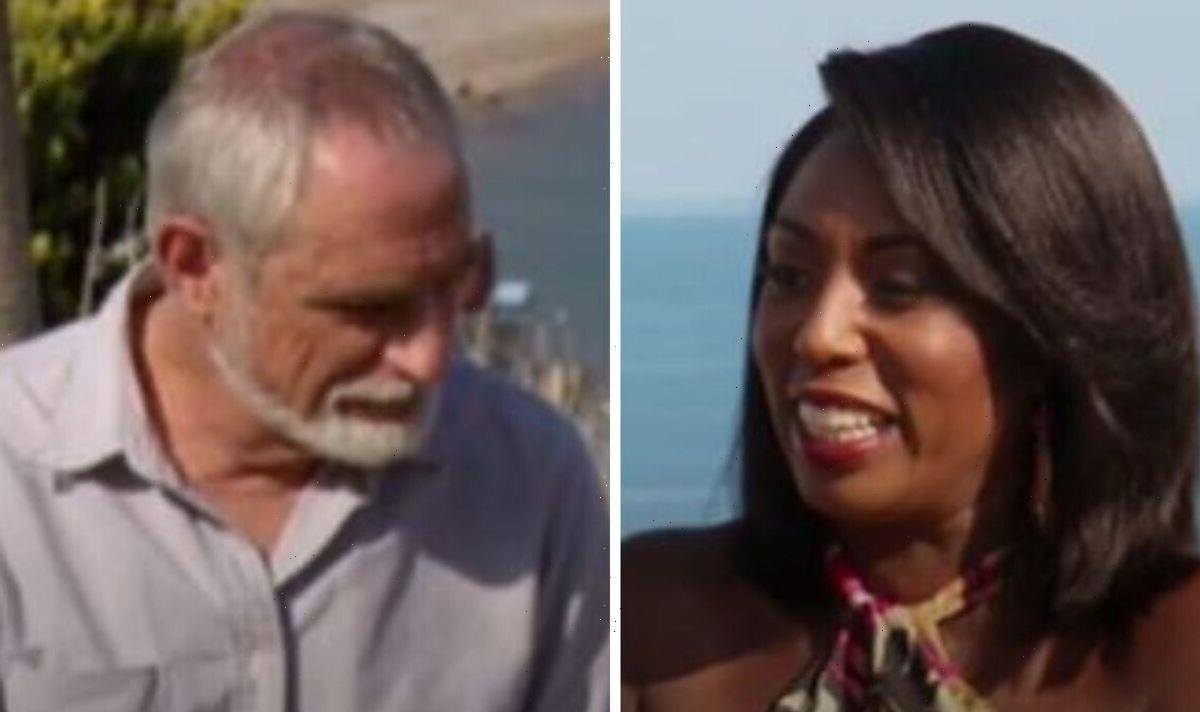 A Place in the Sun: Guest cries as his offer is accepted

During Tuesday’s instalment of the Channel 4 show viewers saw Uri on the hunt to find the perfect home for himself and his wife Hazel. Accompanied by his daughter on the search, he was shown five properties by expert Leah Charles-King. Although it was one in particular that stole his heart.

Before Uri and his daughter Shaine began looking at the roster of homes Leah had found, they first met up to go over the budget and what he was looking for.

Informing the property expert that he had an initial budget of £180,000 with a maximum of up to £200,000, Uri confessed he didn’t enjoy modern homes and wanted a garden that wasn’t too big.

He told Leah that his dream was to have a property with space for chickens, a dog and a pool would be a bonus.

After living in different places around the world for his work, the buyer admitted he now wants to settle down in one place with his wife.

Once Leah had heard his list of requirements, the expert then took Uri and Shiane to see the five properties.

Although the search was nearly over far quicker than expected as the first house they saw in Polemi blew them away.

With the two-bedroom home having incredible panoramic views of the landscapes, they were both speechless that it was just under £165,000.

After walking around the property, Uri said: “I don’t want to say this is exactly what I’m dreaming of- but it is I must admit. It is a contender.”

With the bungalow remaining a high contender throughout, it wasn’t until they saw property four in Pano Arodes that Uri was swayed.

Showing them the three-bedroom property with three bathrooms and a pool, Leah seemed to win them over despite it being slightly over his initial budget, coming in at just over £190,500.

Looking around the home, they were both impressed with the balcony, spacious kitchen and high ceilings.

The next day, it was time for Uri to make his decision on which home he would like to put an offer on.

Commenting on her parents’ decision, Shiane said: “It’s got everything that they need and it doesn’t require any major constructional changes for them to just move in and live there.

“The Adores house just makes the most sense.”

Reminding them that the house is over his initial budget, Uri told Leah he wanted to make an offer of £163,000.

However, after a call, the homeowners rejected the price as they commented that it was too low for what they were asking.

Relaying this information to Tony over the phone who liaised with the homeowners, they decided to accept the offer, which was £10,000 under the asking price.

Thrilled, he started to get emotional as Leah commented: “Uri you’ve done it, Hazel’s done it, Shiane well done.

“Look at you, look he’s crying. Uri, I’m loving this right now for you.”

A Place in The Sun continues weekdays on Channel 4 at 4pm.