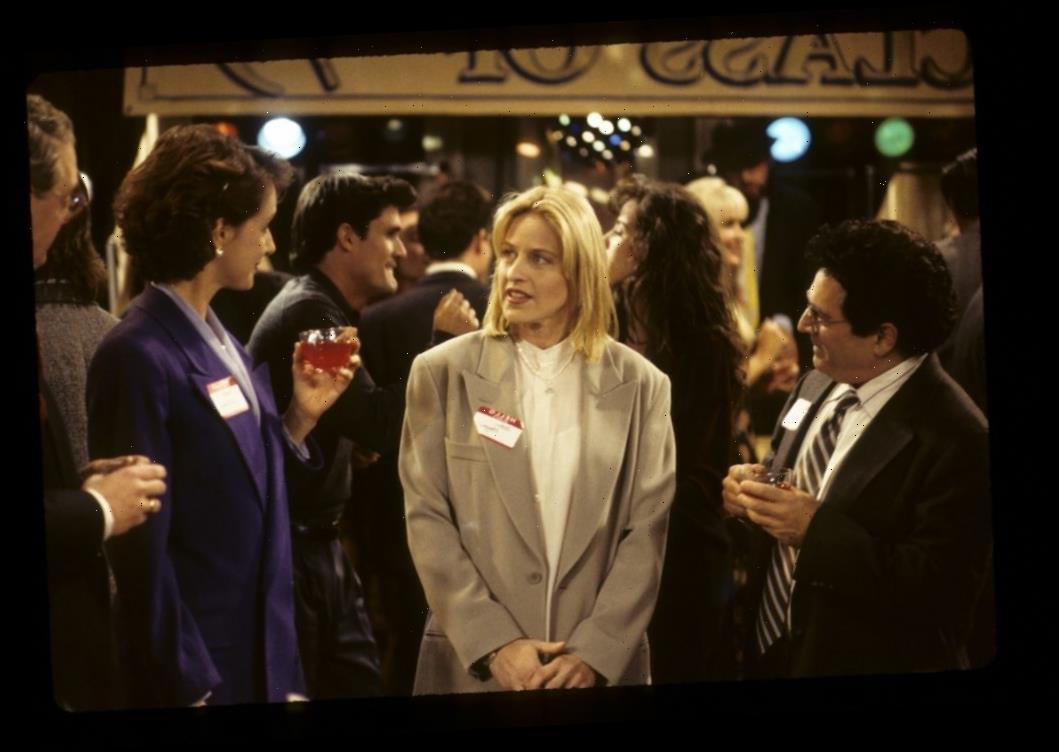 TV show crossovers are not new. Bringing characters into each other’s worlds can make both programs more popular, as fans tune in to see what happens. Many current shows, like Station 19 and Grey’s Anatomy or Chicago Fire and Chicago Med use this method. Just like today’s crossovers, past ones sometimes worked — and sometimes didn’t. ABC’s big fail happened when they tried to crossover Ellen, The Drew Carey Show, Coach, and Grace Under Fire.

A successful storm for NBC

When a network brings shows together, the result can be energizing or awkward. According to ET Online, in 1991, NBC managed to pull off a crossover night that worked. It brought together three of the popular sitcoms in their lineup: The Golden Girls, Empty Nest, and Nurses.

Part of the reason that the storyline worked is its simplicity. The three shows were all set in the same area in Florida, and they were loosely connected already. To bring the characters together, the writers created a plot that extended through all three programs’ episodes on one Saturday night. A hurricane was bearing down on the area, and this forced the characters out of their own sets and into each other’s environments.

NBC promoted the event with spots that promised a night with “an event so big, we can’t keep it in one show!” By all accounts, the effort was successful. Perhaps because they were inspired by NBC’s triumph, a few years later, ABC decided they should try their hand at a crossover evening too.

A crossover attempt for ABC

Six years after NBC created the hurricane that pulled their sitcoms together for one night, ABC came up with an ambitious plan to connect four of their popular shows. Screen Rant explains that the evening was promoted as Viva Las Vegas night, and it involved the programs Grace Under Fire, Coach, The Drew Carey Show, and the sitcom Ellen. But since these programs all happened in different places, they needed a plot that would cause the characters’ paths to cross.

The gimmick they used was Las Vegas. For that one evening, characters from all four shows ended up in Vegas for one reason or another. Through a series of implausible events, each episode that night featured characters from one of the other sitcoms. For example, Grace from Grace Under Fire flew to Las Vegas to look at a potential retirement home for her mother-in-law. While she’s there, she stops to gamble, and two of the people who happen to be at the table are Drew Carey and Luther from Coach.

Despite the fact that the crossover included four popular sitcoms of the time, according to Flavorwire, it was a flop. There was no event to bring the four worlds together, as with the hurricane on NBC. Because of this, the different plots had to be manipulated to create a connection. The result felt forced and like a ploy for ratings.

On top of that, the four sitcoms all had very different styles. Drew Carey’s sarcastic tone didn’t mesh well with Luther from Coach, as he bumbled through in his easy-going way. The four worlds were just too different to come together easily, and the intersections were awkward.

Although some fans enjoyed seeing the different sitcoms interact, in the end, Viva Las Vegas night just didn’t work. Viewers felt that it came across as a desperate ploy to get ratings. And in show business, desperation is never a good thing. The Golden Girls could have told them that.